Will China soon rule the world?

Whether or not China is ready for global leadership, Donald Trump's disruption on the world stage has invited a new order 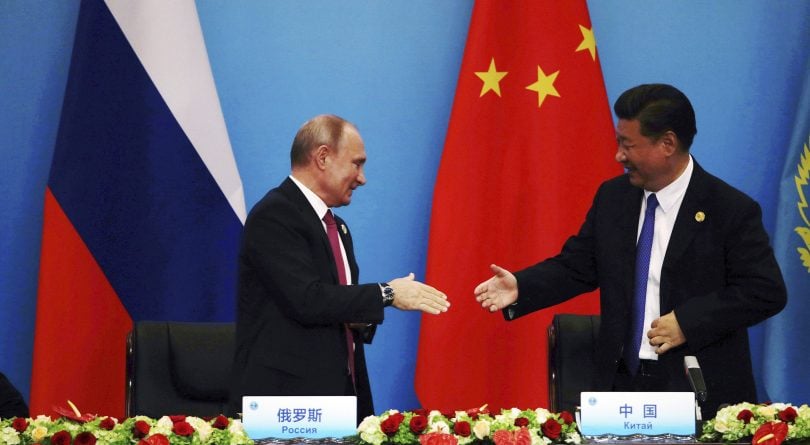 U.S. President Donald Trump’s efforts to dismantle the so-called liberal order through challenges to NATO, NAFTA, the WTO and the Paris climate accord raise the question of whether the prospects for Chinese global dominance have improved markedly.

While American allies are riding out the storm for now, the tumult Trump leaves in his wake wherever he goes is already creating space for Chinese leadership on a host of issues.

It’s no secret that Chinese President Xi Jinping sees China as the world’s natural leader. Since taking office in late 2012, he has pushed forward the massive Belt and Road project and dozens of new economic and diplomatic deals.

Xi has also vowed to make China fully developed by 2035 so that it can take the lead for the new “community of the common destiny of humankind” by 2050.

Does Trump’s “abdication” mean we are headed for a world run by the Chinese?

International relations scholarship is dominated by materialist theories of hegemony, the political, economic or military predominance or control of one state over others. These theories suggest that the rise of an economically powerful state is sufficient to trigger a hegemonic transition. The most powerful states set the rules of the game. The rise of China’s economy will lead to Chinese military dominance and ultimately to Chinese leadership of international order.

A cultural dimension to world domination

However, some scholars have argued that hegemony has a cultural dimension. This implies that the strength and stability of hegemonic orders also depends on the values and identities of the world’s most powerful states, that is, among all the great powers.

In a new research paper, we rethink hegemony to include this cultural dimension. In our view, hegemony is leadership of an order. Leadership requires followers. So hegemony is based on securing a measure of consent from the governed.

In this case, the governed are the other great powers. The measure of consent they are willing to offer the hegemon depends on whether those powers share the values and identities of an existing or rising hegemon.

In today’s world, that means we have to look at whether Brazil, France, Germany, India, Japan, Russia and the United Kingdom support Western hegemony, or whether they might join a Chinese challenge to the global dominance throne.

To get at this, we conducted a study of national identity in each of these countries. We led a multinational team of analysts who coded political speeches, newspapers, high school history textbooks, novels and movies. We instructed our analysts to count and code all phrases that invoked the country’s identity or defined what it means to be a member of the country.

A major obstacle to Chinese hegemony

Our main finding is that the values and identities of the great powers present a barrier to a Chinese hegemony. To begin with, in seven out of nine of the great powers, democratic governance is seen as central to national identity. Only China and Russia do not identify as democratic.

Furthermore, while support for neoliberal economic beliefs is mixed, there is no clear alternative that many states support.

These findings suggest that the cultural basis of Western hegemony is stronger than many believe. The U.S.-led order might remain stable in the face of a Chinese challenge or an American decline.

China’s ability to form a hegemonic order is also deeply constrained on a social-cultural level. China is excluded from the order because its authoritarian, socialist identity is at odds with democratic neoliberalism. Thus it’s unlikely to join and transform the order from within.

China is also unlikely to be able to draw powerful followers into anti-Western coalition. Its national identity discourse is insular and propagandistic, and so it’s hard to see how it could craft an ideology or vision that would motivate followers.

China has lots of partners in today’s world, but these relationships are transactional. They are not grounded in the shared values and identities necessary to secure the consent of the governed. While China may seek to cultivate a favourable set of beliefs and values among the other great powers, this process is likely to take decades.

In short, we would not bet on China’s hegemonic prospects just yet.

Given that Chinese hegemony may be foreclosed for the foreseeable future, what are the prospects for international order in the next 50 years? There are, broadly speaking, three other possibilities:

Many in the West hope for the first, but if Trump succeeds in shifting the Republican party and U.S. foreign policy away from internationalism, then the latter two become the most likely possibilities.

Our data suggest that a democratic coalition of Europe, Brazil and India could reinvigorate the order. But at this juncture, it appears that the anti-globalist right is winning what Antonio Gramsci, the Italian Marxist philosopher and politician, calls the war of position, not liberals or progressives. This makes the dissolution of the order far more likely.

It is true that dissolution may lead to a “multiplex” order. This vision is pretty uplifting: cooperation might continue à la carte without total chaos.

But we shouldn’t rule out the likelihood of a fragmented order built around a handful of neo-mercantilist centres. That would mean the international system is about to enter an age without hegemonic leadership that will be marked by confusion—and vigorous disputes over the rules of the game.