The queen upped her duties, and Prince Charles did more work than Prince William and Prince Harry combined 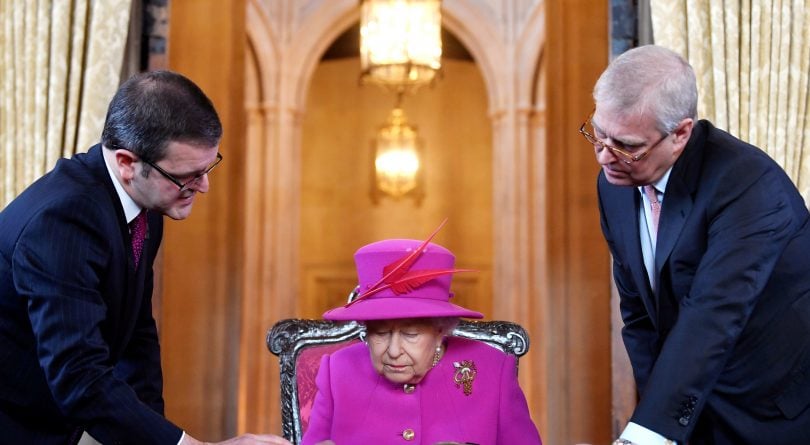 Queen Elizabeth II just won’t slow down. She’s had the same regal job for the last 66 years, and still undertakes a punishing workload, all while 92 years old. That’s 27 years beyond the usual retirement age of 65. And don’t just take my word for it; look at the statistics I’ve compiled throughout the year.

Though, yes, her overall tally of engagements has declined as her age advanced, that trend stopped in 2018. In 2017, she undertook 292 engagements. In 2018, she completed 293. Yes, it’s a tweak up of one engagement, just a 0.3 per cent change, but show me how many other nonagenarian heads of state are increasing their work schedules?

In fact, she claimed the No. 5 position in the overall 2018 rankings of full-time working members of the House of Windsor. Of the 14 other royals whose official engagements are recorded in the Court Circular, only her four children—Prince Charles, Princess Anne, Prince Edward and Prince Andrew, in order from the No. 1 ranking to No. 4—exceeded her workload by year-end. (Prince Philip still does a few engagements, and so is included in the overall chart, but, at 97, he isn’t a full-time royal any more.)

It was a year of hellos, goodbyes and reappearances. While 2018 marked the first full year of Prince Philip’s retirement, it also witnessed the arrival of a new royal in the form of Meghan Markle, now the Duchess of Sussex. The other big change was that one of the family’s most popular members, Kate, Duchess of Cambridge, was largely away from the public eye on maternity leave, from March to October.

READ MORE: Christmas with the royals: How to know who’s up, who’s down—and who’s feuding

In total, the family increased its workload by nearly 300 engagements to just a smidge under 3,900. That increase was largely due to the quickened pace of two of the hardest working royals, brothers Prince Edward and Prince Andrew. Prince Edward, who spent a lot of the year focused on the Duke of Edinburgh’s Award charities, which he heads, increased his pace by some 65 per cent from 2017. Prince Andrew, whose Pitch@Palace entrepreneurial charity is expanding worldwide, did nearly 20 per cent more than last year. Those increase helped offset slight declines by perennial front-runners Prince Charles and Princess Anne.

While the Queen and her four children account for the majority of all engagements by the royal family, the younger members of the Wales’s clan have been upping their tallies. William took on 20 per cent more work, which included taking over several investitures from the Queen, even though he was off for a good chunk of the late spring and summer to spend time with his growing family. Though his brother, Harry, went with new wife, Meghan, for a hugely successful two-week tour of Australasia, his relatively light schedule meant he only pipped his 2017 numbers by four per  cent. It was enough for just the 10th spot, behind Camilla, Duchess of Cornwall, as well as Edward’s wife, Sophie, Countess of Wessex, and the Queen’s cousin, the Duke of Gloucester.

Interestingly, Prince Harry and Prince William exceeded their father when it came to foreign nations they visited in 2018, a sharp reversal from last year. Both went to 11 nations, while Charles went to 10, down from 16 in 2017. In part, that was a result of an ongoing realignment of royal duties, as the Prince of Wales takes on more and more duties that would have once been done by the Queen, including meetings with visiting political, religious and traditional leaders. Just before Christmas, the Emir of Kano stopped by Charles’s London residence, Clarence House. The previous week, it was Saad al-Hariri, Lebanon’s prime minister-designate.

Beyond the topline results, it’s fun to play with the huge Excel file, to see what trends and discoveries pop out from the data. For instance, while Prince William and Prince Harry (and their wives, Kate and Meghan) dominated headlines during the year, their father, Prince Charles, did more work than both of them combined. He is so famous for his long work days that, while he did 30 more engagements than his sister, Anne, he did them in 32 fewer days.

Also, Camilla, Duchess of Cornwall, completed more than half her engagements without her husband being there, in contrast to Kate (28 per cent without William) and Meghan, whose 11 per cent solo rate reflects her deliberately slow, careful introduction into royal duties. As Kate and Meghan’s duties increase, expect them to also spend more time focusing on their own charities and endeavours.

As well, the younger royals are undertaking more duties in the privacy of royal palaces, including meeting with leaders of organizations they support, or holding lunches or receptions for charities of which they are patrons. The leaders of working inside royal residences are naturally the Queen and Prince Charles. Even Princess Anne, famous for her punishing schedule and diverse commitments, spent more than 15 per cent of her engagements at receptions, meetings and dinners in royal palaces.

Sometimes, however, it feels like the royals are out and about everywhere. There were 25 days in 2018 when more than 10 members of the royal family were working at the same time, while members of the House of Windsor knocked off 30 or more engagements on 18 days during the year. That trend will also change in the near future as the Queen’s cousins—Princess Alexandra of Kent, the Duke of Kent, the Duke of Gloucester and his wife, who are all more than 70 years old—retire after decades of service to Crown and country.

And while 2018 may be the year the Queen increased her duties, it’s also a year in which her family is increasingly easing her workload. More than 20 investitures were overseen by Charles, Anne or William “on behalf of the Queen,” so as to spare her hours on her feet. And, perhaps most notably in 2018 after the retirement of Prince Philip, she has gone out in public with members of her family, including taking Meghan overnight on the royal train so they could undertake a day’s worth of engagements in Cheshire, or going with Prince Charles to unveil the first tower built at Westminster Abbey in more than three centuries.

In the end, the royals know they are part of the “family firm,” as the Queen’s father once called it. It’s one that has been handed down generation to generation with only a few hiccups during the centuries (as well as an execution and perhaps a murder or two). The work done by the Windsors in 2018 simply adds to that history and helps cement the family’s role at the centre of Britain and the Commonwealth for years to come.