Patricia Treble: Even with the detailed grilling by Emily Maitlis, there remain unanswered questions. Here are some. 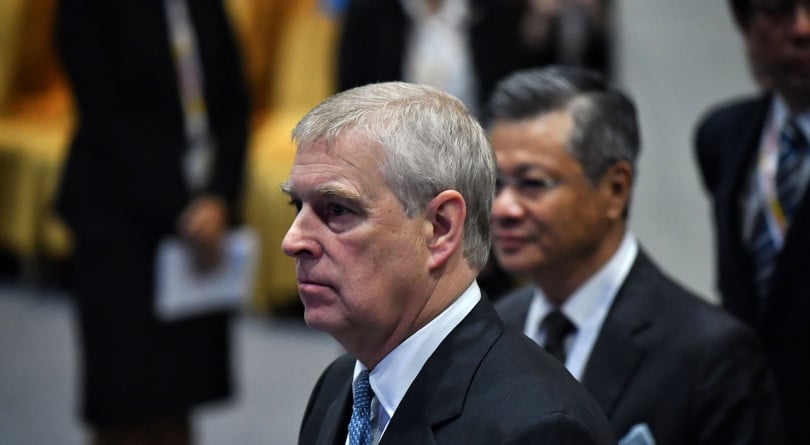 Britain's Prince Andrew, Duke of York (L) arrives for the ASEAN Business and Investment Summit in Bangkok on Nov. 3, 2019, on the sidelines of the 35th Association of Southeast Asian Nations (ASEAN) Summit. (Lillian Suwanrumpha/AFP/Getty Images)

When Prince Andrew and his advisors decided that he should sit down with Emily Maitlis for a no-holds barred interview on Newsnight, a hard-hitting BBC news show, they must have hoped it would clear away some of the allegations and rumours swirling around the Duke of York regarding his friendship with convicted pedophile Jeffrey Epstein.

That decision blew up in their faces with reaction that was anything but positive. “I expected a train wreck,” tweeted Charlie Proctor, editor-in-chief of the Royal Central website. “That was a plane crashing into an oil tanker, causing a tsunami, triggering a nuclear explosion-level bad.”

For an hour, Maitlis forensically interrogated Andrew. Yet, even with that detailed grilling, there remain unanswered questions.

But there are lots of other young women who have been identified as having been abused by Jeffrey Epstein. Their faces have been all over the media. Do you recognize any of those faces? If yes, then please explain the circumstances.

2. Virginia Roberts (now Virginia Giuffre) has repeated her claims against you both in public and in legal filings since 2015. Aside from a few blanket written statements denying any involvement in Epstein’s crimes, you have never specifically refuted her claims regarding that day in London on March 10, 2001. Now you say you took your daughter, Beatrice, to a party at a Pizza Express in Woking and then, later, were home with your children while your ex-wife was away. You said you were reminded of your whereabouts on that day and then remembered the pizza event, which was unusual.

Who reminded you of that day?

3. Do you or others have a diary or other written documentation to back up your whereabouts that day? What about documentation from your police security?

4. Will you say you never had sex of any kind in an Epstein residence?

5. Have you ever had sex at Ghislaine Maxwell’s home in London? (That’s where Virginia Roberts says she was told to have sex with Prince Andrew in 2001 when she was 17.)

6. If you had sex in one of those residences, do you remember the name of the person, date, etc.? Was that person of legal age of consent, i.e. 18 and over? How do you know?

7. If you had sex in one of those residences, was Jeffrey Epstein or Ghislaine Maxwell in the residence at the same time?

8. Have you ever had a massage at any Epstein residence? Describe the circumstances.

9. If you had a massage, please describe the masseuse (male/female, age, etc.)? What type of massage? Were you clothed?

10. During your time in Epstein’s residences, did you ever see anyone else getting a massage?

11. In 2017, your ex-wife, Sarah, Duchess of York, with whom you are extremely close, admitted that Jeffrey Epstein paid US$24,000 to partially clear her debt to her former personal assistant, Johnny O’Sullivan. She apologized, saying “I personally, on behalf of myself, deeply regret that Jeffrey Epstein became involved in any way with me,” adding: “Whenever I can, I will repay the money.” Did she or anyone else ever pay off that debt?

12. Did Epstein give any other money beside that one payment to anyone in your family? Describe the circumstances. Has that money been paid back?

13. Has Epstein ever done a favour for you or your family? Describe the circumstances.

14. Looking back, do you think his help of Sarah’s financial debts influenced your behaviour?

15. Do you understand why so many find it unbelievable that you went to New York, stayed in his mansion for four days, and took part in a dinner party in order to end your relationship with him, because he was now a convicted sex offender?

16. Why stay there—even if it is a “convenient place to say”—as there are lots of hotels in New York?

17. Why be seen with him in public, specifically in Central Park, given the scrutiny on both him and you regarding your friendship?

18. You talk about going to see him as being an honourable thing. Was he worthy of that honour?

19. You said you made lots of contacts while at Epstein’s residences and his dinner parties. Have you talked with any of those people about Epstein and his criminal activity? Can you describe those conversations?

20. You’ve said you don’t regret meeting Epstein, yet the experience of so many young females is radically different. You were one of the A-list people he surrounded himself with to burnish his reputation. So what do you say to those women about your behaviour, especially in continuing to stay with him even after he was a registered sex offender?

21. You had Epstein and Maxwell invited to Windsor Castle for a party, as well as the Queen’s estate of Sandringham for a shooting weekend, both times before rumours swirled publicly regarding his sexual proclivities. Have you done any follow-up to see if he did anything criminal during those stays?

22. Was Epstein vetted before being allowed into those royal residences? If not, do you now vet such guests?

23. You said you met Ghislaine Maxwell earlier this year, before Epstein’s arrest. Given all the allegations against her, that she procured young girls for Epstein and helped cover up his crimes, why are you still meeting her?

24. Since you stated in the interview that you didn’t sweat in 2001 due to a medical condition resulting from your combat in the Falklands, as well as saying that “I’m terribly sorry but if I, as a member of the royal family, and I have a photograph taken and I take very, very few photographs, I am not one to, as it were, hug and public displays of affection are not something that I do.” Since then, photos have hit social media showing you hugging women, and sweating. Do you want to explain further? Perhaps offer medical proof?

25. Have you considered taking a leave from royal duties?

26. There is lots of speculation as to the status of the U.S. federal investigation into Epstein and his associates, which continues even after his death. Given the suddenness of this interview, it must be asked: are you getting out ahead of something?