How to watch the royal wedding of Prince Harry and Meghan Markle: an expert's guide

How to watch the royal wedding and related programming, the moments to look out for on the big day, and even what to eat and drink as you take in the spectacle 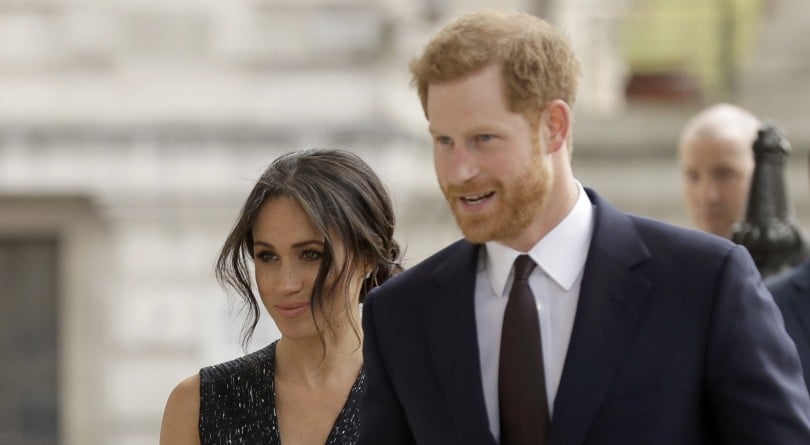 Maclean’s is carrying live video of the royal wedding. Read on for some other options:

Yes, Prince Harry and Meghan Markle are getting married on the Victoria Day weekend. No, that’s not ideal—seriously, isn’t there an unwritten rule that no one should marry on a long weekend? Yes, that means viewers have to wake up really early on Saturday instead of enjoying a well-deserved lie-in. But how often do we watch big royal weddings like this? The last was seven years ago when Prince William wed Kate Middleton. Before that, it was way back in 1986 when Prince Andrew and Sarah Ferguson tied the knot (sure, some got up in 1999 for Prince Edward’s nuptials to Sophie Rhys-Jones, but it wasn’t a huge deal like the others).

If it helps, the time zones are so advantageous to Canadians that no one should feel pressured to change out of the jammies until after the wedding is finished. Plastic tiaras and crowns are optional.

To get the most out of the wedding, it’s necessary to know a bit about the royal family and the Anglican wedding service so one doesn’t miss those little moments that will have everyone talking. We’ll also get into drinking and eating recommendations for the big day. But first, here are the particulars of where and when to watch the wedding.

READ: Everything you need to know about Prince Harry and Meghan Markle’s royal wedding

How to watch the royal wedding on TV and online

Here’s the schedule for the day, May 19:

7 a.m. ET: The bride arrives and the wedding ceremony begins

8 a.m. ET: The bride and groom leave St. George’s Chapel for a 25-minute carriage ride through the town of Windsor before returning to Windsor Castle for an afternoon reception.

Approximately 2-3 p.m. ET: The newlyweds leave Windsor Castle for an evening dinner and party at nearby Frogmore House, hosted by Prince Charles.

Live coverage of the wedding on TV:

The big networks in Canada will broadcast the wedding, with coverage starting at around 4 a.m. ET, notably CTV,  CBC and Global.

How to watch the royal wedding online:

Maclean’s is livestreaming the wedding with the video starting at 2 a.m. ET. The wedding will also be streamed online at CBC, CP24 and CityNews.

The Royal Family’s official YouTube channel will also carry coverage of the wedding.

Replays to watch that day:

9 p.m. ET/PT: A two-hour special, Harry & Meghan: The Royal Wedding, featuring highlights of the royal wedding as well as the love story of Prince Harry and Meghan Markle on CTV and CTV Go.

10 p.m. ET/PT (repeating on May 20): A Very Royal Wedding: The wedding of Queen Elizabeth and Prince Philip in November 1947 in post-war Britain, on CBC News Network (The Passionate Eye)

Every news and entertainment show has special royal wedding programming planned in the days leading up to the wedding.

10 p.m. ET/PT on May 12 and 13: Prince Harry and Meghan Markle: Truly, Madly, Deeply: A look at why Harry and Meghan, who are from very different worlds, are the perfect match, on CBC News Network (The Passionate Eye)

The Coronation: In a rare television interview, the Queen discusses her 1952 Coronation at Westminster Abbey, when the weight of a nation was put her on her shoulders. (CBC, time and date to come).

Windsor family dynamics — who is in, who is out

No one gets on with every uncle, cousin or brother. The House of Windsor is no different. Here are some relationships to watch for:

MORE: Check out our cheat sheet of who’ll be there when Harry and Meghan tie the knot

1. Everyone is deferential to the Queen. Everyone. She will be the last to arrive and, if the waiting royals are meeting her for the first time in the day, they will drop into curtsies so deep their knees will almost skim the floor or execute sharp neck bows. There are no exceptions.

2. Prince Philip: The Queen’s husband, 97 next month, hasn’t been seen since leaving the hospital after hip replacement surgery last month. (Update: he drove himself to the Windsor Horse Show on Friday, May 11. He didn’t get out of the car, but that’s a sure sign he’ll be at the wedding.) While everyone expects that he’ll move heaven and earth to be at his grandson’s wedding, what isn’t known is his condition. Will he be in a wheelchair or walking, perhaps with a cane?

Also, watch for who is near him. He’s famously close to daughter Princess Anne as well as son Prince Edward and his wife, Sophie, Countess of Wessex.

He’ll also do everything in his power to avoid being in the same picture as Prince Andrew’s ex, Sarah Ferguson. They loathe each other (he for her scandalous behaviour, she for his refusal to consider her re-entry into the royal family by possibly remarrying Andrew).

3. Expect the royals to take Meghan Markle’s mother under their wings and make sure she is comfortable as the press record the events for posterity. The Windsors know how intimidating the exposure can be and want Doria Ragland to enjoy her daughter’s wedding. (Updated on May 17 to reflect that Thomas Markle won’t be going to the wedding.)

4. Kate, Duchess of Cambridge, gave birth to her third child on April 23. Less than a month later, she has to dress up for the biggest event of the year, knowing every camera will be looking to see what she wears and how she looks in it. No pressure, then.

5. The kids: British weddings traditionally have children in the bridal party—lots and lots of very, very young children. It can be cute and nightmarish at the same time. Prince William still gets ribbed about when, as a four-year-old, he stuck out his tongue at his cousin during the nuptials of Prince Andrew and Sarah Ferguson. Last year, Kate spent way too much time corralling her own children, George, then 3 and Charlotte, 2, at her sister’s wedding.

Kate will likely be on mothering duty again, as her eldest children are heavy favourites to be in their uncle’s bridal party.

When it comes to the options for Queen Elizabeth II, think diamonds, lots of diamonds, and pearls, beautiful strands of pearls. The Queen always choses jewellery befitting a family wedding. Her double- or triple-strand pearl necklaces are all family treasures (some are historic, such as a necklace composed of pearls from Queen Anne, the last Stuart monarch who died in 1714, which she wore for her own wedding in 1947).

What everyone wants to see is which brooch she’ll pin to her outfit. For a while, she favoured her Williamson diamond brooch, which includes the “finest pink diamond ever discovered” and which has Canadian roots in its fascinating back story. Then, for William’s and Kate’s nuptials, she switched to the romantic True Lovers Knot Brooch, also pinned to her outfit for the wedding of her sister, Princess Margaret, in 1960. The large ribbon brooch was bought by that magpie of regal jewels, Queen Mary, in 1932 and given to her granddaughter, the present Queen, on her death in 1953.

Aside from the Queen, the other royal woman who often loads up her outfit with jewellery is Camilla, Duchess of Cornwall. Her penchant for multi-strand pearl chokers with jewelled clasps is well-established, as is her affection for wearing brooches, often important ones inherited by her husband, Prince Charles, from his grandmother, Queen Elizabeth the Queen Mother.

Kate, Duchess of Cambridge, usually chooses a dramatically large pair of earrings, but rarely wears necklaces or brooches during the daytime.

The rest of the royal women will wear an assortment of family jewels, seen many times before at high-profile royal events such as weddings.

As for the men, look at the tie-pins and cuff links that they wear to spice up their traditional black and grey morning suits.  Prince Charles has a large collection, including at least one set of Fabergé cuff links that belonged to the last czar of Russia.

MORE: Will Meghan Markle wear a tiara on her royal wedding day?

How royals are identified is always a source of confusion and comment. So, while the conventions are enormously complex, here are the basics. Study them so you can wow everyone at your royal wedding party:

Only monarchs get this style, and we’ve had the same one for the last 66 years, Queen Elizabeth II.

HRH is a “style” while “prince” or “princess” is a title.

The styles and titles are automatically given to children of a monarch. Ditto for grandchildren, but only if they are kids of princes.

So that’s why Prince Andrew’s two daughters are both princesses (Beatrice and Eugenie of York) while Princess Anne’s two children have no titles. (Also, she and her ex-husband, Mark Phillips, deliberately turned down titles, so as to not burden their children with the royal monikers.)

Also, they get to use their given names after the titles, a convention that is not usually extended to those who marry into the royal family. So while the Queen’s daughter is Princess Anne, the wife of her grandson is HRH the Duchess of Cambridge (err, that’s Kate, without that ducal title she would be HRH Princess William of Wales).

Sometimes, the styles and titles are not used. So Prince Edward’s children are technically HRH Princess Louise and HRH Prince James, the monikers aren’t officially used. Instead, they use the titles that come from his title of the earl of Wessex, so Lady Louise and Viscount Severn. In time, Edward will inherit his father’s dukedom of Edinburgh, which will push James up to the earl of Wessex.

Just before Kate gave birth to her first child in 2013, the Queen quietly added a codicil to the rules, extending the styles and titles to the children of Prince William (otherwise, as great-grandchildren of a monarch, they wouldn’t have been covered by the above rules).

However, that codicil doesn’t apply to any future children of Harry. So, unless Elizabeth II tweaks the rules again, his children will get titles similar to those of Edward’s children.

What to eat and drink

1. Tea (preferably loose leaf)
2. For those who can indulge safely, perhaps a morning tipple, such a mimosa or champagne or prosecco, to loosen tongues as everyone critiques the outfits of the guests and bridal party alike.
3. Scones, jam and cream. If you can’t find thick Devon cream, then whipped cream will suffice. Homemade jam is best while Tim Hortons offers pretty good tea biscuits (plain!).
4. Chocolate. No, it has nothing to do with royal event, but when is eating chocolate not a good idea?
5. For those insisting on something healthy, perhaps yoghurt, granola and fresh fruit.