The London landmark may not be hosting a royal wedding, but history is still being made: the first new structural addition in centuries will reveal 'the best view in Europe' 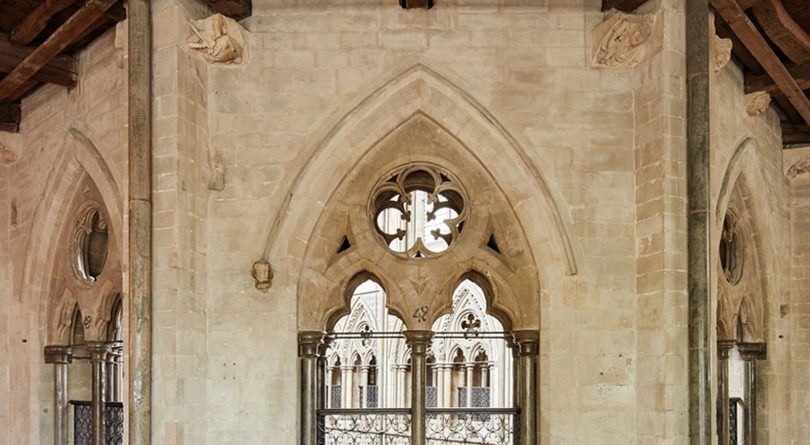 John Hall is a happy man. It’s not just the fact that there’ll be no intense worldwide scrutiny on the dean of Westminster Abbey this summer, since the year’s big royal event—the wedding of Prince Harry and Meghan Markle—is taking place at Windsor Castle, unlike in 2011, when the massive nuptials of Prince William and Kate Middleton shut the popular tourist attraction down for days on end. No, his joy comes from something perhaps even more historic: the opening of a new tower, the first such update to the structure of the London landmark since 1745, when Canada was known as New France, George Washington was a 13-year-old with dreams of joining the Royal Navy, and London’s most famous church finally completed building its west towers, designed by Nicholas Hawksmoor.

The abbey—the setting for every monarch’s coronation since that of William the Conqueror in 1066—will use its new Weston Tower to access the triforium, officially known as the Queen’s Diamond Jubilee Galleries. A vaulted loft 21 metres above the abbey’s floor that wraps around its eastern end, the triforium has been hidden from the public since it was created some seven centuries ago. It boasts such dramatic interior vistas down the length of the abbey to the huge stained-glass window at its western end that the poet John Betjeman described it as “the best view in Europe.” In addition to the view, the galleries will display some of the abbey’s cherished objects, including the Liber Regalis, a 14th-century illuminated manuscript explaining how to crown monarchs.

Still, happy as he is, Hall remains rather British about the historic achievement. “I shall feel a sense of satisfaction,” he says.

The idea for the triforium has been kicking around ever since Hall was appointed the abbey’s dean in 2006 and had an intriguing conversation with its archaeologist, Warwick Rodwell: “He said to me, ‘There is this amazing space around the abbey. And lots of it is just not used at all. Wouldn’t it be marvellous if we could do something up there?’ ” The dean popped the idea in the back of his mind as he moved onto more pressing matters, including building an education centre, as well as a café and restaurant.

But in 2012, he turned his attention back to the triforium. For years, few ventured up its tight spiral staircase, located behind a small door in Poet’s Corner under a plaque for Ben Jonson. When Hall entered the triforium, it was serving as Westminster Abbey’s attic, full of historic junk and detritus. He immediately saw why Rodwell was so intrigued. The vaulted loft is surprisingly large, separated into four rooms that reflect the chapels below it. As Hall explains, in addition to “this extraordinary view of the abbey from it, you also have views out [its windows] to the Palace of Westminster,” more commonly known as Parliament, located across the street. 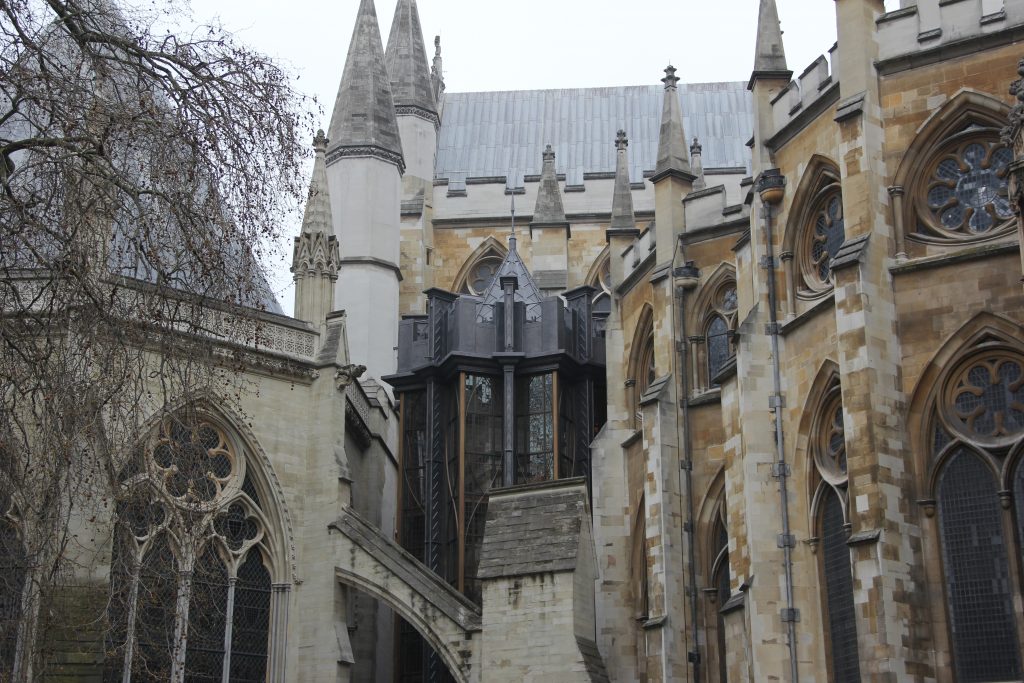 The Weston Tower, middle in black, nestled amid the other towers of Westminster, photographed in April 2018. (Dean and Chapter of Westminster)

From the start, the dean knew it would be a “tough project.” For one, the existing staircase wouldn’t suffice. To get visitors up and down seven storeys, the abbey needed a tower, which would hold both an elevator and a staircase. And that would be expensive—a particularly tricky fact for a religious site that’s known as a “royal peculiar,” which means that, since 1558, each dean has been answerable only to the sovereign, and is exempt from the jurisdiction of the local Anglican diocese. As such, it gets no funding from the church, government or royal household, but rather is “heavily reliant” on tourist dollars, according to its latest annual report. So while everyone can attend religious services for free—its evensong services are very popular—adult visitors wanting to ogle the sumptuous 16th-century fan vaulted roof of the Lady Chapel or the tomb of Queen Elizabeth I will have to pay $35. In 2016, some 1.16 million visitors paid for entry, representing an increase of 4.5 per cent from the previous year; that accounted for 57 per cent of the abbey’s income.

But the abbey was able to raise a total of $40 million (22.9 million pounds). “We didn’t get any money from a heritage fund or from the government or anyone,” Hall explains. “It was all private individuals and trusts.”

When it came to designing the tower, the abbey’s size and importance meant it was able to handle the project in house. Architect Ptolemy Dean, who has the title of “Surveyor of the Fabric,” designed a tower. For most visitors, it is all but invisible, nestling between the 13th-century octagonal Chapter House and the south transept (an aisle crossing the nave, or central part of the church, just before the sanctuary that contains the altar) that is home to the Poet’s Corner. The metal tower is clad in lead with large windows made of small leaded panes; its star shape echoes the abbey’s perpendicular Gothic architecture while its shallow-stepped staircase gives visitors some of the best views in London. 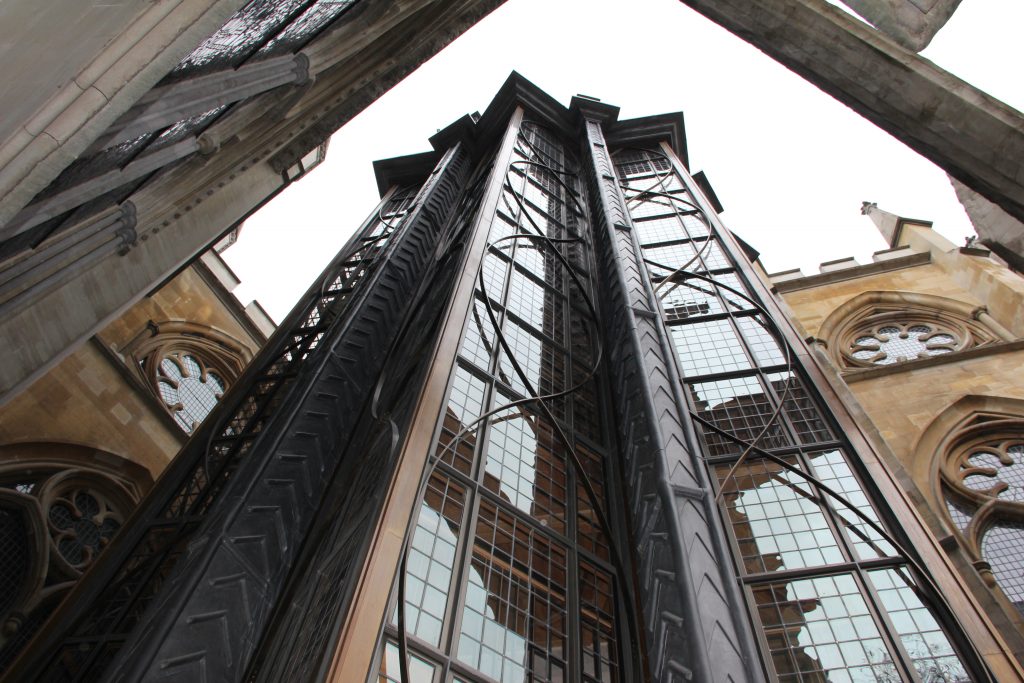 The Weston Tower, photographed in April 2018. (Dean and Chapter of Westminster)

For such a historic building—it’s a World Heritage Site—getting official permission to add a tower ended up being a relatively simple process. On Ptolemy Dean’s suggestion, the abbey spent 40,000 pounds ($70,000) to construct a detailed balsa wood model that showed how the abbey would look with the new tower. Then, Hall made sure all interested parties got to see it, starting, naturally, with Queen Elizabeth II and her son, Prince Charles, an outspoken architecture critic as well as patron of the tower’s funding appeal. Then it went to the abbey’s “nearest neighbours,” as Hall calls the House of Commons and House of Lords. With no objections raised by interested architectural and historical societies, the abbey’s local authority, the City of Westminster, quickly approved it.

While the tower itself is historic, the items being displayed within the triforium’s galleries are priceless, including the beautiful illuminated marriage licence of Prince William and Kate Middleton from their 2011 nuptials in the abbey. Some have never been seen by the public, including the Litlyngton Missal, a liturgical book of Mass instructions created in the 14th century by one of Hall’s predecessors. After centuries in the library, its pages—richly ornamented with gold and lapis lazuli—have been digitized, so viewers can use a screen to turn the pages of the priceless book. 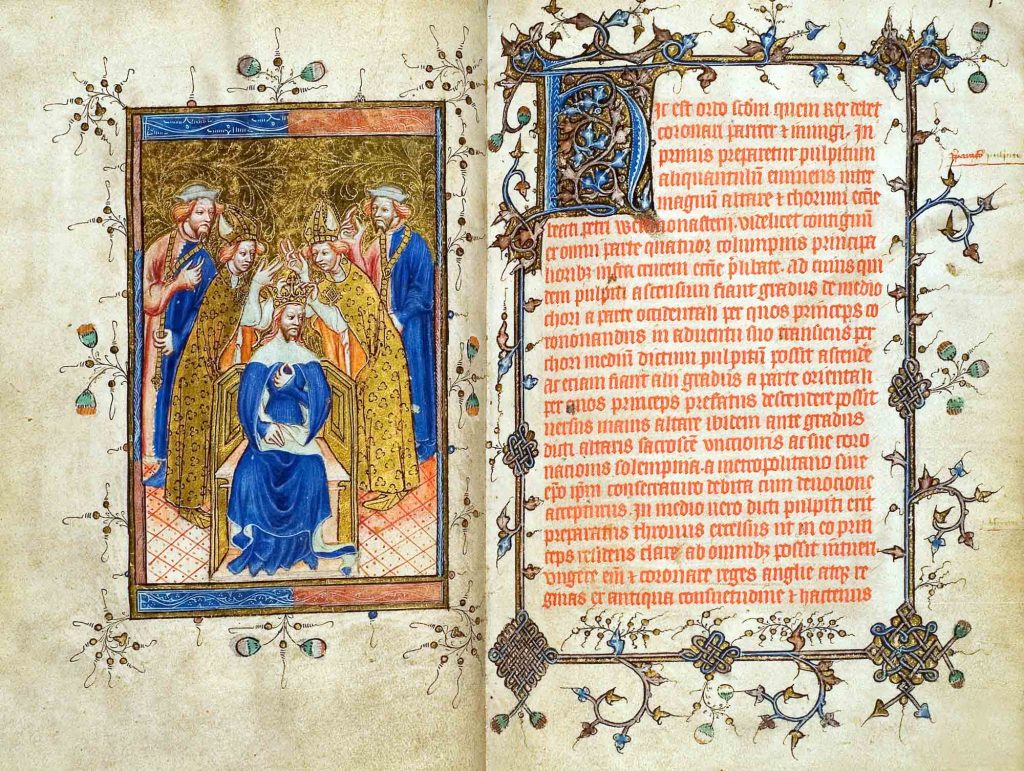 The Liber Regalis: The manuscript known as the Liber Regalis (the Latin title means ‘Royal book’) contains ceremonial instructions and the order of service for the coronation. It may have been written in preparation for the coronation of Anne of Bohemia (1366-94), Queen of King Richard II (reigned 1377-99), in 1382. The basic form of the ceremony recorded in this book has been followed at each subsequent coronation. Picture: Dean and Chapter of Westminster

There are also more unusual offerings, including Queen Elizabeth I’s corset and an original painted wooden copy of King Henry VII’s head, made from a death mask after the monarch died in 1509. Then there are the royal effigies. In the era before photography, when the abbey buried a king or queen, it would “make a wooden or wax effigy of them and to dress them in their own clothes,” Hall explains. “They would be in the funeral procession and then stand beside their grave or their tomb or lie on it.” After they got too dusty or too dirty, “they were shoved up in the triforium.” Now, for the new galleries, the effigies have been radically cleaned and conserved.

For those afraid of heights, the triforium’s openings into the abbey’s interior are guarded by ornate metal railings that will allow views of the building that are not normally seen, including St. Edward the Confessor’s Chapel, a fragile area normally off limits to tourists. Visitors can look outside at the grotesques and gargoyles that decorate the roof of the adjacent Lady Chapel. 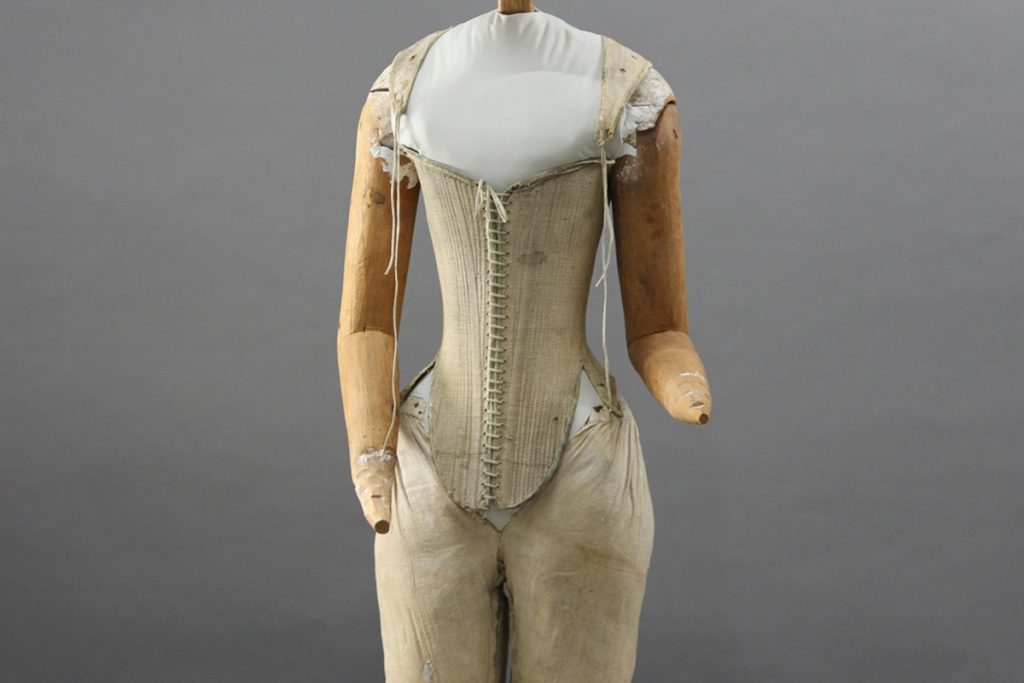 Corset from the funeral effigy of Queen Elizabeth I, 1603: Funeral effigies were fully dressed though only the ceremonial outer garments would have been visible. This ‘pair of straight bodies’ (corset) was supplied by the Queen’s tailor, William Jones, and was probably made especially for the effigy. It is one of the earliest surviving examples of such an under-garment. (Dean and Chapter of Westminster)

But if there is one problem of opening such a new tourist attraction, it could be adding to stresses posed by the abbey’s current popularity. Even in late April, hundreds queued patiently in the grey drizzle to get inside one of London’s top attractions, and line-ups to get in during the summer can top two hours or more. And that only gets one into the abbey; only 300 people can be in the triforium at a time. So its five-pound surcharge ($9) will be limited by a timed entry which, as Hall explains, will soon extend to visits into the abbey itself, too.

On June 8, three days before the new areas open to the public, Queen Elizabeth II and Prince Charles are expected to officially open the galleries that bears the monarch’s name, and for Hall, it will mark the conclusion of a project that most of his 37 predecessors couldn’t achieve. Yet the Anglican cleric refuses to claim credit: “I think I should feel a certain pride in the achievement, but not on my own behalf, [but rather] on behalf of so many people who have given and the people who have worked on it.” Soon, everyone will have a chance to enjoy the source of that pride, and look at “the best view in Europe.”