Baby bets: What the oddsmakers say about Prince William and Kate's third child

What might the name be? How much will the newborn weigh? And when will he or she arrive? Gambling sites are taking wagers on all things royal baby 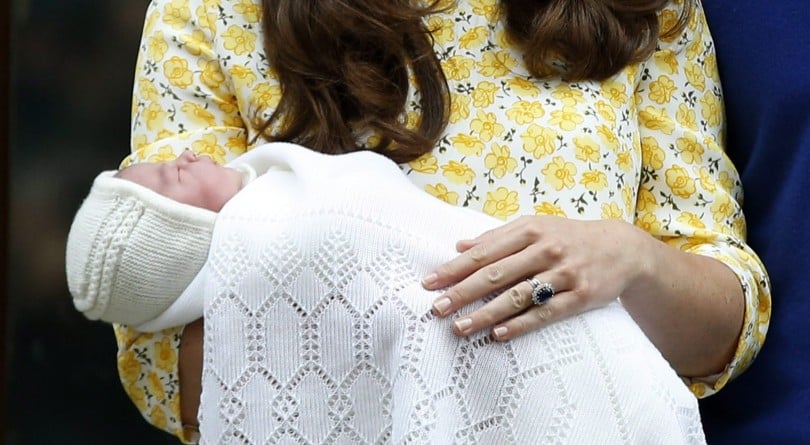 The birth of a child is usually a private experience for parents, family and friends. That won’t be the case for the third baby of Prince William and Kate, Duchess of Cambridge, who will arrive to an avalanche of media coverage, commemorative mugs and plates as well as a deluge of bets on every conceivable statistic involving the newest great-grandchild of Queen Elizabeth II. It’s a bonanza of extra bets for every bookmaker.

One day this month—no official due date was announced, just the month—William and Kate will emerge from the Lindo Wing of St. Mary’s Hospital in London with a well-swaddled baby. They will pose for pictures, then drive back to Kensington Palace.

That’s when bookmakers around the world settle up their royal baby bets. If previous royal baby gambling results are any indication, around $10 million will be wagered on the name alone. It may not come close to the FA Cup or Super Bowl, but it’s a nice bonus, one the betting firms are happy to get. But it’s also been a bit of a roller coaster for the gambling industry, with its odds affected by every rumour and royal comment since the couple announced Kate’s pregnancy last September.

READ MORE: The double standard of being a royal child who’s a spare of a spare

In February, Ladbrokes suddenly halted wagers on the name of Mary when a sudden surge in bets from northwestern England caused the moniker’s odds to shift from 20-1 to 7-1. In mid-April, longtime Aston Villa supporter William took in a game and told one soccer fan that he’d like to name the baby after the winning goalscorer, Jack Grealish—and the odds on that plummeted from 50-1 to 25-1. “He may have been joking,” said Alex Apati of Ladbrokes, “but this could be a huge hint dropped by Prince William and at this stage we’re taking no chances.” Even the pink hues of Kate’s clothes were analyzed for portents of her baby’s gender (though a statistical analysis shows that blue was a far more popular maternity colour for Kate than pink; in fairness, however, that’s true even when she’s not pregnant.)

As Kate’s belly swelled, attention to the various royal baby betting options. Until recently, the firm of William Hill took bets on the delivery date (well, actually a range of dates):

That bet is now unavailable, as days passed without any announcement of an impending birth from Kensington Palace. Some options won’t make a punter rich; William Hill is offering identical odds on whether Kate has a boy or a girl (like previous pregnancies for Prince George and Princess Charlotte, the couple made it known that they didn’t want to know their baby’s sex). It also isn’t taking a position on the day of week of the royal birth.

But when it comes to the impending royal’s weight, there’s definitely a favourite. The odds are 2-1 that its weight will be between 8 lb. and 8 lb, 15 oz. That’s based on history: In 2013, George was 8 pounds, 6 ounces while younger sister, Princess Charlotte was three ounces lighter when she was born in May 2015.

But the betting has largely focussed on what Prince William and Kate will name the newborn. There are so many options that royal bloggers and watchers have spent months analyzing each name for its historical significance as well as discerning whether it fits with modern preferences. In an unscientific, yet educated Twitter survey, royal watchers said Alice was the likeliest girl’s name, followed by Mary; if it’s a boy, Philip and Arthur were in a virtual tie.

The public’s money echoes the royal watchers’ opinions for girls names. As of April 17, Alice is 4-1, followed by Mary at 11-2, according to the William Hill betting firm. Neither have been royal first names since the generation of Queen Elizabeth II’s parents; two of her aunts bore those first names. Such plain, old-fashioned monikers are making a comeback after a few generations of neglect. Indeed, not one of the top 20 options is remotely modern, no doubt influenced by William’s and Kate’s previous choices of George and Charlotte.

Albert, at 9-1—is tied for fifth position, after Victoria at 6-1 (again, as of April 17). Both have become popular choices because of the ITV drama series Victoria, focusing on the romantic, tempestuous marriage of Queen Victoria and Prince Albert. Arthur, a frequent royal middle name, is currently the most popular boy’s name at 5-1 (jumping from 12-1 in a day), while the name of the Queen’s husband, Philip, is down the list at 14-1.

In the end, regardless of the bets—informed or frivolous—the royal arrival date is up to the baby. The name, however, belongs to his parents. As for anyone wanting to place a royal wager, there’s plenty of gambling options to be found around the wedding of Prince Harry and Meghan Markle on May 19.