Harry and William, once famously close, walk their own separate paths

Harry and William are both skeptical of the press. Harry's public emotion contrasts with William's comparative ease with the media. 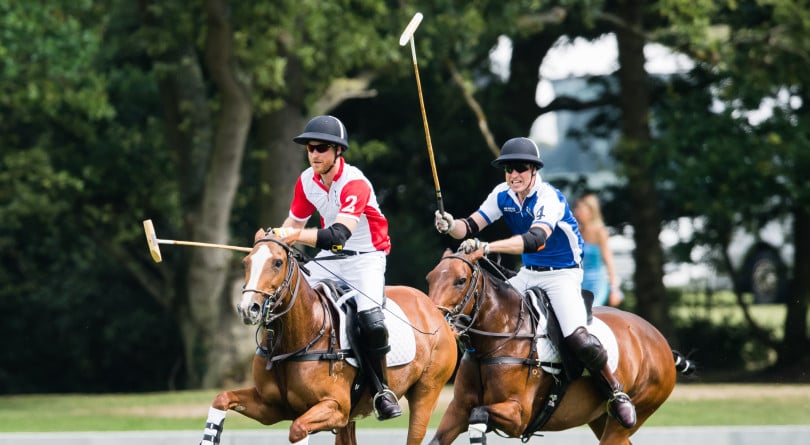 The reverberations of Harry and Meghan’s explosive and raw revelations about their struggles under the spotlight are still echoing in the palaces and castles of the royal family—not to mention among the public—a week after the documentary, Harry and Meghan: An African Journey, aired on British television. Prince Harry talked about how his grief for his mother, Diana, Princess of Wales, is a “wound that festers” and that “every single time I see a camera” belonging to the media, it’s the “worst reminder of her life as opposed to the best.” And his wife, Meghan, Duchess of Sussex, looked like she was holding back tears as she revealed the impact of the pressure she’s been under since joining the House of Windsor, saying “it’s not enough to just survive…You have to thrive, to be happy.”

There were so many headlines—“Meghan reveals her British friends warned her not to marry Harry” and “‘It’s hard’: Prince Harry and Meghan speak of the strain of royal life in new documentary”—that Harry’s confirmation that he and his older brother, Prince William, are no longer close (“As brothers, you have good days, you have bad days”) was soon buried amid the avalanche of news generated from that documentary, the secondary reactions to the documentary and reactions to the reactions.

READ MORE: Prince Harry must decide what kind of royal he wants to be2019

“The relationship between William and Harry is irreparably changed,” wrote Jonny Dymond, the BBC’s royal correspondent. And the brothers and their supporters have turned to the media to get their views out, just like their parents did while squabbling before their divorce. Dymond was told by a source that William was “furious” at Harry’s frank discussions of their personal lives. Reportedly, William wasn’t given a heads-up from his brother ahead of the documentary. Richard Kay, who was one of Diana’s journalistic confidantes during her fractious fight with Prince Charles, was told William was “concerned,” while an aide said Harry and Meghan were in “a fragile place.”

A few days later, an unnamed source close to Harry and Meghan fought back, telling Max Foster of CNN that, as the journalist paraphrased, “the institution around the British royal family is full of people afraid of and inexperienced at how to best help harness and deploy the value of the royal couple who, they said, have single-handedly modernized the monarchy.”

Harry and William have always been more than “the heir and the spare.” Just two years apart in age, the brothers who have followed similar career paths—joining the military and becoming helicopter pilots, focusing their charitable efforts on youth, mental health and the environment. For all their hugs and laughs, William has always been more reserved in public, conscious of his future role as monarch, while Harry openly enjoyed the perks that come with being a rich royal, including a booze-filled trip to Las Vegas with his buddies and flying off for hunting trips to Germany.

Once so famously close that Harry called William “the perfect brother” during his toast at William and Kate’s wedding reception in 2011, they’ve been drifting apart in recent years. Part of the distancing is an inevitable aspect of growing older, getting married and starting families. Now that both siblings have their own spouses, and offspring, their priorities and focus are bound to change and evolve. “Inevitably, stuff happens,” Harry said to Tom Bradby, the documentary maker. “We’re brothers; we’re on different paths at the moment. We don’t see each other as much as we used to.”

In the past year, they’ve split their staff as well as their charitable foundations, in addition to physically putting about 35 km between their homes, which used to be around the corner from each other in the Kensington Palace complex.

Yet, as with most issues involving the House of Windsor, the split involves the media. Both brothers have long been wary of the press, for very good reasons. Not only did their parents splash their marital troubles all over the London papers, but the media hounded their mother, especially at the end of her life, when she’d voluntarily given up police protection. While the media backed off during the brothers’ childhood, some aggressively targeted them when they reached adulthood. During a 2014 trial of News of the World royal editor Clive Goodman, it emerged that he’d hacked William’s phone 155 times, his then-girlfriend Kate Middleton’s phone 155 times, and Harry’s phone nine times. (Goodman was found not guilty at that court proceeding, though he was sentenced to four months in jail in 2007 in a previous phone hacking case).

Harry doesn’t hide the fact that “he basically hates the press,” as one source told Vanity Fair, resenting that he has to co-operate with the media as they give enormous publicity to his causes and royal duties. Recently, he’s avoided the media altogether by releasing personal images via the Sussex Royal Instagram account. So it’s no surprise that he and Meghan have launched a frontal attack on the press as a whole through a series of lawsuits against a few media organizations, calling out what he sees as a “disturbing pattern” of bullying by the media. The couple revealed one legal action while still in South Africa on their own tour, then filed more related to that phone hacking scandal.

In contrast, William has built up “a reasonable working relationship with the media,” explains Valentine Low of the Times. Indeed, during William and Kate’s recent official visit to Pakistan, which wrapped as the Harry/Meghan documentary was grabbing headlines, he joked with journalists after their flight had to abort a landing due to a violent lightning storm.

“The tale of two tours: the princes walking their own paths,” is how the Telegraph headlined an article by Patrick Jephson, Diana’s private secretary from 1988 to 1996, the worst years of the War of the Wales. For Jephson, there was a stark contrast in how the two brothers show their emotions in public. “When royal thought is stoked by raw emotion, the results can veer from unpredictably endearing to mockable and finally to downright worrying,” he writes of Harry. In contrast, “William has adopted that most British of attitudes: that emotion makes a good servant but a poor master.”

On Remembrance Sunday, the entire Windsor clan will gather in downtown London. The princely brothers will stand in front of the Cenotaph with their father while their wives watch from nearby balconies. And whether they like it or not, everyone will be watching the Cambridges and Sussexes for signs of an increasing rift or a rapprochement.