When Harry and Meghan present their new son to the world, will he have a name familiar for a royal? Or something more adventurous? Rank your guesses now! 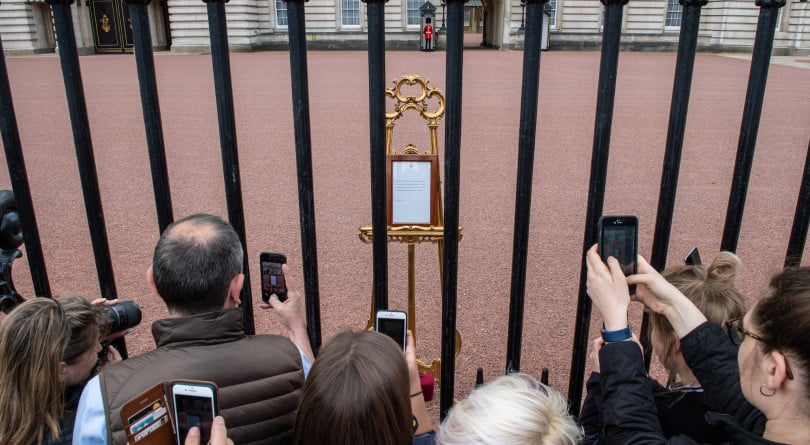 Members of the public take photographs of the official notice of the birth of a baby boy to the Duke and Duchess of Sussex outside Buckingham Palace on May 7, 2019 in London, England. (Photo by Chris J Ratcliffe/Getty Images)

While Prince Harry and Meghan, Duchess of Sussex, enjoy their first full day with their son, the world ruminates on what name they will decide for the newest royal. He’s seventh in line to the throne and not destined for a royal title. (Unless the Queen changes the rules, he will take Harry’s secondary title of Earl of Dumbarton and not HRH Prince like cousins George and Louis.) So the baby can be given any moniker.

While traditional royal names—Alexander, Arthur, Edward—are among the favourites on betting sites, other more esoteric options are also on the table. Spencer was the maiden name of the baby’s grandmother, Princess Di. Meghan once mentioned on her website Tig that Grey was a great baby name for a boy or girl. Grandpa Prince Charles jokingly threw out Shane as a possibility. Perhaps Donald for the first royal with U.S. citizenship in a bid to help Anglo-American relations ahead of the president’s state visit in June.

Or Harry and Meghan could chose something not on anyone’s radar. It’s happened before. Last year, the name Louis came out of the blue, just as a generation before, Beatrice, Eugenie and Zara were chosen for the Queen’s granddaughters. Use the drag-and-drop tool below to make your list. Scroll for more options! Each submission will contribute to our user-generated consensus ranking.

What name would you choose for the new baby?