Prince Harry and Meghan Markle: What happens after the wedding?

Where will they live? What will they do for work after the big day? Maclean's answer these post-royal wedding questions and more 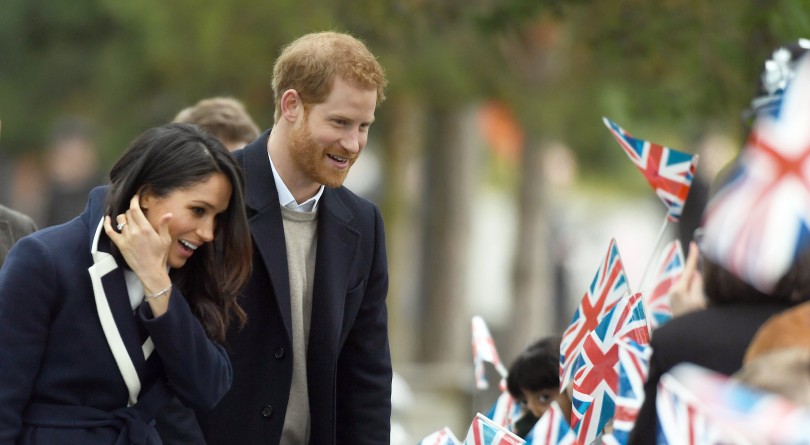 While the questions continue to pile up before Meghan Markle and Prince Harry’s big day—and make sure to read our big FAQ on the royal wedding here—the questions won’t stop even when the pair say “I will” in St. George’s Chapel on May 19. Their first years of marriage will be marked by a radical reordering of their lives as they settle into their roles as full-time royals, with all the trials, tribulations and tiaras involved in such high-profile public duties.

If that wasn’t enough pressure on them, there’s likely going to be the pitter-patter of little feet: The couple have dropped hints they aren’t going to wait long to have children.

Where will they live?

They don’t have a palace or a castle, but they’ll share Nottingham Cottage, around the corner from William and Kate in the Kensington Palace complex. It’s been Harry’s home for a few years, and where he and Meghan spent many hours cocooned in a romantic glow at the beginning of their relationship. It’s described as a cozy two-bedroom house, which means tiny by senior royal standards. No word on its closet space for Meghan’s famously large shoe collection. (William and Kate, who used it until just after Prince George was born, now occupy a grand 21-room apartment.)

They’ll likely trade up relatively soon, as a royal house swaps are inevitable; after all, and not to be morbid about these things, but the Queen is 92. Once Charles inherits the throne, he’s expected to leave the comfortable surroundings of Clarence House for the institutional environs of Buckingham Palace, where he and wife Camilla will literally be living above the shop, where more than 300 staff work.

That means Clarence House will be free for Harry and Meghan. The current thinking is that Prince William and family will stay in their Kensington Palace pad, especially as they just finished renovating and decorating it in their own style.

As well, Harry and Meghan will get a country place to escape from the strictures of London life. Again, they may make do with a temporary place until a more permanent home becomes available (such as Charles’s country estate of Highgrove). Wherever they go, security will be an issue, given their status. That’s why the Queen gave William and Harry a house on her Sandringham Estate in Norfolk. Also, royals are kinda cheap, so a free house is better than a perfect one with a big price tag.

What will they do after the wedding?

Expect them to take on more royal duties. Harry is a full-time working member of the House of Windsor. His charitable focuses are the military and veterans, as well as youth and mental health. He’s very involved in the Invictus Games, a sporting competition for wounded troops, which he started in 2014. It was at the Toronto version of the games last year that he and Meghan made their relationship public.

First pic of Prince Harry and Meghan Markle as couple from @PatriciaTreble pic.twitter.com/75kh1y4ncm

Expect them to do a lot of engagements together, until Meghan is really comfortable with the rules and responsibilities of royal life—who to shake hands with first, how to talk with people without giving away too much about your own personal life, how to pace out doing multiple engagements in a day. They will likely attend some of the more formal functions of the royal calendar, such as the tiara-laden evening with the diplomatic corp that is held at Buckingham Palace every December.

How much does Harry work?

Umm, that’s a sensitive topic among royal bloggers. The truth is that he doesn’t do that much work, at least not when compared with his elders: Last year, the 33-year-old completed 191 engagements while his father, Prince Charles, did 550, his Aunt Anne did 541, Uncle Andrew did 340 and Uncle Edward did 285. Even Queen Elizabeth II did 292 engagements.

This year, he’s done just 34 engagements in the first three months of 2018 (16 with Meghan). Sure, that’s up from 31 in 2017, but a far cry from the 119 of Prince Charles. With the Queen slowing her workload outside palace walls, and Prince Philip’s retirement last year, it’s clear that the younger generation will have to shoulder more of the burden.

Will Meghan Markle remain an actor, or be a full-time royal?

Meghan is going all royal, all the time. She slammed the door on her successful acting career (seven seasons on Suits) during the wide-ranging interview they gave to the BBC’s Mishal Husain on their engagement day.

Husain: It’s an immense change: you’re getting a new country out of it. A husband obviously, but also giving up your career.

Meghan: Yes, but I don’t see it as giving anything up, I just see it as a change.

Markle: It’s a new chapter. Right. And also keep in mind I been working on my show for seven years. So we’re very, very fortunate to be able to have that sort of longevity on a series and, for me, once we hit the 100-episode marker I thought, you know, what I have I have ticked this box, and I feel really proud of the work I’ve done there. And now it’s time to, as you said, work, work as a team with you.

Where will they go on their first tour?

Meghan let that secret out of the bag during a visit of an Invictus Games training camp, when she told a participant that she and Harry will be in Sydney this October for the fourth iteration of the Invictus Games, and that they’ll do a tour while Down Under, though exact details aren’t known yet. Going to a Commonwealth country before the United States, Meghan’s birth nation, was always in the cards. The Queen takes her Commonwealth duties very seriously and, especially in recent years, her family has also focussed on that group of countries when planning official visits.

For example, William and Kate made Canada their first post-wedding stop, only flitting into California at the end of the tour for some charitable fundraising. Aside from a few days in New York City, they’ve actually never been on a full tour there. And Charles was just named the Queen’s successor as the leader of the Commonwealth.

When will they have children?

Bet on babies sooner rather than later. Meghan will be 37 this summer, while Harry turns 34 in September, so they’re likely to start a family within the year. Here’s what Harry said in that engagement interview:

Harry: Not, not currently no. No, of course you know. I think you know one step at a time, and hopefully we’ll start a family in the near future.

When does she become a British citizen?

It’s not automatic, even if you’re marrying a prince whose grandmother is head of state. Meghan Markle will go through the regular British citizenship process, which takes at least five years from the day the government gets her application, according to the “Become a British citizen” guide on government website.

One of the steps involves the notoriously tough “Life in the UK Test.” She has to correctly answer 75 per cent of the exam’s 24 questions in 45 minutes. It’s based on the Life in the United Kingdom handbook, which you can buy for $25. Here are some test questions—see if you can get a passing score: