Their child will have to file U.S. taxes and theoretically he or she could grow up to be both a royal and U.S. president 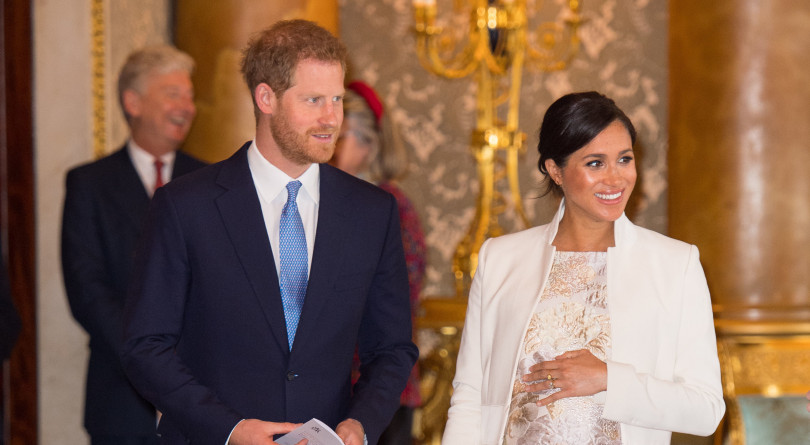 If there is one group of officials who may not be entirely thrilled by the birth of Meghan and Harry’s child, it’s their accountants. For this royal baby will be a dual citizen, able to wave the red, white and blue of the Stars and Stripes as well as the Union Jack. Of that, there is no doubt. “The child is born an American,” states Joe Kirkwood, an immigration lawyer in San Diego, Calif. “This is not elective; the baby is a citizen by birth, by law.”

While the royal baby’s father, Prince Harry, is undoubtedly British, the mother, Meghan, Duchess of Sussex, is an American, and under the complicated U.S. citizenship laws, her child automatically qualifies for an eagle-clad blue passport. As in the case of politicians (and others) born abroad to U.S. parents, such as Ted Cruz (Alberta) and the late John McCain (Panama), “there is no need to naturalize,” says Kirkwood. They were automatically deemed citizens.

Meghan and her child are the first American royals in the House of Windsor since the most infamous American royal of all, the twice-divorced Wallis Simpson, for whom King Edward VIII created a constitutional crisis in 1936 by abdicating the throne to marry her.

RELATED: Will Meghan Markle go glam for her first appearance with her new baby?

And Meghan’s American legal status could allow the U.S. government to delve deep in royal accounts and trusts for years and years to come. Under America’s unusual citizenship-based taxation system (only it and Eritrea have the system), all citizens are required to file taxes with the Internal Revenue Service (IRS) every year, regardless of where they live in the world.

The rules are onerous and complicated. For example, as Meghan has more than $300,000 in assets in a tax year—a certainty given she was a successful actress with her personal, pre-marriage wealth in the millions—she has to declare all those assets in a document known as Form 8938. Oh, and that rather spectacular diamond engagement ring from Prince Harry will almost certainly be worth more than $15,797, which will necessitate filling out Form 3520 (Annual Return to Report Transactions with Foreign Trusts and Receipt of Certain Foreign Gifts.) The rules go on and on.

The same tax-filing rules will apply to Meghan and Harry’s child. And taxes can kick in at very low amounts. “If your child’s interest, dividends, and other unearned income total more than $2,100, it may be subject to tax,” the IRS states. Given how many teddy bears, strollers and baby outfits the couple has already received, it’s a good bet that their accountants have some tax filings to prepare.

And those tax requirements will likely sweep up any royal trusts and accounts that benefit Meghan and the baby. There could be a lot of them. While the royals, including the Queen, pay personal taxes, the royal family’s private finances are famously opaque, so the number of trusts and other tax shelters is unknown. We do know that Harry inherited millions from his late mother, Diana, Princess of Wales; he may also have been a beneficiary of the Queen Mother’s tax planning.

Because most of the palaces and castles, as well as treasures, belong to the Crown, not the Queen personally, the Sunday Times estimates the Queen’s personal wealth at a relatively modest $485 million. In addition to private estates, such Balmoral and Sandringham, which are passed from monarch to monarch without tax penalties, the Queen and Prince Charles benefit from ancient estates that throw off sizable profits. Charles uses his Duchy of Cornwall moneys to subsidize the staff and expenses of the Wales clan, including Harry, Meghan and their baby.

The thought of American tax inspectors digging through the family’s affairs has undoubtedly already been considered by the royal accountants and tax attorneys. After all, they are charged with making sure the family’s wealth passes from one generation to another, and so they know how to structure benefits to avoid especially intrusive inspections or, gasp, holdings leaving the family altogether.

The British royals aren’t alone in their tax planning. Many European royal families have shifted their historic jewelry collections into trusts to safeguard them for future generations. In Britain, the Queen usually loans jewelry such as tiaras and necklaces to younger royals, including Kate and Meghan, rather than gifting them. That also avoids the issue of family treasures leaving the family in a divorce, as was the case in Denmark when the ex-wife of Queen Margrethe’s younger son retained possession of the Alexandrine diamond drop tiara (learning from their mistake, his second wife has only been loaned a tiara). And the Sussex’s newly renovated home, Frogmore Cottage, is within the mammoth Windsor Castle estate, and thus leased from the Crown Estate rather than owned outright by the couple.

The American government interest into both Meghan and her baby won’t end any time soon. While Meghan can go through the complicated, expensive process of giving up her U.S. citizenship once she finally obtains her British citizenship, neither she nor her husband can renounce their child’s nationality. That decision belongs exclusively with their child, and “not until the baby is of age, until it turns 18, can it formally renounce citizenship,” explains Kirkwood.

So, while accountants and lawyers settle in for the long haul, Kirkwood laughingly points out one quirk of U.S. law—that Harry and Meghan’s child could, theoretically, be a royal and a president at the same time. For, while the foreign emoluments clause in the U.S. Constitution bans presidents from claiming a royal title without first getting permission from Congress, there is technically nothing in the same clause that says a royal with U.S. citizenship couldn’t be elected president.