Prince Philip refuses to slow down. That's good news for the Queen.

He may have retired from official royal engagements, but Prince Philip, now 97, continues to be spry behind the scenes—a motivator for Queen Elizabeth II 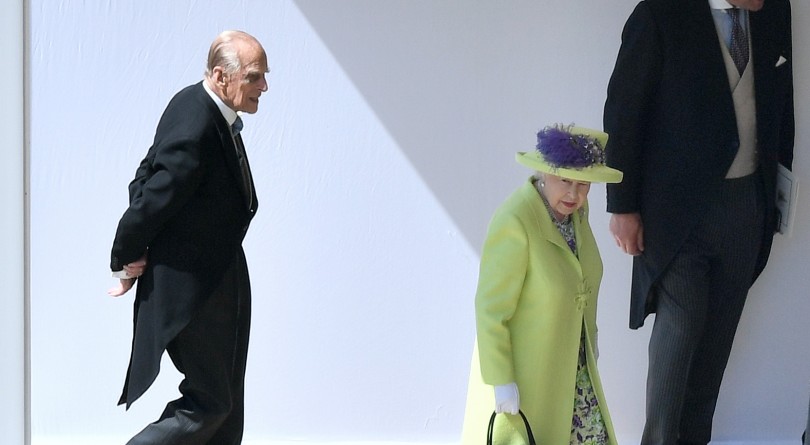 Prince Philip is 97 years old, an age when many would be using walkers or be confined to wheelchairs. So it makes plenty of sense that he effectively retired from his royal duties last autumn. This spring, after skipping three prominent events, including Easter and the transfer of his role as colonel of the Grenadier Guards to his son, Andrew, Buckingham Palace admitted his health was problematic. “The Duke of Edinburgh has an issue with his hip which is affecting his mobility,” a palace spokesperson explained tersely. A few days later came the news that he’d had a hip-replacement operation.

But the consort of Queen Elizabeth II has never been one to take it easy. Last month, in the first photos of Philip since he joined his wife at a polo match at Windsor in late July, the Duke of Edinburgh was photographed at the royal family’s Balmoral Estate in Scotland, first with his wife on the way to church, then, last week, on his own, nimbly getting out of his Land Rover to open a tall wooden gate across a road high above Lake Muick. And just a few weeks after that April hip-replacement announcement, he was seen driving on the Windsor estate; on May 19, he walked into St. George’s Chapel at Windsor Castle under his own steam to see his grandson, Prince Harry, marry Meghan Markle, evincing a recovery that was so fast and so complete that it still isn’t certain which hip was replaced.

These appearances are further signs that though Philip largely vanished from public view, he is not sitting still. Philip, after all, has always been one to have a project or three on the go. His abrasive, sometimes caustic public persona isn’t a complete reflection of the complex man. “If you’ve talked to any of the staff, Philip’s the one they all love, really,” explained actor Matt Smith, who researched Philip before playing him in the first two seasons of The Crown, in a recent Variety article. “There’s a sort of rebellion in him and a naughtiness and a cheekiness. I think he’s quite affable and open by all accounts with the staff.”

And now that he doesn’t have to walk two steps behind the Queen at her public events—even into his 90s, he regularly undertook 300-plus engagements a year—he’s got more time to devote to his private pursuits. He’s long been an eclectic reader, an accomplished oil painter, and still drives horse carriages, nearly a half-century after he took up the sport.

His various enthusiasms, even in retirement, are a big driver of the Queen’s own energy, now that she’s 92 and still working full-time; indeed, her workload for the first half of 2018 was heavier than it was in 2017. As Stuart Phillips, an exercise physiologist and kinesiology professor at McMaster University, explained to Maclean’s a few years ago, mental as well as physical activity are two key ingredients for their legendary stamina. For all her staff and family, being monarch can be a solitary job, so it helps to have a spouse who is one of the very few not afraid to challenge and motivate her.

And right now, while ensconced in the late summer and early autumn in the 20,000 hectares of Highland beauty of her Balmoral estate, the Queen spends much of her days outdoors, seemingly impervious to the driving winds and near horizontal rains. Their time in Scotland is a blur of walks—which are more like hikes in the steep terrain—and picnics where Prince Philip presides over the barbecue.

These days, Prince Philip is most often seen in the countryside for the simple fact that he has long been in charge of the royal family’s private estates—Sandringham in Norfolk and Balmoral in Scotland—as well as being Ranger of Windsor Great Park, which surrounds Windsor Castle. The two private agricultural properties are run on a commercial basis, with their main homes open to the public when not used by the Queen. She spends the first few weeks of her annual vacation at Balmoral in a smaller house on the estate so as to not curtail the prime tourist season.

Still, it’s clear Prince Philip’s health isn’t what it was. “I can’t stand up much,” he quipped last year. And before that, he’s undergone heart surgery, as well as an exploratory operation on his abdomen that, like his hip surgery, was never fully explained. While he grudgingly concedes to his advancing years when needed, Philip seems determined to keep breaking records. Already the longest-living consort of a British monarch, he will be eligible for a 100th birthday card from his wife in less than three years—and that’s surely a celebration worthy of interrupting his well-earned retirement for a public photograph or two.