Royal babies, the next generation: adorable and into mischief

In many ways, royal kids live in a different world. But in many ways, they're just like us.

A new generation of royal children may have to deal with increased attention because of smartphones and social media, but they also get to live in palaces. In many ways, however, they are just like everyone else. They go to regular schools and get away on holidays and school breaks. Their parents are protective, keeping them out of the public eye except for carefully controlled moments. They have their obsessions (George’s love of aviation and police cars), run around and play games at the drop of a hat (Princess Anne’s grandchildren), and enjoy eating cake at picnics (the royal twins in Monaco). 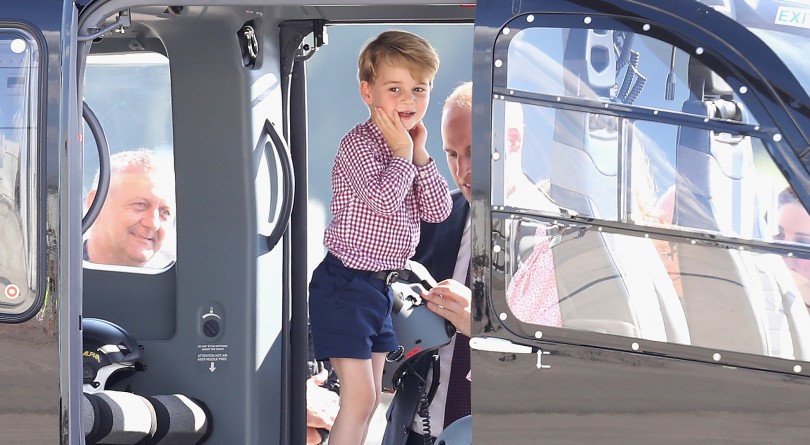 Prince George of Cambridge may be a future king but he’s also still a child who is absolutely obsessed with aircraft. He adored a chance to climb inside this helicopter at the Hamburg airport in Germany last year at the end of a busy royal tour by his parents. George was so entranced that it was obvious he would stay there all day, regardless the royal schedule. (Chris Jackson/Getty Images) 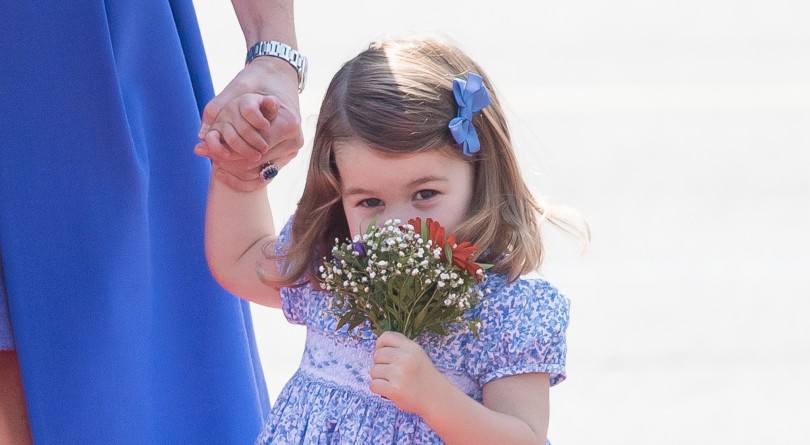 A small floral bouquet was the perfect gift for Princess Charlotte (George’s younger sister) to keep the toddler occupied and stop her from being overwhelmed at yet another official airport greeting by officials and politicians in Berlin in the middle of their parents’ visit to Poland and Germany in 2017. (Samir Hussein/WireImage) 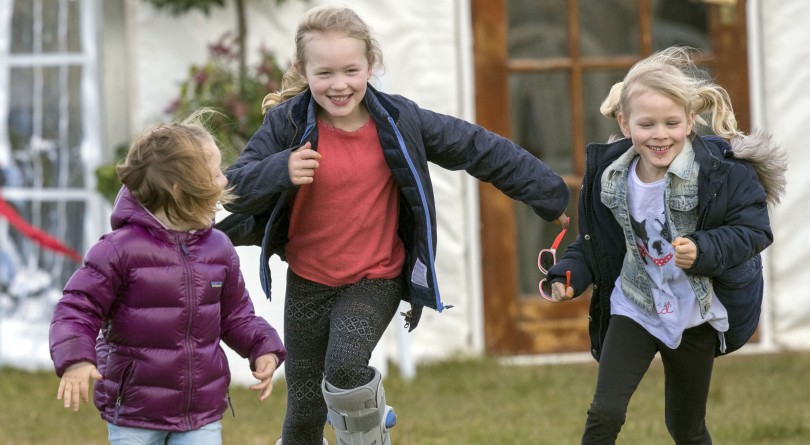 The granddaughters of Princess Anne, Queen Elizabeth II’s only daughter, are mischievous cousins who gravitate towards each other at every possible event. Zara and Mike Tindall’s daughter Mia (left) with her cousins Savannah Phillips and Isla Phillips (right) run at the Gatcombe Horse Trials at Princess Anne’s estate in England. (Steve Parsons/PA Images /Getty Images) 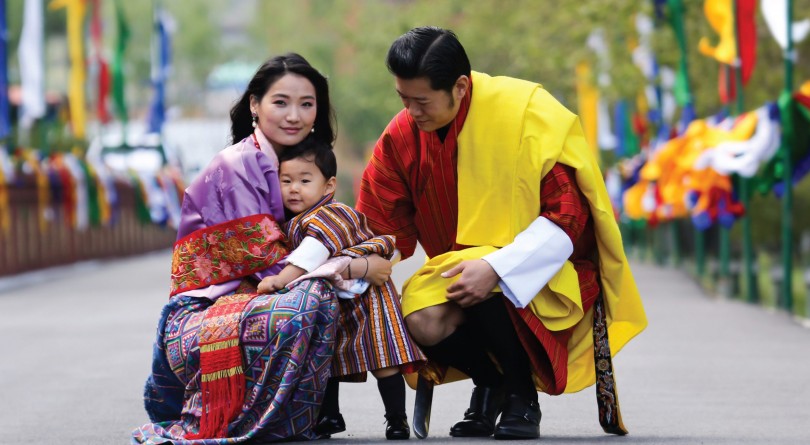 Born in 2016, Prince Jigme Namgyel Wangchuck of Bhutan is one of a coterie of young royal heirs. Often seen with his parents, King Jigme Khesar Namgyal Wangchuck and his wife, Queen Jetsun Pema, he is featured in popular calendars from the Himalayan kingdom. (Balkis Press/ABACAPRESS.COM/CP) 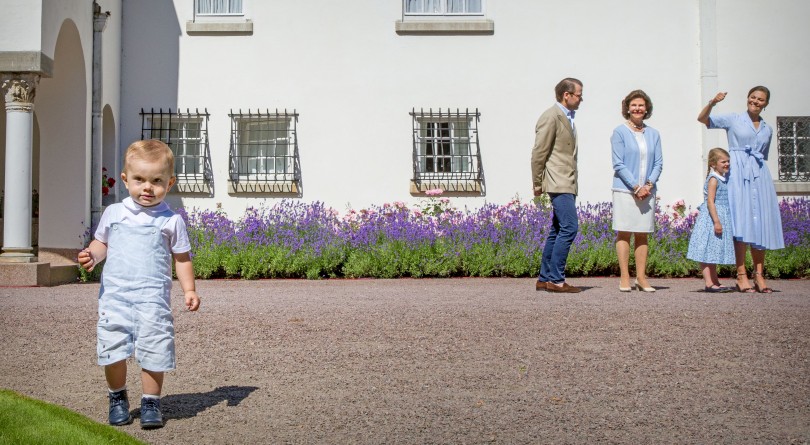 Sweden’s royal family is in the midst of a baby boom as the three children of King Carl XVI Gustaf and Queen Silvia have all had new babies in the last few years. Prince Oscar (left) wanders during a photo op for the 40th birthday of his mother, Crown Princess Victoria (right) in 2017 while older sis, Princess Estelle, then 5, ignores him. (Patrick van Katwijk/Getty Images) 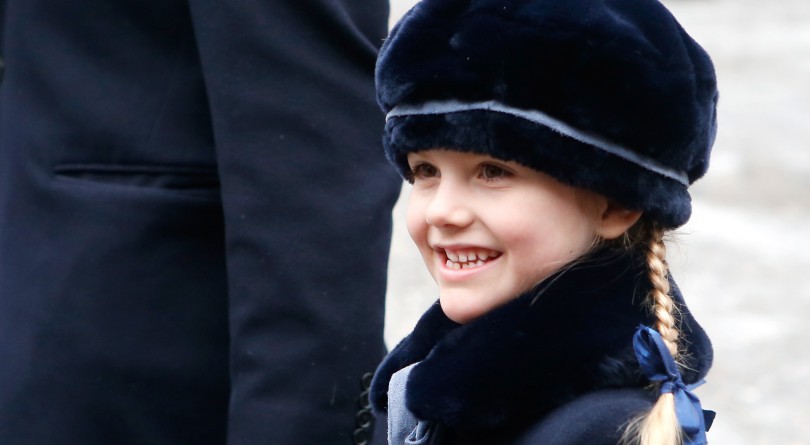 Like most Nordic royals, Princess Estelle regularly takes part in fun events to ease them into a life in front of crowds and cameras. As well, the young Swedish royals are included in family occasions, such as weddings and christenings, no matter how young, fussy or rambunctious. Here, Estelle, who will one day reign over Sweden, after her grandfather, Carl XVI Gustaf and her mother Crown Princess Victoria, takes part in a celebration for her mother’ name day at the royal palace in Stockholm in March 2018. It used to be tradition to keep track of dates by using names instead of numbers; today, it is common to celebrate with cake or a little present on a loved one’s name day. (Michael Campanella/WireImage/Getty Images) 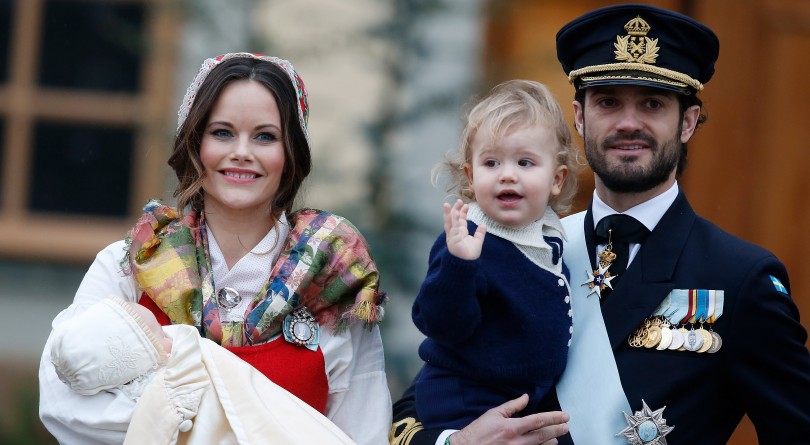 The family of Sweden’s Prince Carl Philip (right) expanded last year with the arrival of Prince Gabriel, held by his mother, Princess Sofia. Big brother Prince Alexander is held in his dad’s arms as they leave Drottningholm Palace Chapel after the christening of Prince Gabriel on December 1, 2017 in Stockholm. (Michael Campanella/WireImage/Getty Images) 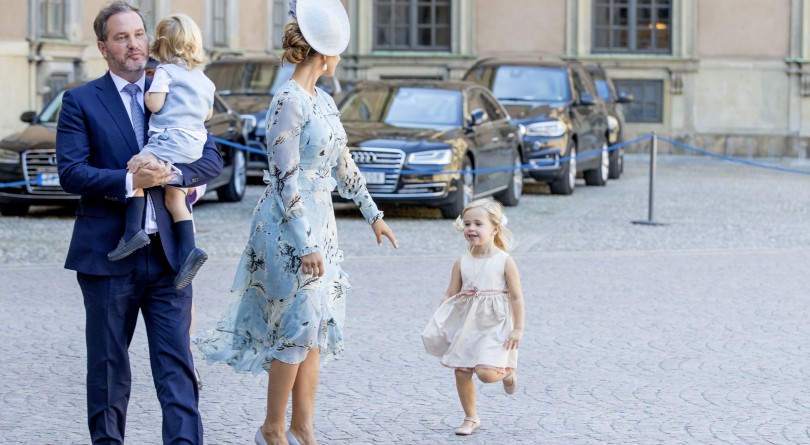 While her siblings, Victoria and Carl Philip, each have two children, Princess Madeleine of Sweden just gave birth to her third child, a girl named Adrienne in March 2018. Last year, she held out her hand for daughter Leonore while husband Chris O’Neill holds their middle child Nicholas after the thanksgiving service for Crown Princess Victoria’s 40th birthday at the royal palace on July 14, 2017 in Stockholm. (Patrick van Katwijk/Getty Images) 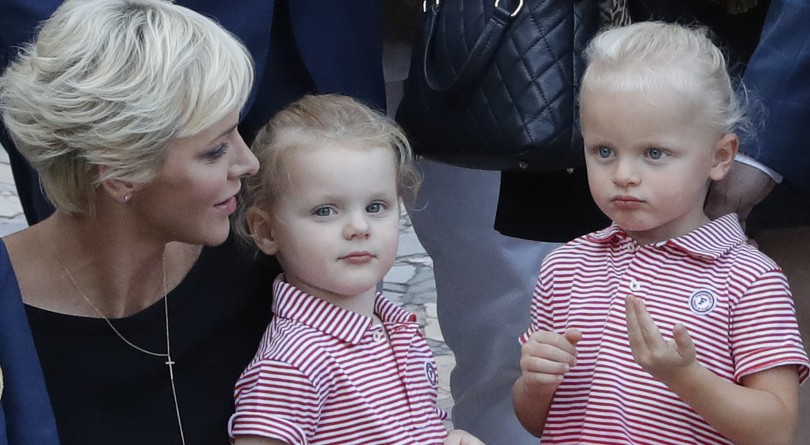