British weddings are often a show of the best that fashion can offer, and the nuptials of Prince Harry and Meghan Markle was no exception. Sure, the bride was beautiful in Givenchy and the groom handsome in his military frockcoat, but the guests also came dressed to impress.

The women’s hats ranged from small berets, like that of mother of the bride, Doria Ragland, to the most extravagant example of millinery prowess (hello Camilla!). Equally diverse was the range of colours and outfits. Some guests wore the latest in fashion while others chose safe, comfortable outfits that could withstand long hours of sitting. Amal Clooney melded both options with a beautifully tailored mustard frock and hat that lit up social media. Many wore dizzingly high heels, perhaps not the best choice given the incline of the castle sidewalk they had to navigate.

What all wore were big smiles. (Well, except for Victoria Beckham, whose lips never curved up or down.). For they knew the wedding wasn’t about them, it was about the two people at the altar. 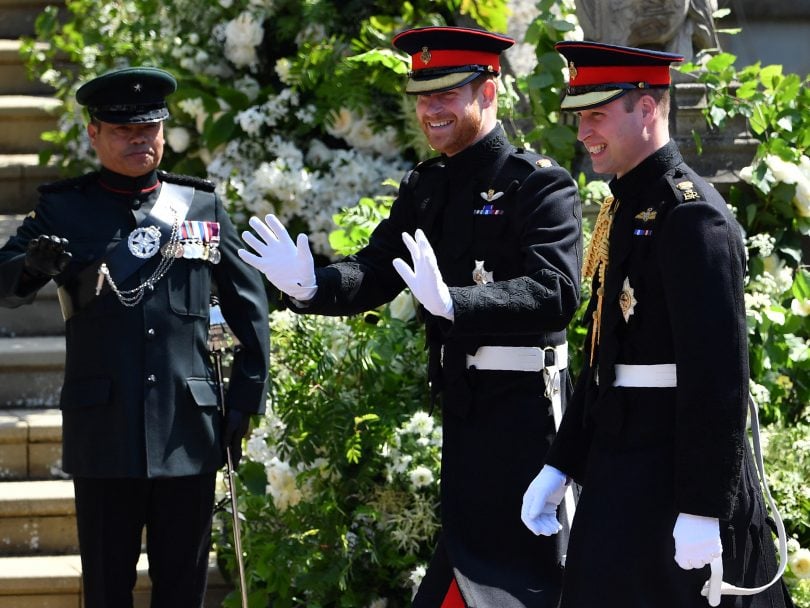 Prince Harry doesn’t show any nervousness as arrives with his best man Prince William for the wedding. They are wearing the blue frockcoat uniforms of their Household Cavalry regiment, the Blues and Royals. Both uniforms were created on Savile Row and were made by hand. Harry’s is made of doeskin, and includes the figured braiding of the regimental pattern. They both have the rank of major.  (Ben Stansall/WPA Pool/Getty Images) 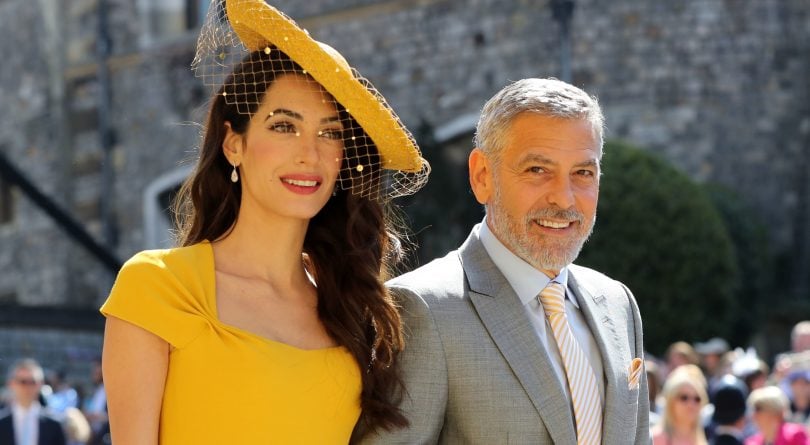 Human rights lawyer Amal Clooney and her husband, actor George Clooney, before entering St. George’s Chapel. Amal Clooney’s rigorously plain hat and dress, which featured a hem-length wide tied train, was the guest outfit of the wedding, no question. The vibrant yellow colour—Coleman’s mustard, according to one BBC commentator—was one of many that featured in intense  colours. (Gareth Fuller/AFP/Getty Images) 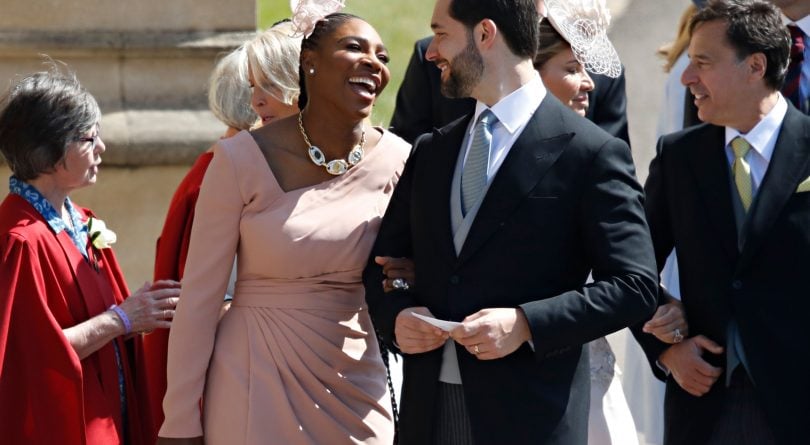 Tennis champion Serena Williams and her husband, Reddit founder Alexis Ohanian, are close friends of Meghan Markle, so it’s no surprise they got coveted seats in the quire, where they could see all the action inside the chapel. Her dusky rose dress is an ace (tennis pun intended) as it hugs every curve of her body. Offset by a small, sculptural fascinator and large statement necklace, it creates an outfit that is distinctively Serena yet perfect for a late spring royal wedding. (Odd Andersen/AFP/Getty Images) 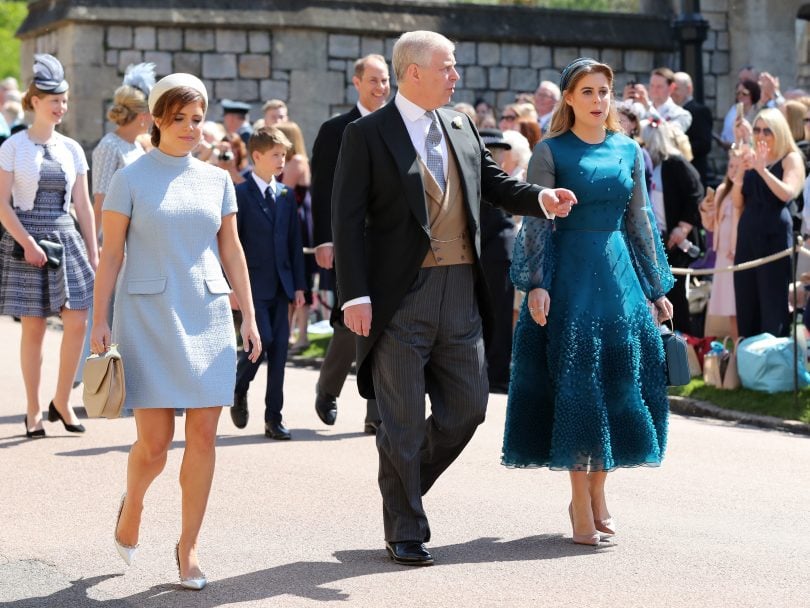 After their disastrous outfits to the 2011 wedding of Prince William and Kate Middleton, the daughters of Prince Andrew (centre) played it safe for this nuptial, especially when it came to their chose of hats. Both Princess Eugenie (left) and Princess Beatrice (right) wore small, back-of-the-head millinery options that coordinated precisely with their dresses. For the record, Eugenie’s dress was by Gainsbourg and her hat by Fiona Graham while Beatrice wore a Roksanda Viola dress and hat by Stephen Jones. Smart choices, as one horrid wedding outfit is bad luck, two is bad taste. (Gareth Fuller/AFP/Getty Images) 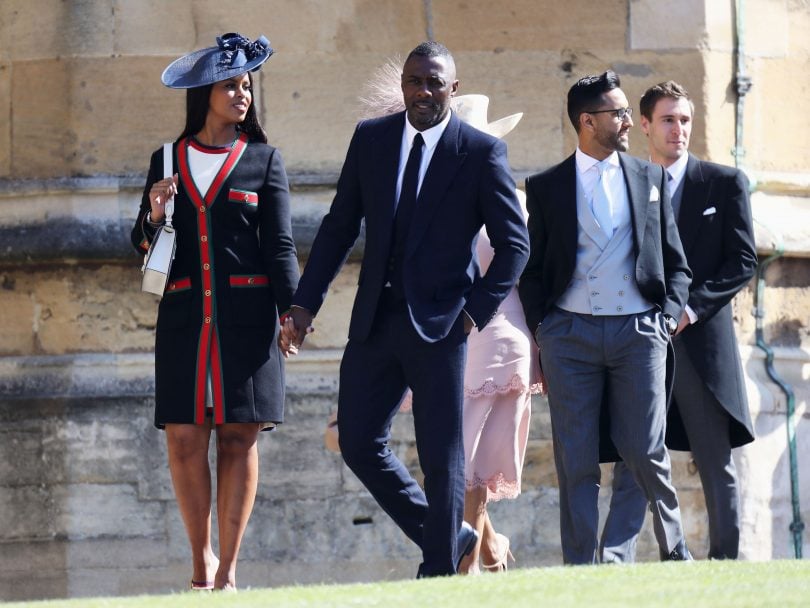 British actor Idris Elba (front, centre), holding hands with his fiance Sabrina Dhowre, wears one of the dress options available to men. They could wear business suits, as he did, or a morning suit, like the men behind him, or uniforms, like Harry and William.  (Chris Jackson/AFP/Getty Images) 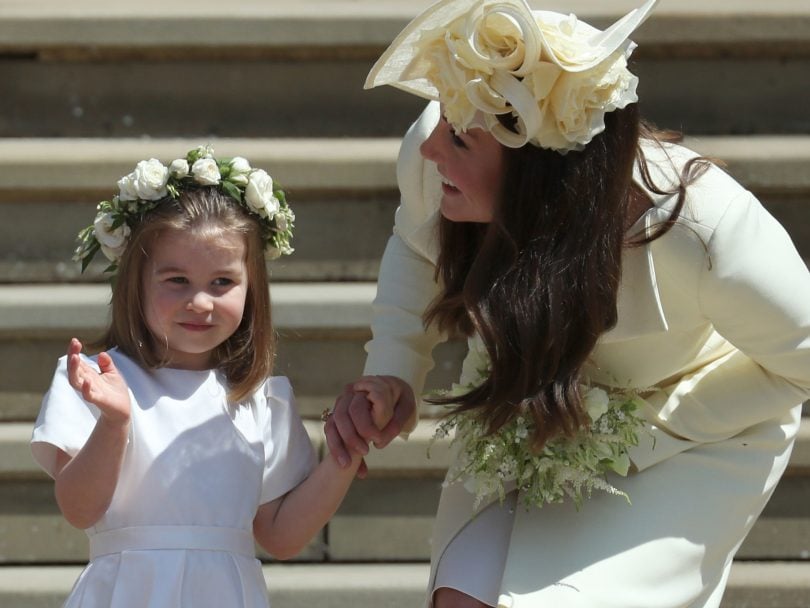 Princess Charlotte, 3, was one of Meghan’s bridesmaids. Kate, who gave birth less than a month ago, wore a primrose yellow wool silk coat by Alexander McQueen and hat by Philip Treacy. It’s a classically “Kate outfit” that we’ve seen umpteen times before. The style was expected as it’s very, very bad form to wear something unexpected at a wedding: the focus should be on the bride, not the guests. And for the record, Charlotte’s dress was designed by Givenchy and is “sculpted in ivory silk Radzimir, and is high-waisted with short puff sleeves and hand finished with a double silk ribbon detail tied at the back in a bow. The bridesmaids’ dresses include pockets and pleated skirts to create a relaxed and luxurious silhouette,” (Jane Barlow/AFP/Getty Images) 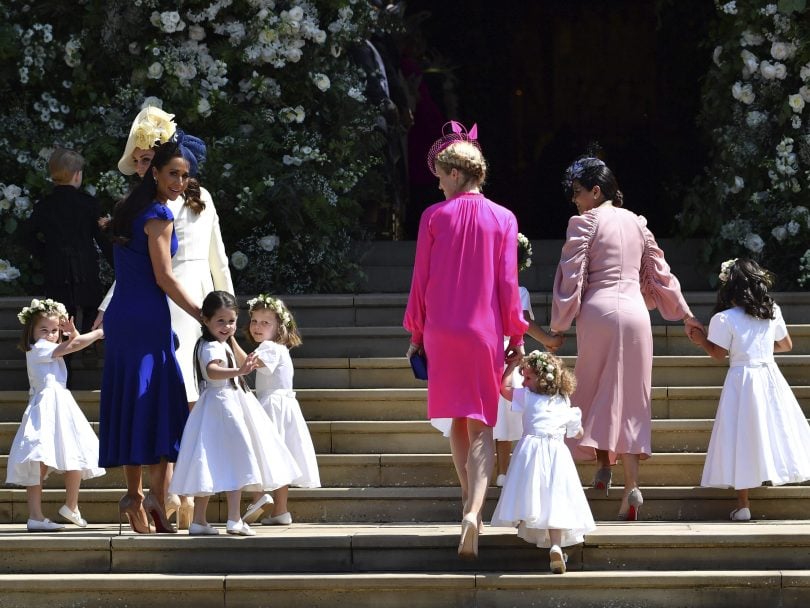 Adorable chaos as the bridesmaids and page boys, and a selection of mothers, arrive at the wedding. The bridesmaids’s outfits are all by Givenchy while the page boys, who wore miniature versions of the Blues and royals frockcoat, were by Dege & Skinner of Savile Row (who did the uniforms for William and Harry.  (Ben Stansall/AP/CP) 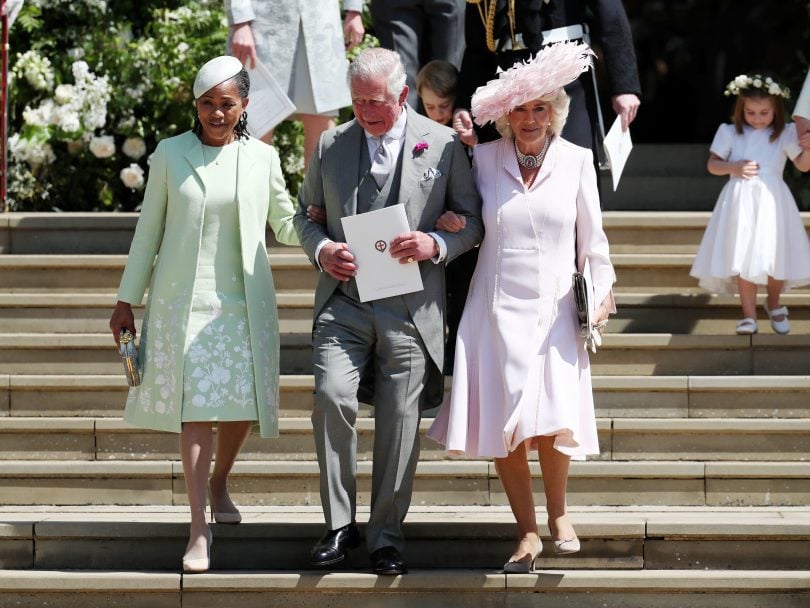 (from left) Doria Ragland, mother of the bride, wore a custom Oscar de la Renta coat with matching dress in a light mint green, with embroidered flowers on their hems. Her simple white beret hat echoed those worn by her daughter at pre-wedding engagements. (Prince Charles wore a morning suit.) Camilla, duchess of Cornwall wore pink asymmetrical coat dress by her go-to designer, Anna Valentine and a spectacularly feathered hat by Philip Treacy. Like Kate, Camilla stayed true to her style so as to not draw attention away from Meghan or Doria Ragland.  (Jane Barlow/AFP/Getty Images) 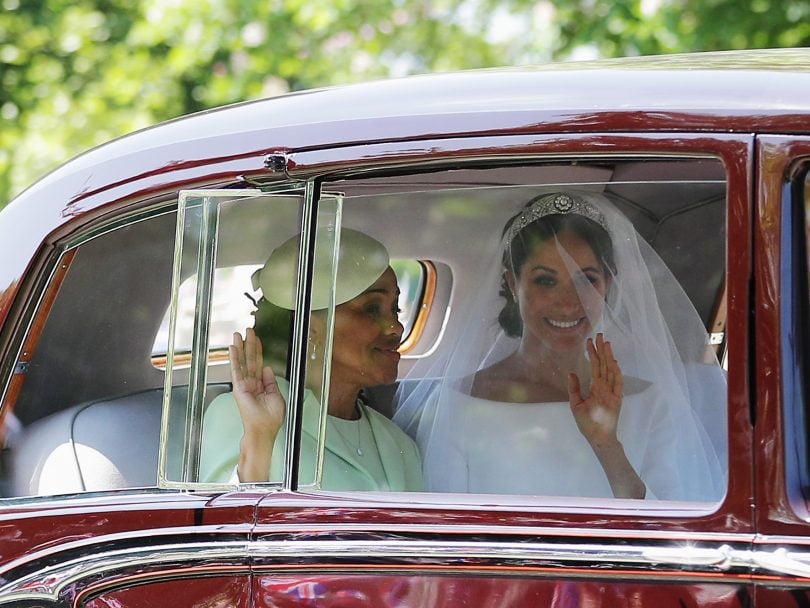 The mother and the bride: Doria Ragland and her daughter, Meghan Markle, in the Queen’s claret-coloured Rolls-Royce as it arrives at Windsor Castle for her wedding (Richard Heathcote/Getty Images)