Despite all the preparations, royal weddings can sometimes go so very wrong

With Prince Harry and Meghan Markle's wedding fast approaching, here's a look at the good, the bad and the ugly of royal weddings gone by 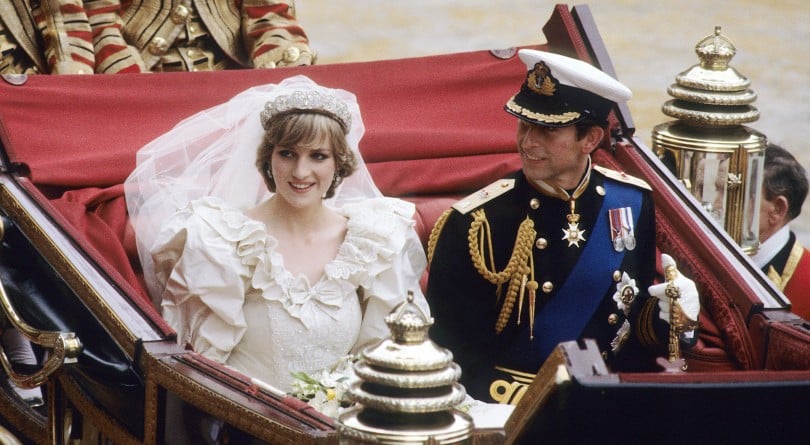 LONDON - JULY 29: Diana, Princess of Wales and Prince Charles ride in a carriage after their wedding at St. Paul's Cathedral July 29, 1981 in London, England. (Photo by Anwar Hussein/WireImage)

It seems barely a day passes without royal officials releasing yet more detailed information about the upcoming nuptials of Prince Harry and Meghan Markle at Windsor Castle. The music, the flowers, the cake, even the names of the horses that will pull their coach is known. Nothing is left to chance when it comes to royal weddings. In advance of the nuptials of Prince William and Kate Middleton, royal and military officials held a dress rehearsal on the carriage route—timing every manoeuvre with stop watches—through the empty streets of London before dawn two days before 2.3 billion people saw them married. In addition, the bridal party went through at least two full rehearsals inside Westminster Abbey.

Even with all those preparations, things can go wrong, sometimes seriously awry. Sometimes it’s fluky mishaps, other times, usually in the era of arranged marriages, there’s scandalous conflict between the bride and groom. Sometimes, the portraits of potential brides that were sent around Europe’s royal courts oversold the looks of the princesses. “They have brought me a bat,” complained King Charles II when he got his first glimpse on his dark-garbed Portugese bride, Catherine de Braganza, in 1662. What they all have in common is that the world is watching. 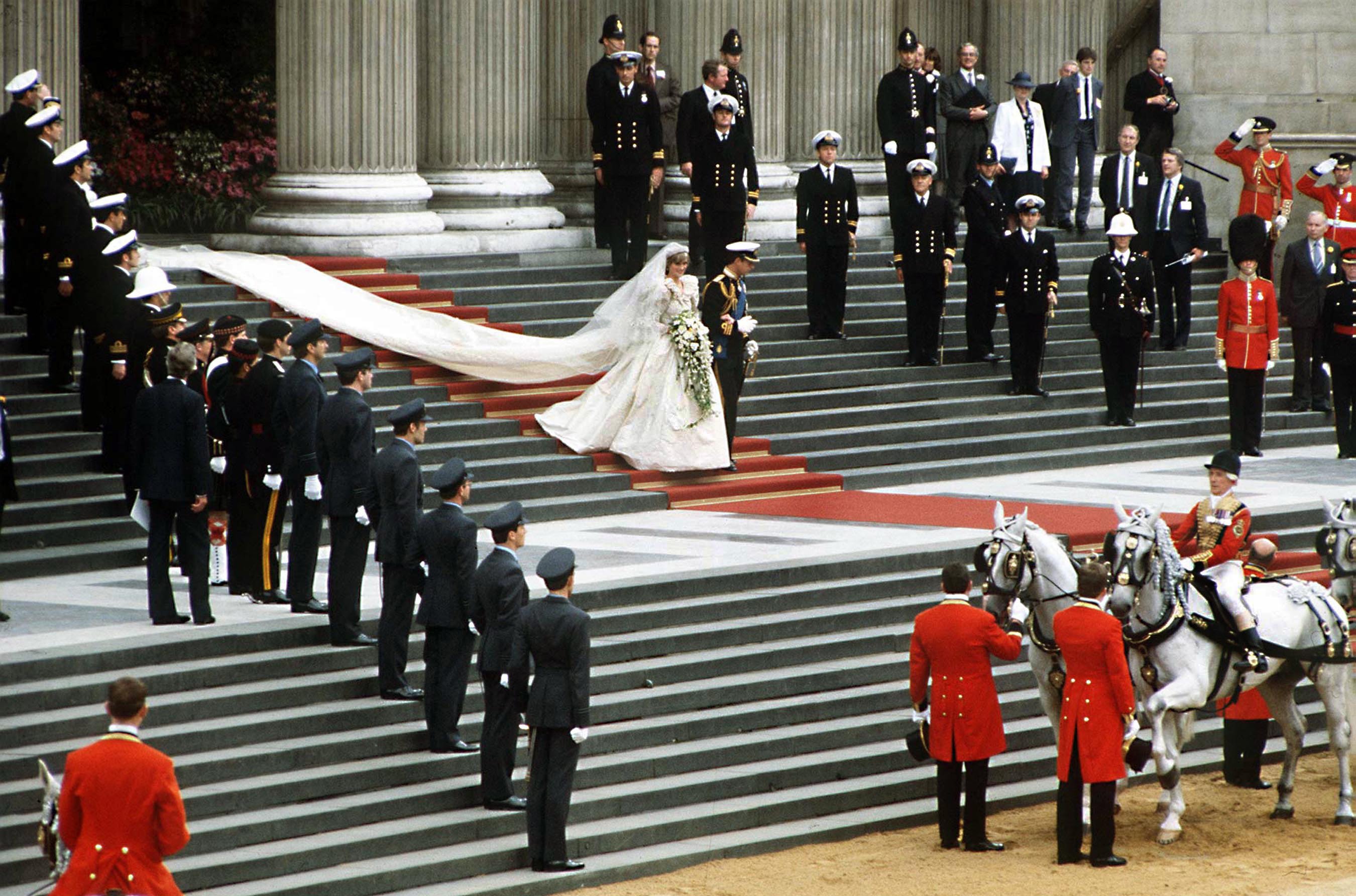 Take a look back at royal weddings through the ages

After Prince William looked at the first draft of the list of guests to his 2011 wedding to Kate Middleton, he immediately went to his grandmother, Queen Elizabeth II. Of the 1,900 names, there were more than 700 that he didn’t recognize. His grandmother told him to “tear up” the list, and invite everyone he and Kate wanted there. Then, once the number of those essential guests was known, royal courtiers filled out the rest of the list with a combination of royal family friends, diplomats, politicians and celebrities. The result was a semi-state wedding that featured a visibly relaxed and confident bridal party.

When it came time to marry, Zara Phillips, the oldest granddaughter of Queen Elizabeth and only daughter of Princess Anne, made sure it was done her way. First, it was a private family affair in Edinburgh, far away from the international media based in London. The Olympic equestrian married Mike Tindall, a plain-talking star of the England rugby team, who invited lots of his burly friends and teammates to the royal wedding. (Tindall also ignored tabloid calls to fix his much-broken nose before the wedding, delaying the surgery until this year, after suffering from breathing problems.) After a pre-wedding party attended by everyone, including the Queen and Prince Philip, on the retired Royal Yacht Britannia—the site of many family holidays—everyone got up the next morning for the wedding, before enjoying a raucous reception at the nearby Palace of Holyroodhouse. The media was able to take lots of pictures, but only from outside the venues. Adding to the low-key but royal vibe, Zara Phillips bypassed high-profile designers to wear a simple silk gown designed by one of the Queen’s favourite couturiers, Stewart Parvin, and a Greek meander diamond tiara originally owned by the mother of her grandfather, Prince Philip.

A never-before-seen picture of the Queen and her granddaughter Zara Phillips from her wedding day in 2011 has just surfaced and it is one of the most adorable pictures of the duo Our @ElaineDuff4 is in Hello! https://t.co/URIdeTV6p6 pic.twitter.com/eB4Xc2PilC

Days before her 1981 wedding to Prince Charles, Lady Diana Spencer wanted to call it off, convinced that he hasn’t broken it off with his long-time mistress, Camilla Parker Bowles (he had). “I can’t go through with it,” the 20-year-old tearfully confided to her older sisters. “The tea towels are printed,” was the response of Lady Sarah McCorquodale, who had once dated Charles. The bride finally decided to go forward with the wedding. However, a few bad omens still occurred on the day. First, her voluminous dress and train looked like an unironed bedsheet when she climbed out of the carriage at St. Paul’s Cathedral, causing her designers to hurriedly attempt to shake out the creases. Then, at the altar, she mixed up her groom’s names during the vows, saying “Philip Charles Arthur George” instead of “Charles Philip Arthur George.” “You’ve married his father,” one wag told her afterward.

Some royal weddings careen off the rails with little or no notice, before righting themselves. In 1935, Lady Alice Montague Douglas Scott was set to marry King Henry V’s third son, Prince Henry, duke of Gloucester at Westminster Abbey. Alice, a fiercely independent daughter of the fabulously wealthy duke of Buccleuch and Queensberry, spent much of her early adulthood shunning the traditional life of a debutante for one of painting and travelling, including three years in Kenya. She didn’t settle down with the staid Henry until she was 33, well beyond the normal marriage age of an aristocratic woman.

For Prince Harry and Meghan Markle’s wedding, the souvenirs are finally worth savouring

Then, a few weeks before her grand society wedding, her father died. The Westminster Abbey ceremony was cancelled and the wedding was transferred to the royal family’s private chapel in Buckingham Palace. The only usual royal wedding tradition was an appearance by the couple on the palace’s balcony. It’s then that the crowds got a look at her dress, designed by Norman Hartnell. True to form, she’d eschewed the usual white, instead opting for pink.

The present Queen’s wedding in 1947 was the first postwar occasion when drab khaki uniforms were traded for bright dress outfits. Though then-Princess Elizabeth used her clothing ration coupons for her Botticelli-inspired gown by Hartnell, her accessories were from the family vaults. Alas, they were the source of her wedding angst. First, her historic necklaces (usually worn together, one is from Queen Anne, who died in 1714, while the other belonged to Queen Caroline, wife of the 18th-century monarch, George II) were still on display with the rest of her wedding presents at St. James’s Palace. Though a short walk away from Buckingham Palace, the route was packed with throngs waiting to see the bride. Her private secretary, Jock Colville, battled through the crowds, persuaded doubtful security officials of his identity, and returned to the palace with the priceless necklaces in the nick of time.

If that wasn’t enough excitement, the frame of her diamond fringe tiara, created for her grandmother, Queen Mary, snapped into two as her hairdresser was attaching the veil to it. A courtier was dispatched with it to Garrard, the Crown jeweller, where workmen quickly welded it back together, though, in their haste, they left a noticeable gap between the largest diamond spike and the spike to its right.

In 1736, a nervous teenager, Princess Augusta of Sax-Gotha left her German home for an exhausting trip to Britain in order to marry the kingdom’s heir, Frederick, Prince of Wales, a man 13 years her senior whom she’d seen just briefly before their wedding. He wasn’t interested in her, but wanted the arranged marriage to be financially free of his estranged, controlling father, King George II. Speaking no English, the German 16-year-old bride married just over a week after she arrived in Britain. She was so nervous that she vomited all over her gown and that of her mother-in-law, Queen Caroline.

Six decades later, another Prince of Wales, the future King George IV, got his first view of his bride, his cousin Princess Caroline of Brunswick. “I am not well. Get me a glass of brandy!” he exclaimed. The 27-year-old princess may not have been the ideal bride—in addition to her faded looks, her lack of hygiene was an aromatic problem—but George wasn’t the most appealing of grooms, being fat, dissolute and broke, plus already secretly married to his love, a Catholic widow named Maria Fitzherbert (the union was deemed illegal.) Soon after her arrival in Britain, they were married. He spent the wedding night in a drunken stupor on their bedroom floor. Adding to the marital misery, his mistress, Lady Jersey, taunted their relationship before Caroline, wearing bracelets that the prince had given to his bride as a wedding present before taking them back and giving them to his lover. 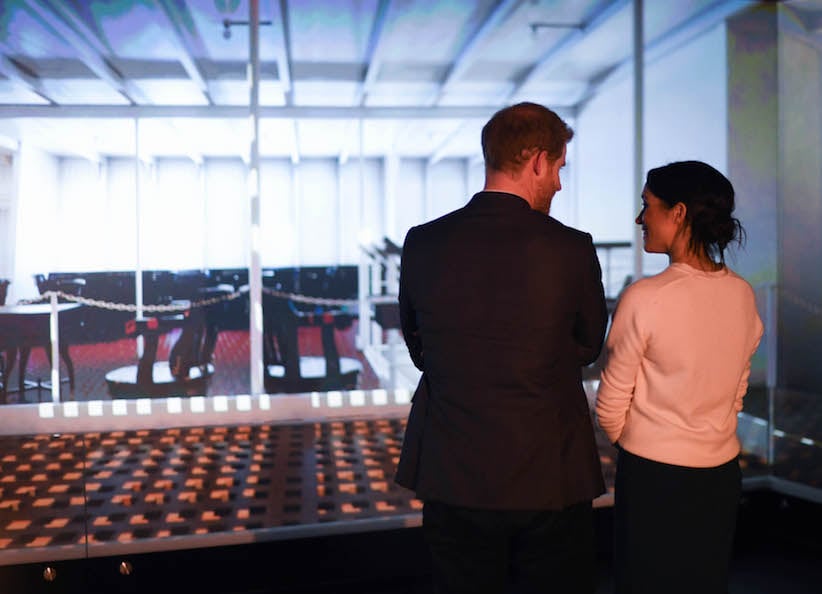 Their marriage produced just one daughter, Charlotte. Though her parents’ marriage was a scandalous disaster, she turned out to be a sweetheart, beloved by the country. After years of parental opposition, she got permission to marry her love, Prince Leopold of Saxe-Cobourg-Saalfeld in 1816. The next year, she died a day after giving birth to a stillborn son. The country was plunged into mourning. Two years later, Charlotte’s cousin, the future Queen Victoria, was born.

She would follow her cousin’s footsteps and marry for love. It was one of the most successful love matches in the British royal family, a tradition that is now firmly established in the House of Windsor as it prepares for the May 19 wedding of Prince Harry and Meghan Markle.