They would say goodbye to their titles, the palace and all the other trappings of royal life. Here's what that would really entail. 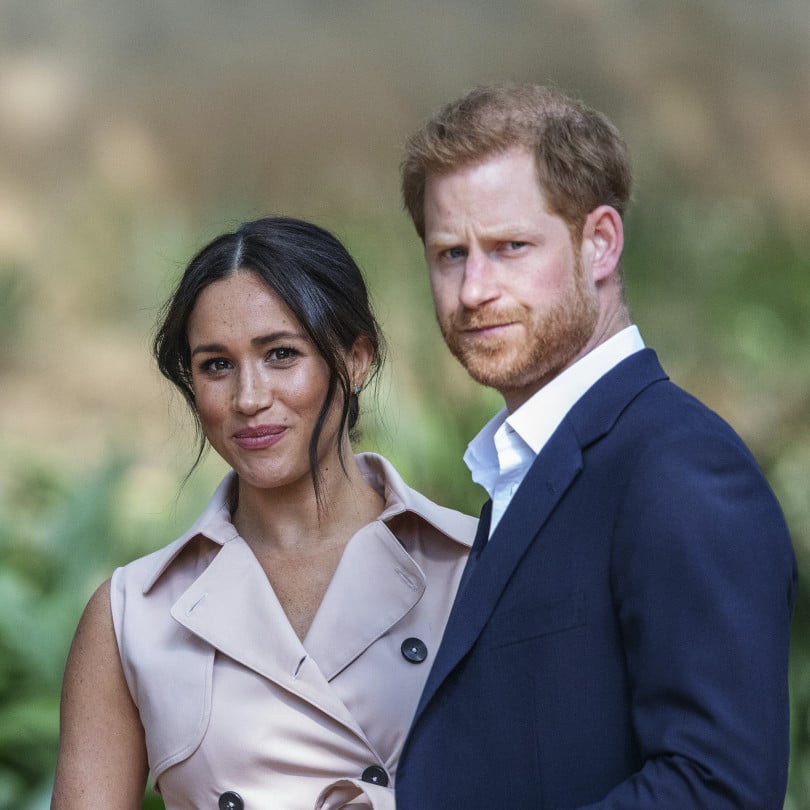 In recent months, Harry and Meghan have made no secret that they aren’t happy with their lives as senior members of the royal family. “It’s not enough to just survive something,” Meghan said in that revealing documentary of their official visit to South Africa in the autumn. “You have to thrive, to be happy.” The couple are reportedly taking six weeks off before the new year, spending the time in Los Angeles, where Meghan’s mother lives, and in Britain.

As questions swirl regarding their future, one keeps bubbling up: will they abandon their royal roles altogether? It would be unprecedented. Though some European monarchs regularly abdicate to clear the decks for their heirs, there’s only been one royal renunciation in recent British history that comes close to being as monumental as this would be: the throne-rocking abdication of King Edward VIII in 1936 to marry his twice-divorced American love, Wallis Simpson.

The choice is very much up to Harry and Meghan. They can forge a radically different life, one filled with aspirations, causes and adventures that would be difficult to pursue if they remain tied to the monarchy. At the same time, there are some rather large potholes to consider if they do opt for the “private citizen” fork in the road.

READ: Does the documentary on Harry and Meghan show a ‘new way of being royal’?

A voluntary renunciation of royal duties means they’d almost certainly have to give up claims to the throne for Harry and his descendants, including son Archie—one can’t be completely non-royal and at the same time remain a few heartbeats from the throne. It would also be perceived as hypocritical for Harry and Meghan to quit their royal duties but hold onto their coveted royal titles (“His/Her Royal Highness” plus Harry’s “Prince”).

Giving up such titles isn’t easy. A century ago, one of the most popular members of the royal family, the beautiful and intelligent Princess Patricia of Connaught, did just that when she married commoner Alexander Ramsay. Though Patricia remained part of the extended royal family, attending coronations and other family occasions, her life as a working royal was over. While she and her husband had a long, happy marriage, her choice was seemingly not without regrets. When the royal rebel of another generation, Princess Margaret, wondered about jettisoning her gilded life, Patricia warned that “things are never quite the same,” according to royal author Robert Golden.

Stopping their full-time royal duties would also end Harry and Meghan’s publicity-laden official visits to foreign lands on behalf of the British government. Ditto most of their patronages, including their senior Commonwealth roles, which are linked to their senior positions in the House of Windsor. Their royal appearances would likely be reduced to events at which the wider family appears, such as the famous balcony appearance at Trooping the Colour, or private moments such as Christmas and Easter, as well as weddings and funerals.

And not being working royals would affect Harry and Meghan’s bottom line. Most of the expenses that support their official duties—including staff salaries and even designer clothes—are financed from the private fortunes of the Queen and Prince Charles.

The Sussexes are wealthy—Meghan earned around US$5 million as an actress while Harry is believed to have inherited upward of US$40 million—but that won’t go far in maintaining a lifestyle of luxury homes, exotic vacations and couture gowns. The couple would likely have to pay market rates on their Frogmore Cottage in the home park of Windsor Castle, like other “private” royals who live on royal estates, such as Princess Eugenie and Princess Beatrice. Ditto the cost of their 24-7 security, currently provided by police and paid for by taxpayers.

Right now, though they complain about the intense media attention, Harry and Meghan also benefit from the unwritten agreement between the palace and the British press not to publish images of royal children—hence the absence of unofficial photos of Meghan walking with Archie, or Kate taking Charlotte and George to school. But if Meghan and Harry aren’t royals, then that rule may no longer apply. Certainly, it wouldn’t if they move away from Britain.

If they leave the royal life, the Sussexes will have to decide what sort of ex-royals they want to be. Harry and Meghan can become like the rest of the Queen’s family who work in the private sector, taking advantage of financial offers off-limits to those who carry out public engagements. The Queen’s three adult granddaughters all have careers: Beatrice and Eugenie are employed at commercial businesses, while Zara Tindall finances her professional equestrian career (she won silver at the 2012 Olympics) through commercial sponsorships, including Land Rover and even a baby stroller firm.

READ: Prince Harry must decide what kind of royal he wants to be

If, on the other hand, Harry and Meghan eschew such commercial links to continue to focus on their Sussex Royal charitable causes, they would have to ask whether their rich and famous friends would continue to donate so generously if such contributions didn’t come with fundraising dinners in royal palaces. They may start their new lives as A-list celebrities, but will they still be on the covers of magazines in 15 years, when they are in their 50s? Edward VIII, who became the Duke of Windsor after his abdication, is a cautionary tale. He started his post-regal life in a blaze of publicity, but slowly, inexorably, that adulation faded. Though the Windsors always maintained a spectacularly royal life, he and Wallis were eventually negotiating fees for interviews and memoirs.

A royal family without Harry and Meghan would present complications for the Windsors, as well. Prince Charles has made no secret of his plan to slim down the number of working royals, including his siblings, Anne and Edward (Andrew has already stepped away from royal duties). With the Sussexes out of the mix, the only other adult royals would be Charles’s wife, Camilla, Prince William and Kate, Duchess of Cambridge. The work could prove too much for four royals, two of whom are already in their 70s. Also, by law, the nation’s state councillors—who carry out a sovereign’s duties if they are abroad or ill—are the monarch’s spouse and the next four adults over age 21 in line of succession. With Harry out of the mix, the four are Charles, William, scandal-laden Andrew and Beatrice. And when Charles becomes monarch, Eugenie is added.

Renouncing their positions as senior royals is not an experiment or a trial separation. If Prince Harry and Meghan decide to abandon their Windsor ways, then they do so knowing that their decision, once made, can’t be undone.

This article appears in print in the January 2020 issue of Maclean’s magazine with the headline, “Regular folk, out for a walk.” Subscribe to the monthly print magazine here.