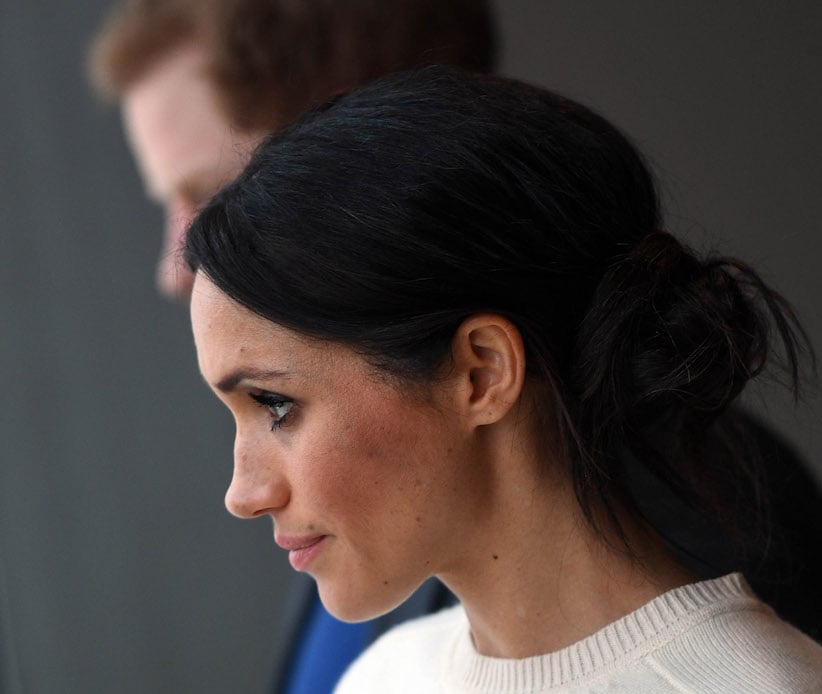 Update: On May 17, Meghan announced that her father wouldn’t be able to attend the wedding. The previous day he had heart surgery. So, the only close relative at her wedding will be her mother, Doria Ragland.

While Prince Harry’s family will turn out in force for his May 19 wedding to Meghan Markle, the same can’t be said for the bride’s family. Aside from her long-divorced parents, it’s unclear if any of her relatives will get a coveted gilded invitation allowing them to witness the nuptials at St. George’s Chapel inside the thick walls of Windsor Castle.

That’s because the Markle family is a tangle of half-siblings, multiple divorced spouses and their children. Many are blabbing intimate details of their lives—and Meghan’s—to the media, and filling their bank accounts in the process, while taking time to trash-talk each other. The dysfunction, feuds and recriminations in this middle-class American family with more than its share of good and bad fortune are such that it’s hard to keep her family tree straight.

Meghan’s father, Thomas Markle, was a divorced 33-year-old when he met Doria Ragland, 21, in Los Angeles in 1977. “My dad was a lighting director for a soap opera and my mom was a temp at the studio,” Meghan told Elle magazine in 2015. “I like to think he was drawn to her sweet eyes and her Afro, plus their shared love of antiques.”

They married in 1979 and two years later, on Aug. 4, 1981, their only child, Rachel Meghan, was born. (That date is also the 81st birthday of Prince Harry’s great-grandmother, Queen Elizabeth the Queen Mother.)

The marriage didn’t last. By their divorce in 1988, Meghan was being shuttled between their homes, often living with her mother during the week and her father on weekends. It was there that she played with her older half-siblings, Samantha (originally named Yvonne) and Thomas Junior.

Thomas Markle Sr. kept busy working on television shows ranging from General Hospital to Married With Children, picking up two Daytime Emmy Awards and another seven nominations. After retiring in 2011, he moved to an American expat community in Rosarito Beach, Mexico, where he largely stays to himself. In 2016, he declared bankruptcy in California, with debts of more than US$30,000, according to reports in the Daily Mail. Though he hadn’t met his future son-in-law before their engagement was announced, Thomas Markle is reportedly going to walk his daughter down the aisle.

While he will almost certainly have a guaranteed invitation, most of his family is at the top of the royal do-not-allow list—and they don’t seem to be taking it well. On Apr. 11, Samantha Grant wrote a plaintive tweet that read, in part, “The Markle family is looking forward to our wedding invites. No one has one yet. Still waiting.” These Markles could be waiting a long time:

Thomas’s first child, Yvonne (who now goes by Samantha Grant or Markle). Born in 1965, she has repeatedly vented her feelings towards her much younger half-sister to the press even though she hasn’t seen Meghan since 2008. After Meghan’s royal romance became public, she called her half-sister “narcissistic and selfish” as well as a “shallow social climber” and that Harry “would be appalled by what she’s done to her own family.” Then she claimed she was misquoted. Her two children by her first marriage apparently have nothing to do with her (one, Ashleigh Hale, a lawyer in the Washington, D.C., area, helped her aunt with her legal role in Suits and may score a wedding invite), while her third child, Noelle, splashed allegations of abuse by Samantha and her boyfriend (who is known to police) in the tabloids. If that’s not enough, Samantha, who lives in Florida, is writing a book titled The Diary of a Pushy Princess’s Sister, which she claims isn’t a tell-all but rather a “beautiful, warm, witty story.”

Thomas Markle Jr., Samantha’s brother. He works as a window fitter in Oregon. Though he hadn’t talked with Meghan since 2011, when she began filming Suits in Toronto, he sent a congratulatory letter to Buckingham Palace that was never answered. He claimed—to the media, of course—that a lawyer relayed a cold message from his half-sister: “That’s distant family and I don’t know those people.” If his cool relationship with Meghan isn’t enough, then his frequent encounters with the police would certainly eliminate his chances of wearing a morning suit at St. George’s Chapel. In January 2017, he was arrested for allegedly putting a gun to the head of his girlfriend, Darlene Blount, during a drunken altercation. Charges were eventually dropped. A year later, it was Blount who was arrested for allegedly attacking him.

Thomas and Tyler, Thomas Jr.’s sons. The two have publicly distanced themselves from their family. Indeed, they use the last name of their mother, Dooley. “My dad and aunt are crazy,” Thomas told a tabloid. “Me and my brother Tyler have nothing to do with our dad.” Still, he’s not hopeful for a wedding invitation.

If Thomas Markle’s family is a tree packed with problems, then the family of Doria Ragland, Meghan’s mother, is noticeably less complicated:

Doria Ragland, Meghan’s mother. “A free spirit,” complete with nose ring, is how Meghan described her mother,  in a 2017 Glamour interview. “My mom’s a yoga instructor, but she does social work, as well, and she works specifically with the geriatric community.” In 2012, Meghan made sure she was there when Doria got a master’s of social work from University of Southern California. Like her ex-husband, Doria has had financial troubles, declaring bankruptcy in 2002 with credit card debt topping US$50,000.

Alvin Ragland, Meghan’s grandfather. He divorced her now-deceased grandmother, he married again in the 1980s to Ava Burrows. Together, they had a boy, Alvin Joffrey who, though he’s Meghan’s half-uncle, is younger than his niece.

Ava Burrows, Meghan’s grandfather’s wife. She’s still close to Doria, who is the same age as her stepmother. She’s thrilled at the thought of her step-granddaughter marrying Harry. “Meggie marrying a prince? Who’d have thunk!” she told the Daily Mail. “I guess it’s like your Downton Abbey—and we’re the folks downstairs.”

While many of Meghan Markle’s relatives can’t seem to stop talking about their messy and complicated relationships, the two people closest to her—her parents—haven’t spoken publicly. That discretion was noticeable on the day of Meghan’s and Harry’s engagement: While six years before, Kate Middleton’s parents said a few words of congratulations in front of the cameras, Meghan’s parents issued a short statement through Buckingham Palace. “We are incredibly happy for Meghan and Harry,” they said. “Our daughter has always been a kind and loving person. To see her union with Harry, who shares the same qualities, is a source of great joy to us as parents.”

So while Meghan’s side of the aisle may be a bit short of relatives, the two who matter the most will be there, supporting their daughter.