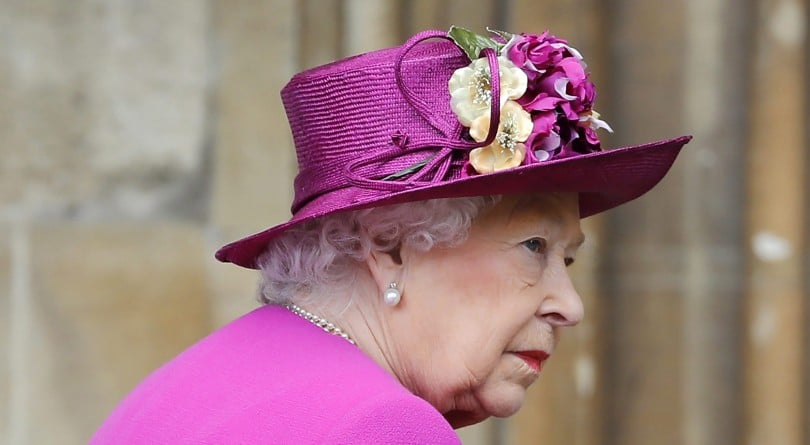 UPDATE, Apr. 20, 2018: Leaders of the Commonwealth have agreed that Prince Charles will be the body’s next head. The following post was published before the announcement.

The royal wedding of Prince Harry and Meghan Markle, as well as the coming arrival of Prince William and Kate’s third child, are stealing the headlines when it comes to royal news. But beneath all the glamorous distractions is this fact: as she prepares to celebrate her 92nd birthday, this may be one of the most important weeks of Queen Elizabeth II’s reign, and one critical to the future of her family.

On April 16, political, social and business leaders of the 53 nations that make up the Commonwealth gather in London for the biannual Commonwealth Heads of Government Meeting (CHOGM). CHOGM 2018 will be a week of non-stop forums, roundtables and meetings, and the royal family’s fingerprints will be all over it. Prince Charles will attend the people’s forum; Prince Harry and fiancée Meghan Markle will be part of the youth forum reception; Prince William will participate in a roundtable on conservation and the illegal wildlife trade; Sophie, countess of Wessex, will mingle at the Queen Elizabeth Diamond Jubilee Trust reception. The list goes on and on; there will be more than 30 engagements in total, before counting individual meetings by royals with political leaders.

But while its stated goal is to build “towards a common future,” the subtext of its busy schedule is the solidification of the royal family as the Commonwealth’s most prominent proponents—and to have Queen Elizabeth II’s heir, Charles, succeed her as the leader of the 2.4-billion-person organization.

For the last 66 years, the Commonwealth has been led by the Queen, who inherited her role from her father, King George VI. But whether or not Prince Charles will succeed her as Commonwealth leader will now be decided by the nations of the Commonwealth. “This is obviously a decision that is taken later in the week, a decision taken by all the members together,” Prime Minister Theresa May’s spokesman said. “I think that all happens on Friday.” That’s when the leaders of the 53 leaders gather at Windsor Castle and, perhaps, determine whether Charles will head the organization.

A flourishing Commonwealth, and the potential election of Charles as its leader, is the culmination of a life’s work by the Queen. She’s passionately defended the Commonwealth, fought for its survival and is well-versed on its diverse nations that range from monarchies such as Canada and New Zealand to former colonies including Nigeria and Singapore. “She can talk intelligently about politics and economics of all the countries,” recounted Bob Hawke, Australia’s former prime minister in a recent documentary about the sovereign’s relationship with the organization. And for decades, the royal family, led by the Queen, has focused a lot of time and effort on the Commonwealth. It’s no coincidence that William’s and Kate’s first tour was to Canada while Harry’s and Meghan’s will be Australia. When William and Kate returned to Canada in 2016, they visited the Great Bear Rainforest, now protected as part of the Queen’s Commonwealth Canopy. In November, Sophie, countess of Wessex visited Bangladesh to see how programs, aided and started by Queen Elizabeth Diamond Jubilee Trust (she’s vice-patron), are helping eliminate avoidable blindness.

Now Elizabeth II is attending what is widely believed to be her last CHOGM. She has stopped travelling internationally, so with the original host of Vanuatu having to pass because of cyclone damage, the Commonwealth’s leaders decided to come to her.

The “whither Charles” question is sure to dominate media attention this week (unless it’s supplanted by the arrival of a new royal baby). It is already generating news: On Sunday, the Commonwealth’s secretary-general, Baroness Scotland, dodged the succession question altogether. “Fifty-three heads of government are the heads, and they will make a decision in whatever way they will determine,” she told ITV’s Robert Peston. Meanwhile, Jeremy Corbyn, Britain’s Labour leader, poured cold water on Charles’s chances, telling the BBC’s Andrew Marr, “The Queen clearly is personally very committed to the Commonwealth but after her I think maybe it’s a time to say, ‘well actually, the Commonwealth should decide who its own president is on a rotational basis.’ ”

.@PScotlandCSG says the question of Prince Charles succeeding the Queen as Head of the Commonwealth will be a decision made by the 53 nations themselves. #Peston pic.twitter.com/j0yltgd1of

This CHOGM is one of the last times the Queen can quietly, behind the scenes, make her feelings known to so many leaders at one time. It’s no coincidence that Prince Charles wrote a prominently placed essay in the CHOGM report that reiterates his bona fides: “It it is the fascinating diversity which exists across and within the 53 member countries—from which I have learnt so much on the many visits I have made throughout the Commonwealth during the last 64 years—which is what makes this family of nations quite unlike any other and which, I happen to think, is its greatest strength.”

The Queen has certainly done everything she can to position Charles as the heavy favourite for the position. In 2016, during a lecture on the future of the Commonwealth, Julia Gillard revealed that when she was Australia’s prime minister in early 2013, she was asked to meet with Sir Christopher Geidt, the Queen’s private secretary, for a brief meeting regarding her duty as chair of the Commonwealth, which she held until the next meeting in Sri Lanka. Geidt flew to Adelaide for that meeting.

The result was a big boost for Charles: “For Australia’s part, I am sure the Queen’s successor as monarch will one day serve as head of the Commonwealth with the same distinction as Her Majesty has done,” Gillard said in 2013. That pro-Charles stand was echoed by John Key, then PM of New Zealand, who said, “I have been strongly of the view he become the head of the Commonwealth in the same way the Queen is.” For her part, Gillard has no regrets: “I would not want you to think this was some simple act of colonial subservience. I did see wisdom in it.”

“I can’t think of anyone better and more suited for this role than Prince Charles,” says Robert Finch, head of the Monarchist League of Canada. “Who but the monarch could possibly command the same level of respect and offer the organization the needed name recognition? No one, in my view.”

A leader who commands respect is essential to the future of a multicultural organization comprised of some of the world’s richest and poorest, largest and smallest nations. Though today, membership in the Commonwealth—comprised of 53 nations, representing 2.4 billion people—is “based on free and equal voluntary co-operation,” that wasn’t always the case. The Commonwealth has its roots in the most unequal of political organizations: empire. At one time the British Empire spanned the globe. Then slowly, as its power waned and its colonies became self-governing nations, a new political entity, the Commonwealth, took its place.

According to its charter, it seeks “consensus through consultation and the sharing of experience, especially through practical co-operation.” That may sound old-fashioned in a world filled with bullies and braggarts, but its message is one the Queen has emphasized throughout her reign. As she declared in this year’s Commonwealth Day message, “These [CHOGM] gatherings are themselves fine examples of how consensus and commitment can help to create a future that is fairer, more secure, more prosperous and sustainable.” Yet the Commonwealth, as a voluntary organization with myriad political views, has all-too-frequently been seen as a weak, divided organization with little international teeth. It could have withered away innumerable times.

That it survives is due, in no small part, to the Queen. She’s travelled the length and breadth of the Commonwealth during her reign; in 1954, she even spent three weeks at sea to visit the remote nation of Tonga. In 1961, as former colonies in Africa were being tempted by the Soviets to reject their Commonwealth ties, the Queen and Prince Philip went to Ghana for a historic visit. For 11 days, she inspected guards of honour, met chiefs and kings, and even attended a horse race, her every move in an open-topped motorcade witnessed by huge crowds. For most of the time, President Kwame Nkrumah was by her side, including a historic dance. “It was a gallant decision,” one observer recalled in the recent Queen and the Commonwealth documentary. “The Commonwealth could have devolved into an almost whites-only club.” Instead, Ghana kept its membership as the Commonwealth successfully transformed itself into a truly multi-cultural organization.

The Queen’s biggest Commonwealth struggle came in 1986 when seven prime ministers arrived in London to talk about applying sanctions against South Africa, booted from the organization for its apartheid regime. While the seven wanted sanctions, Britain’s prime minister, Margaret Thatcher, was opposed. The Queen hosted a working dinner—no spouses, no aides allowed—at which Thatcher was given a clear message that a schism would not be allowed. “She would be a minority of one,” recalls Sonny Ramphal, then secretary-general of the Commonwealth. “Margaret Thatcher had been hijacked by her Queen.” Four years later, Nelson Mandela was freed. “When Mandela came out of prison, he knew one of his benefactors was the Queen,” Ramphal states. Soon, South Africa was back in the organization and Mandela was a guest of the Queen at Buckingham Palace.

Now, the Queen’s era is ending. She’s done everything she can to ensure its survival, and lay the path for the possible succession of her eldest son. After days of meetings, as well as glittering banquets and receptions at Buckingham Palace and Windsor Castle, everyone will gather on Apr. 21 at Royal Albert Hall for a 92nd birthday celebration for Elizabeth. Politicians and royalty will listen as the likes of Shawn Mendes, Sting and Shaggy serenade the Queen. The concert’s main beneficiary is a new charity, the Queen’s Commonwealth Trust, which is funding young people whose ideas will “solve local problems in education, health, the environment and sport.” Its president, Prince Harry, is one such person, having created the Invictus Games as he leads the fight against the stigma around mental health issues.

Earlier this year, the Queen stated: “By pledging to serve the common good in new ways, we can ensure that the Commonwealth continues to grow in scope and stature, to have an even greater impact on people’s lives, today, and for future generations.” The large involvement of the royal family in the London CHOGM shows that her family has gotten the message and is carrying her message to that new generation. The question now is whether the royal family’s commitment is enough to ensure its future atop the organization.