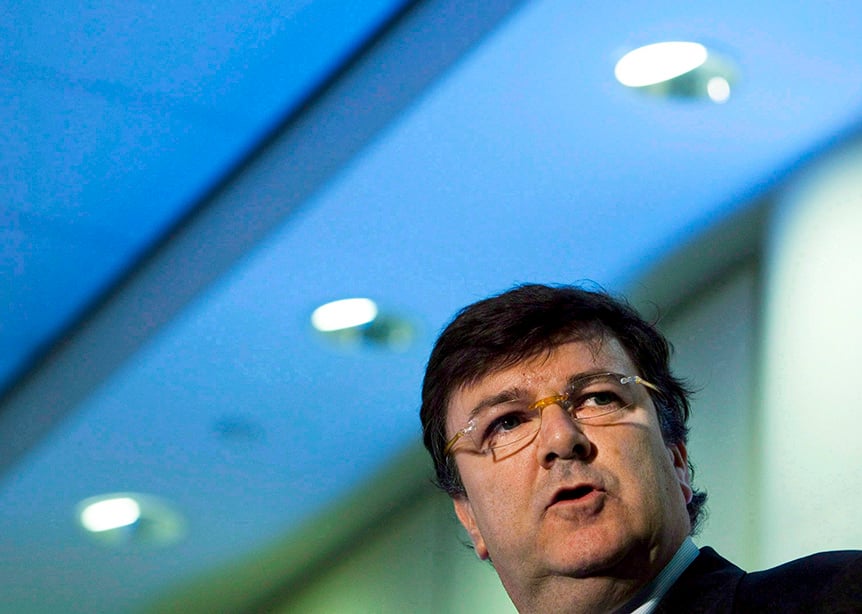 Headlines about new medical research invariably are lifted from the conclusion found in the study’s summary abstract. So it was with the recent publication in  JAMA Neurology of an awaited Italian clinical trial investigating the safety and efficacy of a venous percutaneous transluminal angioplasty (PTA) to treat people with multiple sclerosis. The summary conclusion declared PTA, also known as venoplasty, to be “safe” but “largely ineffective.” The treatment cannot be recommended in patients with MS,” it stated.

Anyone who read the seven-page study, however, would have found a second, somewhat contradictory conclusion— that MRI results showed some people with MS, a degenerative condition of unknown origin, benefitted from improved cerebral blood flow, and further study was warranted: “The delayed effect of venous PTA 6 months after the procedure on the magnetic resonance biomarker suggests a possibility that PTA may produce benefit for a sub-group of patients with MS. This should be further analyzed and investigated.”

Such apparently conflicting conclusions are odd, but they also echo frictions underlying the research itself. Eight years ago, Paolo Zamboni, an Italian vascular specialist, created a firestorm in the MS community with his hypothesis that MS, long believed to be an autoimmune disease, could have a vascular component: his research indicated people with MS had restricted venous flow from the brain and spinal cord, a condition he classified as “cerebrospinal venous insufficiency,” or CCSVI. His small 65-person observational study found venous angioplasty improved or eliminated MS symptoms.

MS neurologists, the official MS gatekeepers, dismissed, even mocked, Zamboni’s hypothesis, and the scientific integrity of his research. Nonetheless, tens of thousands of Canadians with MS sought treatment, often traveling overseas, spurred by anecdotal reports of improvements spread on social media. (Incidence of MS is so high in Canada, the country’s MS Society has branded it “Canada’s disease.”) In Canada, people with MS pressed to have venoplasty for MS covered by health plans (it is covered for other conditions). They also called for a randomized, double-blinded placebo-controlled trial of the sort used to test new drugs.

Reported responses to CCSVI treatment were as varied as the MS population itself: some people experienced lasting benefits in terms of renewed energy, better balance and improved bladder control; in one case, reported here, an neurologist acknowledged improvements. For others, early improvements vanished with time; a percentage saw no benefit and experienced complications; three deaths were associated with the treatment. In time, the idea that CCSVI was the cause of MS, and that treating it could be a cure, was abandoned; people with MS, many of them disillusioned with or unable to take MS drugs, sought symptom relief and improved quality of life.

Zamboni’s theory propelled wide-ranging research and the creation of a multidisciplinary society to investigate neuro-vascular diseases. MS neurologists conducted research reluctantly; their studies, including this one from UBC, found no link between CCSVI and MS. A controversial Canadian-government-funded, 104-person clinical trial announced its results last March before completion: it found PTA safe but ineffective. Those findings have yet to be published (in a statement, the trial’s principal investigator, MS neurologist Anthony Traboulsee, says the results “are currently under review by a top-tier medical journal”).

Zamboni was the principal investigator and senior author of the newly published Italian study, dubbed “Brave Dreams” (Brain Drainage Exploited Against Multiple Sclerosis); he was also the only vascular specialist among a committee of 12 MS neurologists. The process was embattled, Zamboni told Maclean’s, with disputes over wording, data, and measurements.

The study was rigorously designed but marred by limitations. One was its small size. Originally designed for 430 participants, only 115 patients were enrolled (76 had PTA; 39 received a sham procedure, the surgical equivalent of placebo); as such it was “underpowered” to answer the questions it sought to investigate. The low enrolment is explained in the study as the result of MS patients’ lack of willingness to undergo the sham procedure. Neurologists’ reluctance to enrol patients was a factor as well, Zamboni says: “Out of 18 accredited MS centres, only six actively recruited.”

RELATED: How the new impatient patient is disrupting medicine

The data did confirm a high prevalence—74 per cent—of CCSVI in people with MS. It also found various and complex types of venous malformations, including closed jugular vein valves. Only 53 per cent of people who received PTA had blood flow restored; it was ineffective for the remainder. “We were aware before started that PTA cannot restore flow in all,” Zamboni says, adding: “We cannot expect any improvement when PTA is ineffective and does not increase the drainage flow and decreases the venous pressure as well.”

The study concluded that PTA did not result in functional improvements (for example, improvements in gait, balance, bladder control, fatigue, etc.), nor did it reduce the mean number of new combined brain lesions on MRI at 12 months. Yet one neurologist involved in the trial, Maria Grazia Piscalgia of Ravenna, Italy, interviewed by  CTV News, indicated she witnessed improvements not reflected in final data. Piscalgia, who referred 28 patients, reported she saw improvements in both MS symptoms and lesions in almost all patients who received treatment: of the 20 who received treatment, 18 showed improvements in symptoms and fewer lesions on MRI scans for one year. After that data was combined with the rest, however, no overall functional benefits were recorded. In fact, a greater percentage of the sham group (49 per cent) showed improvements than the PTA group (41 per cent).

The one aspect of the study that calls for further inquiry  is the finding that 63 per cent of treated patients, 20 per cent more than the sham group, were free of gadolinium-enhancing lesions at 12 months. The importance of this is explained in the study: “Gadolinium enhancement is a marker of damage to the blood-brain barrier, whose time course depends on lymphatic drainage and hence on venous drainage from the skull. Previous studies have reported that venous pressure is lowered and cerebrospinal fluid dynamics is improved after venous PTA. This is a hopeful finding, says Zamboni: “It suggests benefits of the endovascular procedure on the dynamics of the blood brain barrier.”

The study is accompanied by an editorial written by three MS neurologists that is scathing in its denouncement of CCSVI, CCSVI advocacy and the role of social media in spreading “ineffective medicine.” The study is “rigorous and definitive,” the authors declare and its result is “unequivocal.”  Yet they also misrepresent the findings: “No benefit was seen for treated patients with regards to the percentage of patients who were free of new lesions or the number of new brain lesions observed,” the authors write, a statement that is false.

RELATED: An MS trial reported ‘definitive’ results before it was done. Why?

George Ebers, an eminent Canadian neurologist now retired who rejects the CCSVI theory, calls the study “strange”: “The study was very weak, but Zamboni was forced to say it showed no effect, removing the only advocation of CCSVI which remained,” Ebers says, via email, adding: “This is a good thing. This was the goal of publication and also to bring down the hammer of the editorial.” Ebers disagrees with the editorial claim that the study was “rigorous” but believes it was necessary: “Saying this study was clear and rigorous is a manifestation of the frustration of organized medicine at having to deal with something like this. It was like being forced to reinvent the wheel when one was under your chair.”

The study would not ordinarily even be published in JAMA Neurology were it not for “the peculiar dynamics of the CCSVI situation,” says Ebers. He calls that situation “biopolitical” and says it should be reflected on seriously by “all the interested parties.” MS patients’ response to CCSVI signals dissatisfaction with the MS medical status quo, Ebers says: “What it unequivocally states is that a substantial minority of the MS community has lost trust in MS doctors.” He blames the drug industry’s domination of the MS field: “We are in an era where, in the U.S., 95 per cent of doctors have a financial relationship with Pharma. For MS doctors in Canada, it might be 100 per cent.”

Ebers, a critic of the benchmarks used to test MS drugs, says many MS patients have told him they perceive that doctors in MS clinics are more interested in recruiting patients for drug trials than in dealing with their problems. For such trials, he notes, “the doctors, their hospitals, and universities are paid considerably in excess of what they get for looking after the sick.”

Focus on drug treatment for MS was emphasized only days after the result of the Brave Dreams trial was  published. On Wednesday came news that a $30-million MS centre—billed “the largest and most prestigious on Earth for both patient care and research”—is slated to open in Toronto’s St. Michael’s Hospital. It will be headed by neurologist Xavier Montalbano, recruited from Barcelona and described by the Toronto Star as someone who “has led the field in the use of new drug therapies that have shown remarkable success in slowing the progression of the ailment.” Montalbano cited “the large patient load” at the centre as the reason he took the job: studies that fine-tune new drug therapies require long-term observation of large groups of patients, he explained.

For his part, Zamboni says he will continue his research, working with the trial data to investigate which subset of people with MS could benefit from PTA as well as other methods to treat CCSVI. Knowledge of the venous system, particularly the role brain vasculature plays in neurodegenerative diseases, is in its infancy, says Zamboni, who has partnered with NASA to investigate venous flow in space. In the years since his initial CCSVI study, other research is emerging that is reshaping the way we see the brain, including the discovery of a brain lymphatic system and new insights into the relationship between the immune system and the brain.

That, in turn, is shedding new light on mysterious, devastating neurodegenerative disease like MS and Alzheimer’s. It’s illumination that, clearly, is sorely needed.