A glaring omission from Trudeau's letters to his ministers: hunger

The Liberals used to talk a good game about tackling food insecurity. Now, with food prices soaring, they hardly talk about it at all. 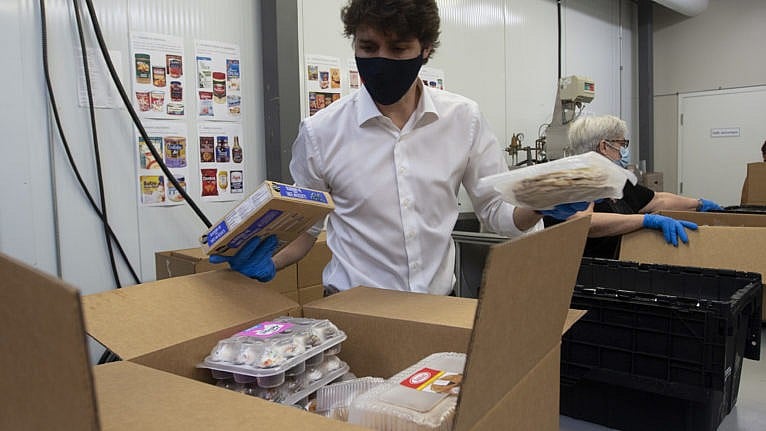 Anyone who has taken a trip to the grocery store recently has experienced a heavier hit to their wallet than usual. Eggs that rang in at $5.86; 500 grams of extra lean ground beef at $8.80; a loaf of bread for $3.61; a $7.25 bundle of asparagus and a carton of milk at $4.55 all reflect rapid escalation in food prices over the past few months, with a five to seven per cent price hike forecast in 2022.

This, paired with generally stagnant wages and overall inflation at a 30-year high, has many anxious about how they will feed their families. But for more than five million Canadians already grappling with food insecurity, it’s a bleak reality that could lead to greater reliance on food banks, thrusting them farther to the margins of society.

Food insecurity is a growing problem and one that experts claim should be addressed through policy intervention. It would be reasonable to assume, then, that the issue is top of mind for a recently elected federal government. But the latest batch of so-called “mandate letters” to federal ministers, in which the Prime Minister identifies policy priorities he’d like them to pursue, makes no mention of tackling hunger or food affordability.

Did the issue fall by the wayside?

As recently as last year, the Liberals had cited food insecurity as a matter of importance: four ministers found it in their January 2021 mandate letters, and it got a mention in the 2020 Throne Speech. The government insists it still has a plan to address the issue through a number of related policy initiatives, hinting at opportunities in the upcoming budget.

But advocates and food policy experts worry the Trudeau government has turned its attention elsewhere, noting the issue was absent from its most recent Throne Speech, too.

Melana Roberts, chair of the non-profit Food Secure Canada, says the lack of mention of food security in the mandate letters was a “glaring” omission that suggests the government has lost its sense of urgency to address the issue; she points to the UN Sustainable Development Goals Canada signed onto, which commits the government to end hunger by 2030. 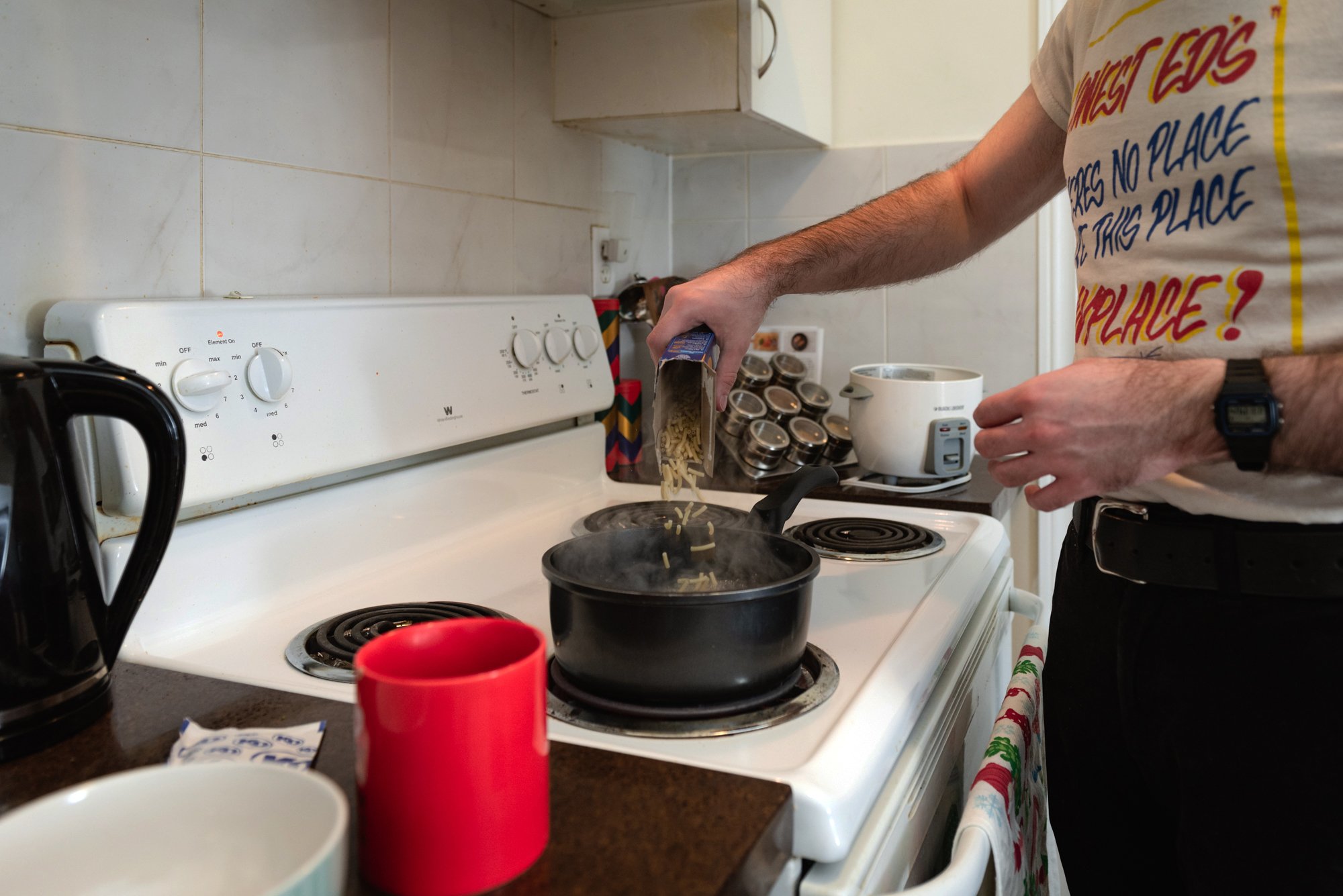 As such, Food Secure Canada is also focusing on politicians outside Liberal tent. The decentralization of power in a minority government, says Roberts, offers opportunity to get hunger and food insecurity onto the federal radar, even if they’re not in the explicit ministerial mandates. Ahead of the most recent election, the organization ran a non-partisan campaign that mobilized constituents across Canada to speak with their federal candidates on issues around food insecurity. Roberts sees it as a launch pad for politicians to propose more informed policy. This could include private member’s bills, motions or parliamentary e-petitions.

“We have an ongoing dialogue with all the different parties to ensure that robust solutions are being put forward that are backed by community leadership to address root causes and see the kind of change that people are more than ready for,” she says.

Food Secure Canada and other advocates have called on Ottawa to recognize food as a human right. But narrower goals are well within reach, they say. In an analysis of recent mandate letters, Robert’s group was critical of the government failing to outline food insecurity reduction targets, or committing to build resilient local food systems.

Despite omission of food security from ministers’ to-do lists, the government claims it has other policies in place to address the issue. An emailed statement from a spokesperson for Karina Gould, the minister of families, children and social development, pointed to its latest mandate letter directive to develop a national school food policy in promoting food security. But it said the government was pouring its resources into broader initiatives like delivering its poverty reduction strategy, implementing a community services recovery fund for charities and non-profits and reducing regulated child-care fees to $10 a day.

The spokesperson also mentioned existing measures like the Canada Child Benefit, Old Age Security Pension and the Emergency Food Security Fund for food banks. “At its core, food insecurity is a function of income and poverty,” the statement went on, adding that the government is focused on making life more affordable for Canadians. “As we emerge from the pandemic, these are the same priorities that will form the foundation of Budget 2022.”

Still, as it stands, the NDP is the only party with influence in Parliament that highlighted food security in its recent election platform: among other things, it promised to develop a national food policy. The party has also received credit for pushing income measures earlier in the pandemic that relieved hunger, such as the $2,000 monthly CERB payments, and a wage subsidy for businesses. With the balance of power in the Commons, say advocates like Roberts, the party is well-positioned to bolster policy.

Seasoned researchers, like Valerie Tarasuk, aren’t optimistic that the government’s current policy and proposals will be enough to alleviate the problem. She too was disappointed by the omission of food insecurity and hunger from the mandate letters, but not surprised.

Tarasuk, who leads PROOF, an interdisciplinary research team investigating household food insecurity in Canada, says the government shouldn’t be cutting cheques to food banks and charities if it wants to get to the root of the problem—a reference to the federal Emergency Food Security Fund and the Community Services Recovery Fund.

“Things are really bad in terms of the sheer magnitude of people that are food insecure,” she says. “I think things are going to get harder and we’ll see an eroding of health around physical or metabolic issues related to diet and stress.”

Tarasuk says the only intervention that’s been documented to have an impact on food insecurity has been income-based transfers, adding that the development of a basic income would be a positive step. Since that isn’t outlined in the mandate letters, she suggests the government take a look at its poverty reduction strategy and find ways to patch up existing social safety nets to ensure Canadians have enough income to meet their basic needs.

Still, with no sign of food insecurity rates or grocery prices falling soon, these troubles will define life for many Canadians as they navigate another year of the pandemic. But for families scraping by, and the advocates who support them, the pressure to find some solution is mounting. Not too long ago, they had a reason to hope for robust action on the part of Ottawa to tackle a growing problem. That hope is starting to fade.