In a remarkable glimpse of her life inside the Supreme Court, Rosalie Abella explains to Paul Wells the history and significance of what hangs on the walls of her office 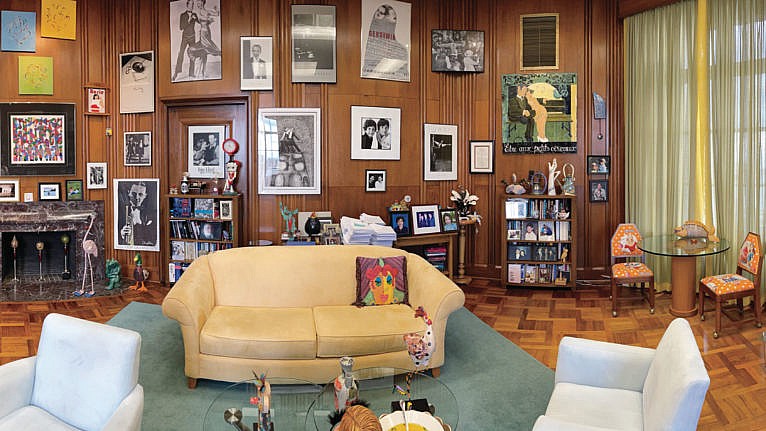 Paul Wells spoke to Rosalie Abella as her retirement from the Supreme Court nears. Read the full interview here. Scroll down to see an interactive photo of her office below, annotated with their discussion.

Paul Wells: Is all of this stuff for you? Or is it for visitors?

Rosalie Abella: It’s for me. And it started in the family court, where I didn’t have a lot of visitors. And, by the way, where I never had family pictures, because when I did have lawyers come in, and the job involved painful decisions about families, I didn’t want pictures of my own kind of shining out, in contrast to what we were dealing with. Until I got to the Supreme Court, I don’t think I ever had pictures of my kids or my family. So in the family court, they were always happy, whimsical pictures. It occurred to me after a while that what I was doing was collecting images that were whimsical and antidotes to the pain I was hearing in the courtroom. It wasn’t conscious. I did not set out to do it. But I realized that what I was doing was giving myself something that was soothing, after the emotional turmoil of some of the cases I was hearing.

It wasn’t what you expect to see in a judge’s office. But what you do expect to see in a judge’s office is what makes the judge comfortable working in that office. Some people need nothing. If you went to [my husband] Itchie’s office, you wouldn’t have been able to find any floor to step on because there are books everywhere. Just books. But for me, it’s always been something that relaxes my brain, and I look up and smile and feel happier.

This photo annotation appears in print in the July 2021 issue of Maclean’s magazine with the headline, “A court-side view.” Subscribe to the monthly print magazine here.