A Twitter tipping point: time for sexual assault burden to shift to men

Anne Kingston: It's becoming clear that the way we talk about sexual assault diverts attention from the assailants—as if no one's committing the offence 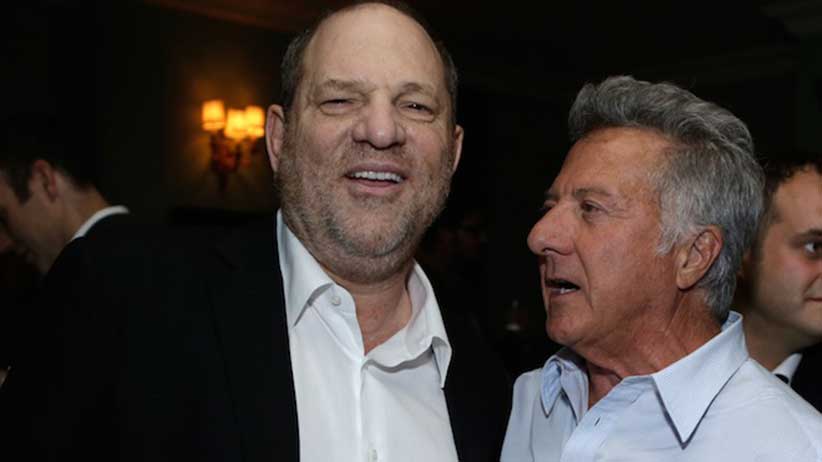 Over the past two days, Jackson Katz’s trenchant observation about the backward way sexualized violence is discussed has exploded on social media—greeted by a chorus of “Yes!” or “Why didn’t I think of that?” Here’s what the American educator, author and filmmaker said:

So you can see how the use of the passive voice has a political effect.

It shifts the focus off of men and boys and onto girls and women. Even the term ‘violence against women’ is problematic.

It’s a passive construction; there’s no active agent in the sentence.

It’s a bad thing that happens to women, but when you look at that term ’violence against women,’ nobody is doing it to them.

It just happens to them.

Men aren’t even a part of it.”

As a statement, it’s unassailable. Men are sorely absent from discussions of the psychic and societal pain caused by sexualized violence, even though they are the ones who commit it and can also be its victims. But Katz’s comment went viral for another reason: it crystallizes a paradigm shift already afoot, evident in blowback to the #MeToo social media campaign that saw millions of women share their experiences being assaulted and harassed. Something about women bravely putting up their hand in #MeToo solidarity, establishing membership in a club to which all women belong, forced many women to say finally: “Enough with the hashtag awareness parade! Why is sexualized violence women’s problem to solve?” As Liz Plank tweeted: “Why is the burden always on women? I’m done pretending sexual assault is a woman’s issue. Your shame is not ours. No sir. #HimThough” Watching the gruesome, cinematic Harvey Weinstein horror show provided another tipping point. In one instance,  women in media were inspired to create an anonymous, private “Shitty Media Men” spreadsheet naming men who’d been abusive to warn others. As Jessica Valenti writes in the Guardian: “if there’s anyone who deserves to be counted right now, it’s the monsters.”

Of course, we talk passively of “women who were raped” for systemic reasons: it’s based on police reporting, which we know offers a woefully inadequate tally of the scope of sexual violence. This is the same system that institutionalizes a complainant’s shame by automatically imposing a publication ban to shield her (or his) identity. The measure is meant to be protective, and is welcomed by many women. But automatically imposing such a ban is paternalistic; not asking for consent is shockingly insensitive under the circumstances. It suggests being sexually assaulted is the source of shame, when any shame rightfully belongs with the perpetrator. Notably, the only other crimes in which such pro forma bans are used are those involving children.

Katz is not alone in advocating that we reframe the conversation and language around sexualized violence, or that shame needs redirected to the perpetrator, or that it’s as much, if not far more, a “men issue.” But he deserves props for being at the forefront of a growing group of male anti-sexism advocates whose voices are needed. In his 2013 TED talk , viewed more than $1.5 million times, Katz observes that calling  sexual assault a “women’s issue” lets men off the hook: “it gives men an excuse not to pay attention.” The designer of a gender violence prevention and education program used by the U.S. military and sports teams internationally, Katz understands the complex intersections of power, masculinity and sexual assault. He was one of the first to speak out about how men who commit domestic terrorism often have a history of domestic violence. His 2016 book Man Enough?: Donald Trump, Hillary Clinton, and the Politics of Presidential Masculinity, is one of the most insightful (and now prescient) pieces of writing about the American electoral process. In it, Katz outlines how, from Ronald Reagan vs. Jimmy Carter onward, U.S presidential elections have been unspoken masculinity-defining contests. Women who enter the arena do so at an automatic, unspoken disadvantage.

As the Weinstein example illustrates, sexual assault is less about sex than power, specifically power imbalances. That is why using the passive voice to describe it is both disingenuous and dangerous, as Katz has previously stated: “The use of the passive voice diverts attention away from the problem—from the group with more power onto the group with less. It’s not a coincidence—it’s how power functions, through the shifting of accountability.”

Likewise, focus on the “sexual” aspect of “sexual assault” takes us down a puritanical rabbit hole where women’s behaviour or clothing or pasts come under the spotlight. As Katz pointed out in his TED talk, questions should be directed at the rapist, not his victim—as well as to a system that enables it: “What’s going on with men?” he asks. “Why do so many adult men sexually abuse little girls and boys? Why is that a common problem in our society and all over the world today?” Rachel Giese raised similar questions recently in Chatelaine, in a column that explored ways that even “the good guys” could come forward to address their behaviour. “What is wounded inside them that causes [men] to harass, belittle or hurt women?,” Giese asks. “And what does it do to their humanity when they dehumanize women in these ways?”

Reframing the way we talk about talk about sexual assault, the words we use and the questions we ask, is vital. So is calling out well-meaning, platitudinous talk of men being “half of the equation,” a remark that misrepresents assault as something in which women participate equally when, by definition, they do not participate at all. Where they can, and are actively participating, is in finally saying “This is not women’s problem to solve.” If it takes an intelligent male voice for people to pay attention, so be it. It serves as just one more example of the power imbalance that needs to be fixed.