After a Quebec heritage house is set on fire, what can emerge from the ashes?

Some thought the Maison Busteed, built on unceded land, should have been preserved, others considered it a symbol of colonialism to be demolished. The decades-long argument recently came to an acrimonious end. 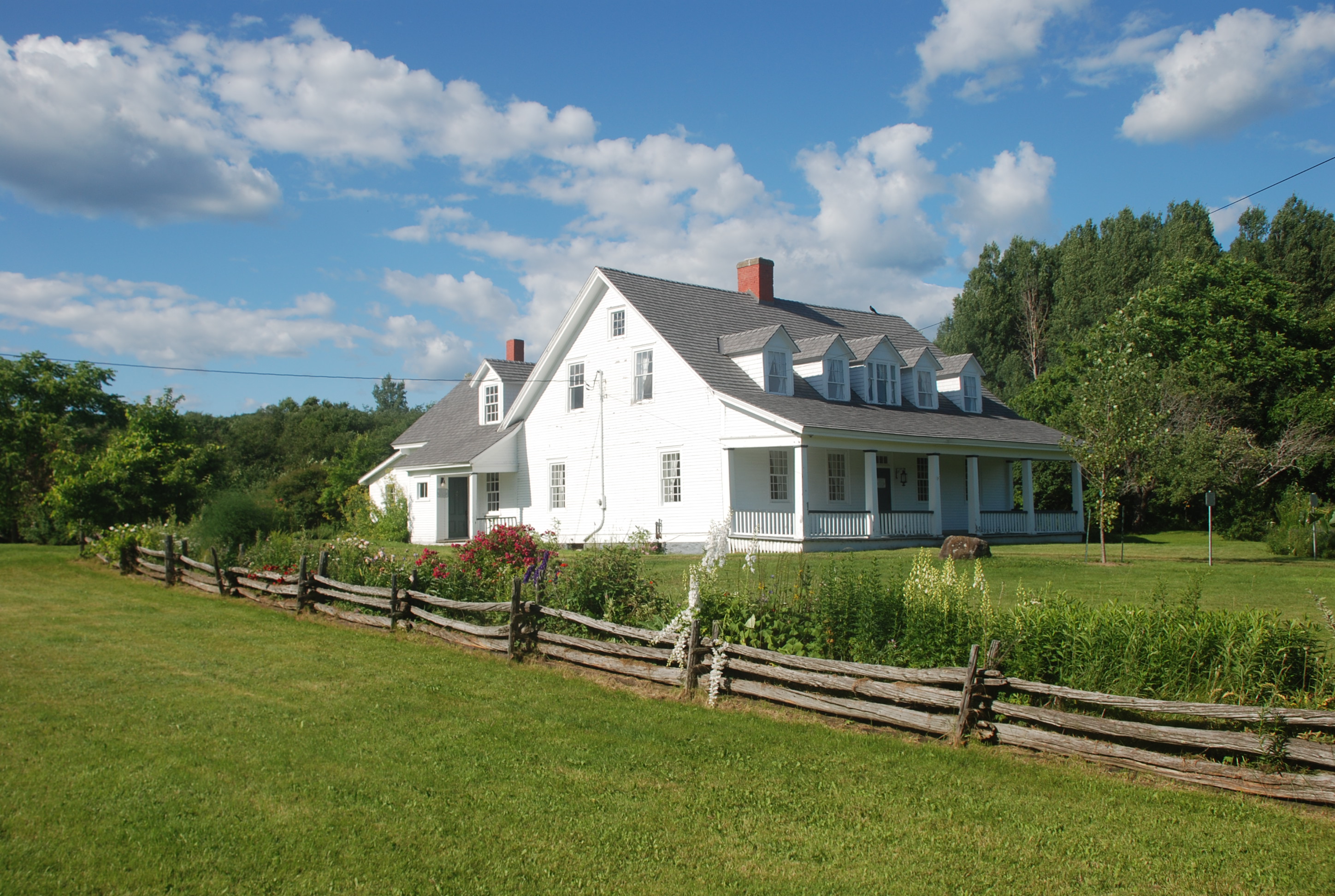 Maison Busteed in 2011, one year before the land was handed over to the Listuguj Mi’gmaq Government (Courtesy of Jean-Marie Fallu)

The old house is a historic residence, an architecturally significant reminder of hard-fought battles, a community landmark. It should be preserved.

Or: The old house symbolizes the theft of land, colonialism and ongoing discrimination against Indigenous peoples. It should be repurposed. Better yet: demolished.

Versions of that debate are taking place across North America as communities grapple with systemic racism and the complicated legacies of historical figures. Plenty of physical structures, such as buildings and statues, have become a part of that reckoning—the subject of nuanced conversation and peaceful demonstration, but of vandalism and bloody confrontation, too.

In small-town Quebec, the decades-long argument over one old house recently came to an acrimonious end. The Maison Busteed, considered the oldest house in the eastern region of Gaspésie, was set ablaze and destroyed in an alleged act of criminal arson at the end of May.

Jean-Marie Fallu, the president of heritage organization Patrimoine Gaspésie, says the fire reminded him of the debate over whether statues of historic figures should be taken down. But he argues that buildings are different: much can be done to transform and repurpose a structure, even while it serves as a reminder of past wrongs. “They have a different kind of value,” he says, lamenting the missed opportunity for a museum. “As soon as it’s destroyed, you can’t do anything with it.”

Thomas Busteed, an Irishman, settled in the region in the late 1700s, joining his brother, an Irish-American loyalist who had fled north after the American Revolution. Busteed built the house around 1800, and his descendants lived in it for more than two centuries. On the house’s 200th anniversary, the local Société historique Machault planted gardens with heirloom flowers and hosted a community picnic.

In 2009, the federal government bought the property for some $800,000 before transferring it to the Listuguj First Nation along with a $65-million settlement. That agreement, finalized in 2014, according to Chief Darcy Gray, was the culmination of a legal battle that had begun in the 1990s.

The 400 acres of land, for which the Busteed family had no formal deed—meaning it had never been ceded—was much more important to the Listuguj people than the building, says Gray. “You’re looking at an acreage that’s almost double the size of our community.”

As for the house itself, there were mixed feelings. “The older generation in our community remembers being denied access to the property,” says Gray. “Our elders would remind people that it is still our land, it is still our property.” There was talk in recent years of converting the house into a “place of healing” for the nation’s 3,000 residents—something the nation’s government discussed with the province, which had designated the house a heritage building in 1987. Earlier this year, the Listuguj decided to have restoration experts come in to make an assessment. Then the pandemic hit, forcing a delay.

But there were some in the community who wanted nothing to do with the house. “You had the other extreme of, ‘We need to get rid of it. Pick it up and move it. Put it anywhere else except in our community. Burn it to the ground.’ ” 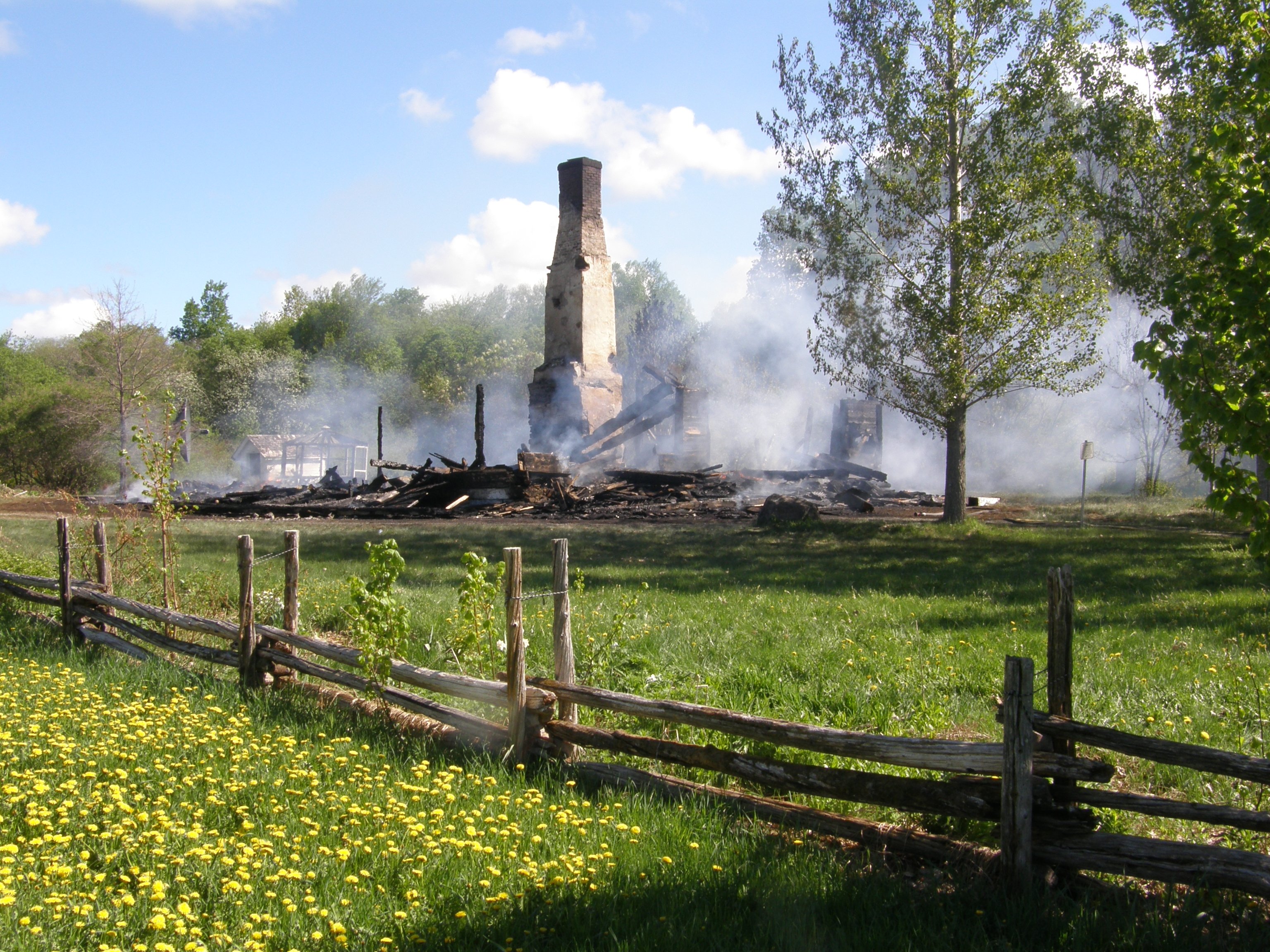 Maison Busteed, considered the oldest house in the eastern region of Gaspésie, was set ablaze and destroyed in an alleged act of criminal arson at the end of May (Courtesy of Michel Goudreau)

As the Listuguj debated what to do, some in the neighbouring municipality of Pointe-à-la-Croix—whose lineage of mayors includes three members of the Busteed family—criticized how the First Nation was handling its acquisition. “It was the longest-standing structure of colonial oppression on the Gaspé coast, and you’re saying we have to honour this?” says Gray. “It’s not for someone outside to tell us what we do with our homes and our community.”

In recent years the house fell into disrepair and had to be boarded up due to vandalism. A photo taken in April, provided by Fallu, shows charring underneath a window that suggests a previous attempt at arson. After the successful attempt on May 31, nothing but a chimney and part of the foundation remained. The chimney, seen as a safety hazard, was pulled down.

One item was recovered from the rubble. Thomas Busteed had acquired a French cannon from the Battle of Restigouche—France’s last, failed attempt to wrest Quebec from the English in 1760—and built it into his fireplace. In that battle, the Mi’kmaq people from the area fought alongside the French. Gray says there’s no decision yet on what to do with the cannon.

The Listuguj fire department is investigating the blaze, but had drawn no conclusions by mid-June, and Fallu is concerned that nobody will be brought to justice. Such an outcome, he says, “would mean that it isn’t serious to destroy an important witness to our heritage, recognized as a common good, just like a hospital or other important institution.”

Chief Gray, meanwhile, sees an opportunity to wipe the slate clean of animosity or miscommunication that surrounded the house when it was still standing. He doesn’t specify what might replace the home, but says: “My son’s name is Phoenix for a reason. That’s the way we have to look at it, I think, at the silver lining. Yes, it was burned to the ground. But there’s a chance for something to come out of it.”

This article appears in print in the August 2020 issue of Maclean’s magazine with the headline, “A smouldering past.” Subscribe to the monthly print magazine here.