With an enviable knack for bursting forth in fierce argument and outstanding journalism, Kingston had a brilliant 40-year career as an award-winning reporter, columnist, and author. She died on Wednesday at age 62. 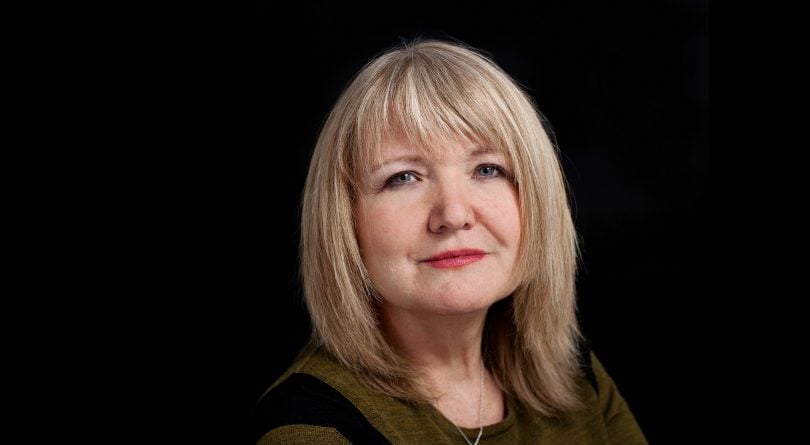 One of the many times Anne Kingston surprised me was in a late-1990s conversation about a recent Tama Janowitz novel. I had begun to enumerate the book’s virtues when Anne, who I knew as a business writer, rolled her eyes, cut me off and launched into a devastating critique of the book as warmed-over Samuel Richardson (the fine epistolary novelist of eighteenth-century England). As her impromptu, incisive and irrefutable argument unspooled, I sat mute and blinking. We hired Anne at the National Post soon after, and not as a business writer.

Anne Kingston was always surprising in that way, a quiet, almost shy, sweet-natured person with bottomless stores of knowledge, a wide range of interests, and an enviable knack for bursting forth in fierce argument and outstanding journalism. She enjoyed a brilliant 40-year career as an award-winning reporter, columnist, and author. She died on Wednesday at age 62.

A native Torontonian, Anne was born Nov. 5, 1957 at St. Michael’s Hospital, the oldest of three children. Her father, Alan, worked at the Globe and Mail, although not as a journalist. He died when Anne was seven and her mother, Margaret, returned to work as a public-school teacher and librarian. Anne thus became one of the adults at home, helping Margaret raise her brothers, Dave and Rob.

“Anne was a lot like my mother,” says Dave. “Strong-willed and resolute. She always worked hard and she had a strong sense of justice, right from the start.

“Everything was about fairness and equality, right down to who got the biggest slice of pie. I have a vivid memory of her at eleven-years-old. A family friend came over and made an off-colour sexist joke and Anne stood there with her hands on her hips and said: ‘That’s not funny.’ She left the room.

“If she saw something wrong, she would call it out. She didn’t care what happened. People are programmed now to think about political correctness but for her it was about what was fair and reasonable. She was a fair person and she protected the people she loved and cared about. She was a quiet fighter.”

She was by all reports a good sister, sharing her record albums—Joan Armatrading, Joni Mitchell, Sister Rosetta Tharpe—and pooling allowances with her siblings to buy more.

Kingston studied comparative literature at Trinity College, University of Toronto, and afterwards worked as a copy editor at Harlequin and in public relations at Dominion Securities, which led to an editorial position at Your Money magazine. The latter was her first journalism job and she was unimpressed. “I remember drinking with her,” says Dave. “And she said, ‘I don’t want to write about fucking finances all my life.’”

She moved on to become a writer and columnist at the Financial Times and, in the mid-1990s, a contributor to the Globe and Mail’s Report on Business and Saturday Night magazine. She gained a reputation as one of the nation’s premiere business writers, winning four national magazine awards, a feat rarely matched. She also published her first book, The Edible Man: Dave Nichol, President’s Choice and the Making of Popular Taste, which won the 1995 National Business Book Award.

Joining the National Post shortly after its 1998 launch, she moved from the business section to the op-ed pages, writing regular columns on cultural and political affairs, demonstrating both her range of interests and her ability to formulate powerful arguments on the trickiest of social problems.

She became a regular commentator on radio and television and in 2003 published her best book, The Meaning of Wife: A Provocative Look at Women and Marriage in the 21st Century, with HarperCollins in Toronto and Farrar, Straus and Giroux in New York.

A much-admired work of reportage and cultural commentary, it skewered the unholy business of holy matrimony as represented by bridal magazines and Vera Wang boutiques. It dissected evolving attitudes toward wifedom through the centuries and closed with a brilliant analysis of the economics of marriage.

Kirkus called The Meaning of Wife “a wonderfully entertaining look at society’s ambivalent attitudes toward wives” and celebrated its deconstruction of the “wedding industrial complex.”

Kate Saunders wrote in the Times of London, “It is not a call to arms. Kingston is not urging us to burn our white frocks. Although unmarried herself, she is not against the institution of marriage,” but the book is nevertheless “a pitiless meditation” on a happily-ever-after myth “that won’t leave us alone.”

For Kingston, journalism—her livelihood and her calling—remained the centre of her life.

A beloved colleague, she never seemed to have a bad day in a newsroom (except at deadline) and rarely missed an opportunity to join her colleagues for drinks and parties. Her special efforts to welcome new employees and comfort those less socially at ease endeared her to many at a series of workplaces. Her conversation, effortless and unfailingly interesting, covered fashion, food, politics, business and whatever else was in the air. She always seemed to have just finished the book everyone else was about to read.

Joining Maclean’s as a writer in 2005, Kingston worked on many of the magazine’s biggest stories over the next 15 years, including a major profile of Michael Ignatieff and a 2006 blockbuster with the long headline: “Canada’s Richest Family, The Thomsons, Are Worth $23,800,000,000, and They’re Just A Little Bit Strange: An Inside Story of Messy Divorce, Private Eyes, A Special Baby, Fine Art, Real Estate, & Mental Distress.”

She carved a role for herself as a leading Canadian commentator on women’s issues which were deeply important to her, not least because of her mother’s struggles as a single parent. She was at the fore of Canadian coverage of #Metoo (and taught a class on the subject at the University of Toronto with Walrus editor Jessica Johnson). Her dispatches from the Jian Ghomeshi trial were commended for their insight and sanity.

Her last major article for Maclean’s was an investigation into what police were calling Canada’s “epidemic” of domestic-violence. She turned up alarming data on homicides and abuse and the nation’s lack of women’s shelters, as well as a structural failure on the part of police forces and courts to treat spousal abuse as a major problem.

“We’ve received a flood of condolences at Maclean’s,” said editor-in-chief Alison Uncles on Wednesday evening. “Her fans were expressing sorrow not only for the loss to Canadian journalism but for the loss to the nation. And they are not overstating it. They are not wrong.

“There were stories only Anne Kingston could write. Stories that demanded her combination of diligence, ferocious intelligence and moral courage. Now those stories will go untold.”

Kenneth Whyte is a former editor-in-chief of Maclean’s and the National Post, and the author of the SHuSH non-fiction newsletter

With files from Aaron Hutchins