He was a natural performer with an ear for music and jokes. When tragedy or trouble struck, he would turn to the stage. 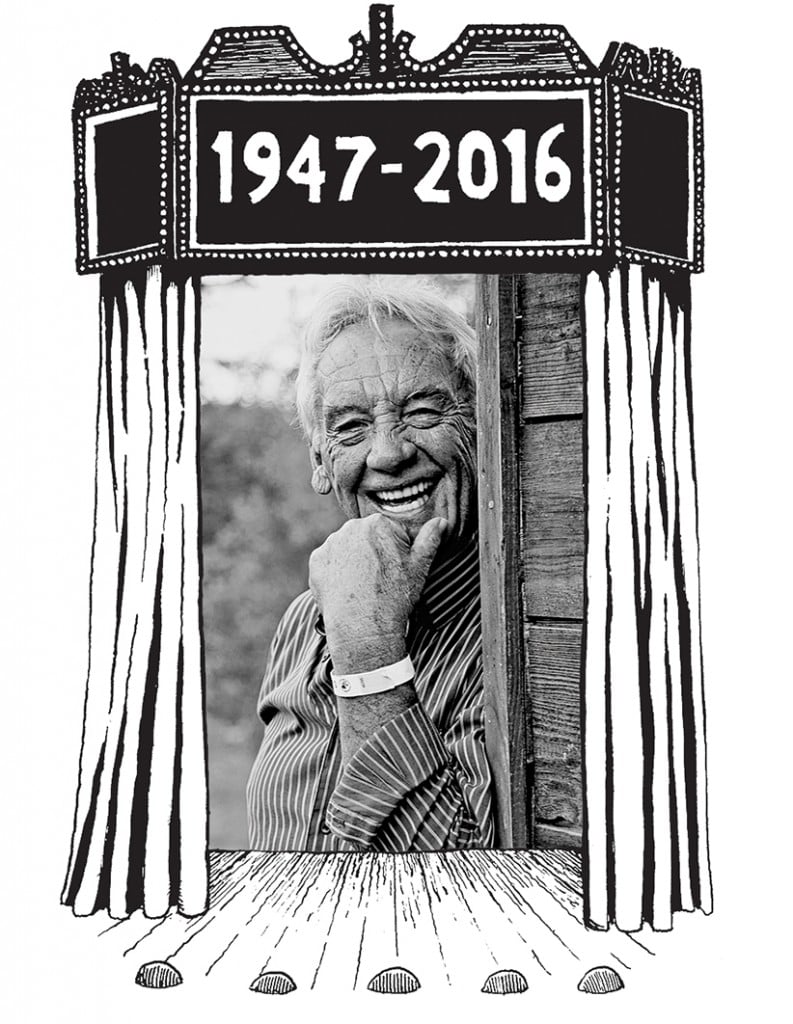 Arvid Grotlin Chalmers was born in a back bedroom of the family home in Edinburgh, Scotland, on May 11, 1947, to James, a mechanical engineer, and Rita, a stay-at-home mom. “When I went upstairs to see baby Arvid, there were claw marks on the windowsill that my grandfather put there, saying it was where the stork landed,” says his older brother Jim. “His life started with a joke.”

The family of four moved to the Democratic Republic of the Congo, then called Belgian Congo, in 1949 for James’s work, but returned to Scotland two years later. Arvid had an ear for music: he enjoyed playing records and taught himself to play the harmonica.

In 1956, Rita and the boys went to visit relatives in Canada. It was meant to be a three-month holiday, but James arrived a month in saying he’d sold everything back home and that they would make a new life outside Toronto. Arvid was quick to make friends with constant jokes and pranks, but tragedy struck in 1958 when his father hanged himself. Arvid, then 11, discovered the body. To help make ends meet, he and Jim got part-time jobs as teenagers at a butcher shop in Oakville, Ont. Arvid enjoyed friendly banter with customers. “He would break into song at any given time when customers were in the store,” Jim says.

After high school, Arvid enrolled in business at Sheridan College, where he met Kerry Doole through a mutual friend in 1969. They spent the entire night chatting and started hanging out regularly. Two years later, they wed and moved to Rockwood, Ont. Arvid didn’t feel an office job would suit him, so he picked up carpentry and worked alongside his brother-in-law.

Arvid and Kerry both wanted to move to Saltspring Island, B.C., after they fell in love with the place during a vacation. After their first daughter, Kirsty, was born in 1976, they made the move. A second daughter, Zoe, came in 1982. Arvid would proudly carry both girls on his shoulders around town. He and Kerry both had realtor’s licences and started selling homes together.

When several friends on the island planned a big multi-family trip to Mexico, the Chalmers joined in. “For the first few days, Arvid kept saying: ‘I can’t do this. I have to get back to work,’ ” Kerry remembers. “By the fourth day, he said: ‘Boy, are we only staying six weeks?’ ” The trip practically became an annual tradition.

Back in B.C., Arvid was engaged in politics, fighting against a proposed sewage system installation or bylaws he thought were ridiculous. He also got into stand-up comedy and acting after he joined a local sketch-comedy troupe called the Salt Spring Hysterical Society. Arvid developed characters like the sleazy realtor Milt Bottomly and half of an elderly duo called the Geezers, who drank tea and joked about getting old. It involved a lot of improv and physical comedy, both of which he excelled at. “He had this ability to push out his tummy and make himself look pregnant,” Zoe laughs.

In the mid-’90s, Arvid and Kerry broke up, but they slowly regained a strong friendship. “We remained a family,” Kerry says. “We just didn’t live under the same roof.”

Arvid’s trips to Mexico got longer each year, and he never lost his passion for performing. In his 50s, he was diagnosed with prostate cancer. With the Hysterical Society, he helped write a show called “The Topic of Cancer,” where the Geezers joked about everything from incontinence to sexual dysfunction. The show was so popular, it toured across the country.

In early 2012, during his annual trip to Melaque, Mexico, Arvid was home having a beer with a friend when four robbers barged through the door. When his friend tried to stop them from taking a bag with his passport, they shot and killed him. To help cope with the tragedy, Arvid put on an hour-long one-man show in his friend’s honour.

At home on Saltspring Island, Arvid was always ready to help with local fundraisers, be it acting as MC or being the auctioneer. He also became known for his double hugs. “You’d hug one way and then you’d hug the other way, so your hearts cross,” Kirsty says. And when his daughters had children, he became a doting grandfather.

On the night of Jan. 28, Arvid was at a bar in Mexico when the band invited him to play with them. Arvid grabbed his harmonica belt and jumped up on stage. After a few songs, he collapsed of a massive heart attack and died. He was 68.