The winding path of allegations, denials, civil action and criminal prosecution has led to a courtroom in Pennsylvania. Here's what you need to know. 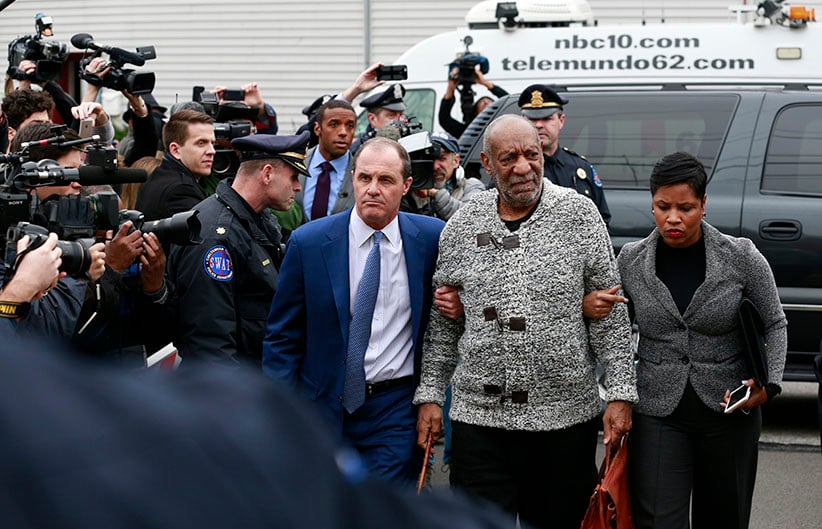 On Monday June 5, 2017, at 9:30 a.m., Commonwealth v. William Henry Cosby, Jr. begins in the Montgomery County Courthouse in the Philadelphia suburb of Norristown, Penn. Nearly 60 women have come forward over the past decade to accuse the once-beloved comedian of drugging and sexually assaulting them. Only one of those cases lead to criminal charges. Here’s what you need to know.

Q: What are the charges?

Bill Cosby faces three counts of aggravated indecent assault, a second degree felony, dating to 2004 against one woman, a Canadian named Andrea Constand. Each count comes with a maximum sentence of 10 years. If Cosby is found guilty on all charges, the judge could rule the sentences be carried out concurrently, meaning he’d serve 10 years.

Q: Who is Andrea Constand and how did she enter Cosby’s orbit?

Constand, a former high-school basketball star, now a massage therapist in Toronto, met Cosby in 2001 at a basketball game. Then 28, she was the director of operations of the women’s basketball team at Temple University, Cosby’s alma mater. They struck “a sincere friendship,” she’d testify. They socialized at Cosby’s houses in suburban Philadelphia and New York City, went out to dinner, and exchanged gifts. Constand was then considering a career switch to broadcasting. Cosby helped with introductions and offered advice.

Constand later testified the comedian also made two unwelcome sexual advances that she rebuffed and ignored. In January 2004 at a visit to his house, she alledged, Cosby gave her wine with pills to help her “relax.” She reported feeling weak, “dizzy,” and unable to walk before Cosby led her to a sofa where he sexually assaulted her.

Constand reported the assault a year later, after returning to Canada. The Montgomery County district attorney opened a criminal investigation but determined there was “insufficient credible and admissible evidence.” Cosby denied it happened.

You can read more about Andrea Constand and the case here.

Q: Was Constand the first woman to report Cosby for assault?

No. In 2000, 20-year-old actress Lachele Covington, a bit player on The Cosby Show, filed a police report in New York City alleging Cosby put her hand down his pants and exposed himself when the two were alone in his townhouse. No charges were laid.

Q: Why was the Constand case reactivated?

It’s a long story. Publicity surrounding Constand’s accusations against Cosby in 2005 spurred 13 women to allege the celebrity also drugged and sexually assaulted them (in nearly all cases, the statute of limitations for filing on criminal charges had run out). They’d be “Jane Doe” witnesses willing to testify in Constand’s 2005 civil suit against Cosby; it was settled in 2006 with an undisclosed financial settlement and a non-disclosure agreement. The testimony was sealed.

The spotlight turned on Cosby again in 2014 when comedian Hannibal Buress slammed Cosby in his stand-up act. He encouraged people to Google “Bill Cosby and rape,” saying: “You rape women, Bill Cosby.” The video went viral, emboldening dozens more women to come forward, some with allegations dating to the 1960s. In a culture shifting in its attitudes to sexual assault, Cosby became a Hollywood pariah. His agents dropped him. Reruns of The Cosby Show were yanked from the air. His honorary degrees were rescinded. Protesters picketed his stand-up tour. The man once known as “America’s Dad” became “America’s Rapist.”

Cosby was defiant in his denials. His brash condemnation of the other accusers prompted Constand to file a motion in July 2015 for Cosby’s civil suit deposition to be unsealed. His recent statements violated its nondisclosure agreement, she argued. A federal court judge agreed. Constand’s initial police report with details of the alleged assault were also unsealed.

The transcripts contained bombshells. Cosby boasted of far more explicit sexual activity with Constand than she reported in her first police report. He gave Constand enough Benadryl to put her to sleep then had sexual contact knowing she wasn’t fully conscious, he said. He claimed the sex was “consensual,” while making it clear he didn’t understand consent. He’d interpreted Constand’s silence as a “yes,” he said, before boasting: “I think I’m a pretty decent reader of people and their emotions in these romantic sexual things, whatever you want to call them.”

Cosby admitted offering payoffs to other accusers; he said he often bought Quaaludes to give to women with whom he wanted to have sex. These admissions gave the Montgomery County D.A. license to reopen the investigation, and up the severity of charges to felony aggravated indecent assault. Cosby was charged in December 2015.  (In later hearings, Cosby’s lawyers would allege their client had been guaranteed immunity from criminal charges; the judge ruled that no such agreement ever existed.)

READ MORE: Why it took 10 years to charge Bill Cosby

Q: Is there any inkling of the defence’s strategy?

Yes. In a recent interview, lead defence lawyer Angela Agrusa revealed that the mission was “to change the optics,” forcing the jurors to rethink everything they heard about Cosby. The former entertainer will be painted as the victim—both of a “media witch hunt,” in the words of Cosby’s daughter Erinn, and of accusers who wanted “to exploit” him because of his celebrity. Cosby, now 79 and blind, has presented the part at pre-trial proceedings: he appears frail and requires assistance. His team is also expected to bring in sympathetic voices to testify on his behalf.

He said he will not in a recent radio interview. His deposition in the civil lawsuit, which his lawyers fought to exclude, can be introduced as evidence.

There can be no reference to the civil suit (it will be called a “prior legal matter”) or the financial settlement, which means Constand cannot be accused of extorting Cosby. Nor will there be mention of Cosby’s other accusers. Nor will the prosecution be able to refer to Cosby’s 1991 book Childhood in which he wrote that women needed to be knocked out with Spanish Fly to want to have sex.

Q: What can Constand expect in her cross-examination?

As is the norm in sexual assault cases, the plaintiff is also on trial. She’ll be probed about why she waited a full year to notify police, and why she was hazy about the exact date the assault allegedly happened (at the time, she told police that she hadn’t come forward sooner due to fear, trauma and emotional stress).

The fact Constand had repeated contact with Cosby after the alleged assault will be scrutinized; these interactions included a dinner with a group of people, and taking her parents to meet Cosby in August 2004 when he gave her tickets to his performance at Casino Rama in Orillia, Ont. 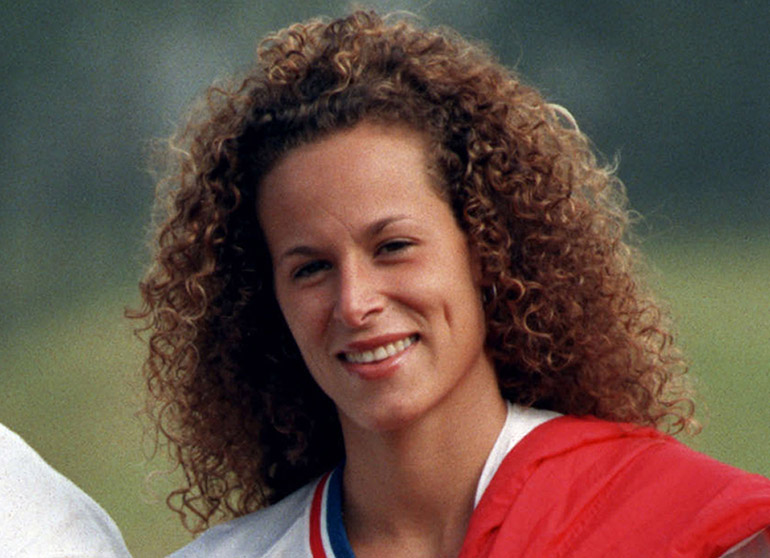 Q: Will any of Cosby’s other accusers testify?

Only one. Rules of evidence in Pennsylvania allow the state to introduce allegations brought by the other women, even if they fell outside prosecutable time limits, as long as they establish a pattern. The judge ruled that one of the 13 Jane Does referenced in Constand’s suit can testify as a “prior bad acts witness.” This woman, known as “Prior Alleged Victim Six,” reported Cosby assaulted her in 1996 when she was an assistant to Cosby’s then agent. It’s very difficult to be allowed to present testimony from any prior victims in U.S. Courts, so the decision was seen as a win for the prosecution and also for the defence: the prosecution got one Jane Doe witness in; the defence won’t have to defend against 13 other witnesses as well as Constand.

Q: What other issues could factor?

The fact Constand is gay, for one. In a legal filing, she said that at the time of the alleged 2004 she was involved with a woman; Cosby didn’t know she was gay until the police told him. It’s expected Cosby’s lawyers will root through Constand’s past to find old boyfriends in order to try to prove she is bisexual.

Montgomery County politics could also come up. The prosecutor leading the case, District Attorney Kevin Steele, successfully used the Cosby trial for political gain during the November 2016 election that saw him defeat former D.A. Bruce Castor. It was Castor who declined to prosecute Cosby in 2005. In one campaign ad, Steele accused Castor of “not looking out for the victims.” Cosby’s lawyers pointed to how Steele used the Cosby prosecution for political gain and in turn created bias in Montgomery Country; they were successful in convincing the judge to bus in jurors from Philadelphia and Pittsburgh.

Q: Who are the jurors?

Q: Will the trial be live-tweeted or televised?

No. The court has a strict policy of no video or audio recording. Cell phones must be off and out of sight.

Q: How long is it expected to last?

The estimate is two weeks, with jury deliberations to follow.

Anne Kingston will be in Norristown, Penn. covering the trial. Read her stories on Macleans.ca, and follow her on Twitter.

Clarification: This post has been updated to clarify that Cosby’s lawyers’ argued unsuccessfully that he’d been granted immunity from criminal prosecution and to include detail about the judge’s ruling to allow one “Jane Doe” witness to testify for the prosecution.