Canada’s MMIW inquiry is falling apart before it even begins

With hearings about to start, some already fear the inquiry into missing and murdered indigenous women and girls is failing in its mission 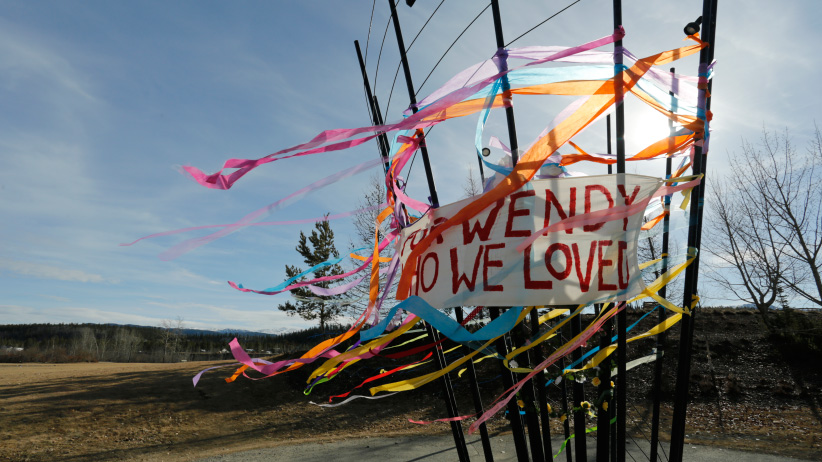 A memorial for Wendy Carlick reading “For Wendy who we loved” is seen at Shipyards Park in Whitehorse April 24. Carlick and Sarah Macintosh were found dead April 19 at a home in the McIntyre neighbourhood. (Joel Krahn/Yukon News)

In April, amidst confusion, controversy and apologies, commissioners and staff from Canada’s National Inquiry into Missing and Murdered Indigenous Women and Girls (MMIWG) boarded airplanes and left Whitehorse. Days later, the bodies of two middle-aged women were discovered inside a local bungalow, in a wooded part of town.

RCMP are treating the deaths of Wendy Carlick and Sarah MacIntosh as homicides, and are looking for possible murder suspects. Vigils for the deceased were held across the Yukon capital; both women were well known in their First Nations communities. Carlick, in particular, was an outspoken advocate for Indigenous women and girls, drawing attention to issues of violence and poverty that so often trouble them, that far too often destroy them.

She knew tragedy herself. Carlick began her advocacy after her 19-year-old daughter Angel disappeared 10 years ago. Six months later, in November 2007, Angel’s corpse was discovered outside, near a Whitehorse subdivision. The cause of her death remains unknown, and no charges related to it have been laid.

“I want to know what really happened, and why,” Carlick told the CBC last year, in one of many media interviews she gave. She recalled travelling with others to Ottawa and asking for some sort of national investigation into the deaths and disappearances of Indigenous women across Canada. She wondered why the federal government under then-prime minister Stephen Harper showed no interest, and she was pleased when, in late 2015, the new Trudeau government announced the MMIWG inquiry. If nothing else, Carlick said, it would bring into clearer, broader focus the problems faced by Aboriginal women and girls in this country.

Now Carlick is gone, her death unexplained, like her daughter’s. Meanwhile, the inquiry for which she fought is sputtering; according to some Indigenous critics, it already seems headed for failure.

Trouble was brewing well before the MMIWG commissioners went to Whitehorse in mid-April to consult with First Nations in a “truth-gathering” advisory exercise conducted before formal public hearings. There were already complaints from First Nations groups and individuals about the inquiry’s terms of reference, its composition and administration, and a perceived lack of transparency.

The MMIWG inquiry was announced in December 2015 by the Liberal government, fulfilling a federal election campaign promise. It has a sweeping—some say impossibly broad—mandate: to “examine the systemic causes of all forms of violence against Indigenous women, girls and members of the LGBTQ2S community in Canada.”

Fay Blaney is a Vancouver-based feminist and leading First Nations advocate who speaks for the Coalition on Missing and Murdered Indigenous Women and Girls in British Columbia, formed during a star-crossed provincial inquiry that was meant to examine why police failed to apprehend serial killer Robert Pickton, who preyed on Indigenous women. Led by Wally Oppal, a former B.C. appeal court judge and provincial attorney general, the B.C. inquiry was dogged by administrative issues, allegations of sexism and, above all, concerns that Aboriginal women were shut out from the inquiry process itself. 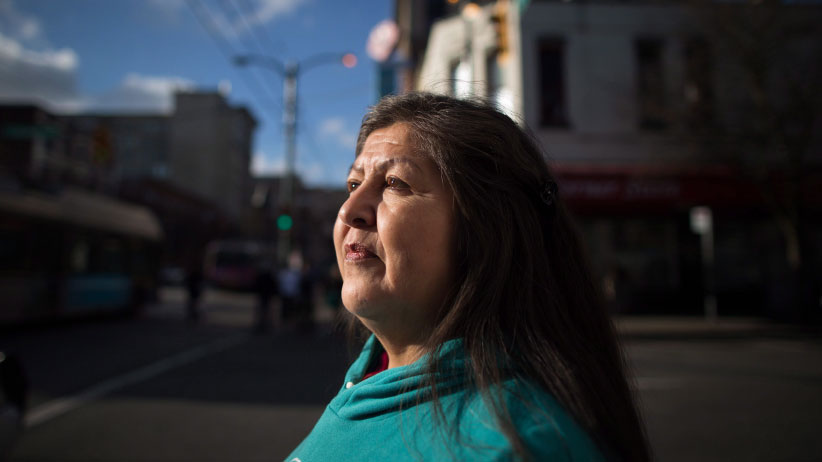 Fay Blaney, chairwoman of Vancouver’s annual memorial march for missing and murdered aboriginal women, stands for a photograph in the Downtown Eastside of Vancouver, B.C., on Thursday January 14, 2016. Blaney says she’s concerned an upcoming inquiry into missing and murdered aboriginal women will leave out an essential issue—feminism. (Darryl Dyck/CP)

That might have something to do with the fact that in February, the MMIWG’s director of communications was sacked. While reasons for Michael Hutchinson’s abrupt dismissal have not been disclosed publicly, they’re believed to involve suggestions he made about the inquiry’s mandate—how it might possibly be stretched to include Indigenous men and boys. That is anathema to women such as Blaney and her coalition members.

More concerns were raised at the Whitehorse advisory meeting in April about the surprisingly low number of people—survivors, family members, friends of the murdered and missing—requesting to speak at formal inquiry hearings. The Whitehorse Star reported the MMIWG has “more than 250 people registered to testify at its inquiry hearings” which are to be held across Canada. The figure seems small, the paper noted, “considering the large number estimated of murdered and missing Indigenous women and girls. For example, an RCMP report found 1,181 police-reported homicides and missing-persons cases involving Indigenous women and girls between 1980 and 2012.”

In fact, inquiry staff haven’t disclosed the number of confirmed registrants. MMIWG communications advisor Tiar Wilson told Maclean’s that “approximately 270 [individuals] have contacted us to participate” at hearings. Some will be granted an appearance before inquiry commissioners; others will not. Decisions on who gets to speak and where “will be determined by the [MMIWG] legal team on a meeting-by-meeting basis,” Wilson said in an email, indicating those decisions haven’t yet been made. “People will also be able to tell their stories through statement takers, video and audio recordings, letters and works of art,” she added.

Blaney isn’t impressed. She thinks the inquiry is being set up as a sort of cathartic exercise, where women and families of the missing and murdered will be expected to bare their souls before the five MMIWG commissioners and the media. “They want us to express our feelings and leave the analysis to others,” she says. “Well, I’m not going to be emoting for you. I don’t want to be involved as someone who comes into the process as a victim. I want to be involved as someone who works to find solutions. It’s not enough for people to just unload their feelings.”

MORE: For the Record: Indigenous leaders on the MMIW inquiry

In April, Blaney’s coalition members held a news conference in Vancouver, alleging the MMIWG inquiry wasn’t reaching out to families. “I’m feeling so frustrated and very upset about what is going on with this inquiry so far,” Lorelai Williams told the Canadian Press. Her cousin’s DNA was found on Pickton’s farm in Port Coquitlam, B.C. “Families are freaking out right now,” she said.

According to Blaney, families of murdered and missing women have been trying to contact the inquiry and get involved with the process, without much luck. “People submit their names and they don’t hear back. No confirmations, no follow-ups. No one knows what’s going on.”

Things seem to go from bad to worse. As soon as the Whitehorse “truth-gathering” mission was over in mid-April, the inquiry announced it had indefinitely postponed two more advisory meetings scheduled for Edmonton and Thunder Bay, Ont. Only the vaguest of explanations were offered. “We have to pause for a moment and incorporate all your wonderful advice into the process for our truth-gathering,” chief commissioner Marion Buller, a retired B.C. provincial court judge, said in a videotaped statement that was later posted on the inquiry website. In a written statement, the inquiry apologized “for the timing of this public notice.”

Unfortunately—again for reasons left unexplained—the MMIWG hasn’t produced a complete hearings schedule, making it difficult, if not impossible, for people to plan their participation.

For now, only the first set of hearings are confirmed. They will commence May 29, in Whitehorse. Were Wendy Carlick and Sarah MacIntosh still alive, it’s safe to assume they would have come to the inquiry hearing room, ready to participate. How welcome they might have felt, one can only guess.

MORE ABOUT Canada’s National Inquiry into Missing and Murdered Indigenous Women and Girls: