Charles & Camilla in Canada vs. William & Kate down under 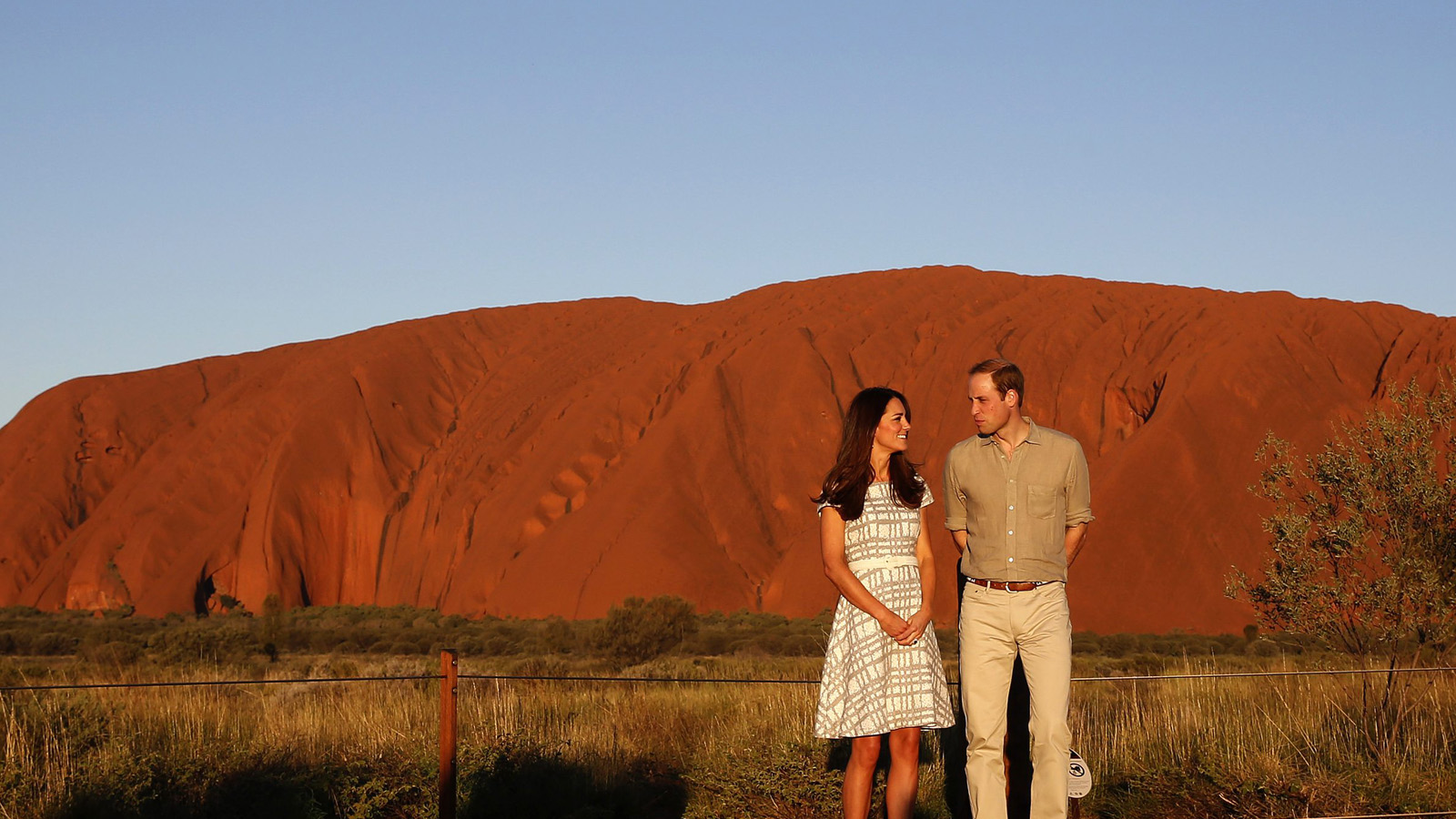 Britain’s Prince William and his wife Catherine, Duchess of Cambridge, pose in front of the Uluru, also known as Ayers Rock on April 22, 2014. (Phil Noble/Reuters)

There’s always a debate as to whether short royal visits are better or worse than longer ones. A short visit can lessen the planning and protocol involved, while a longer visit allows Windsors to really get to know the country they are visiting, travelling extensively. And then there’s the fact that a short tour to one or two areas allows for frequent returns (Charles and Camilla have been in Canada in 2009, 2012 and now are here for a four-day visit). It’s safe to assume that after a 19-day visit to Australia and New Zealand, William and Kate won’t be taking similar visit there for a while.

So it’s worth taking a look at some of the statistics involved. If you combine Charles and Camilla’s 2009 (11 days) and 2012 tours (four days) to this 2014 tour (four days), then that’s 19 days, exactly the length of the recent tour of William and Kate. And the Canada tours match theirs for travel, hitting nine provinces, with only Alberta missing out. But it’s the number of engagements that’s remarkably different. William and Kate undertook 48 engagements (25 in New Zealand and 23 in Australia) while Charles and Camilla will finish 41 engagements on the current tour alone. I haven’t got hard stats on the previous tours, but even low-ball estimates would be at least 20 in 2012 and 40 in 2009, giving a total for the same number of days of around 100 engagements.

So Charles and Camilla power through an average of five engagements daily, while Kate and William finish exactly half that number: 2.5 engagements daily. (That comparison widens even more when official duties in Britain are included—last year Prince Charles carried out a total of 537, more than anyone, while William, still on military service, did 85.)

Sure, some may say that William and Kate are just easing into royal duties and have a baby, but Charles is a senior citizen—65 to be exact—while Camilla is 66. When it comes to royal duty, the younger generation can only look at their elders and marvel.