From a young age, she loved to travel. On a trip to the Yukon, she spotted a house for sale and knew instantly she’d found a new home. 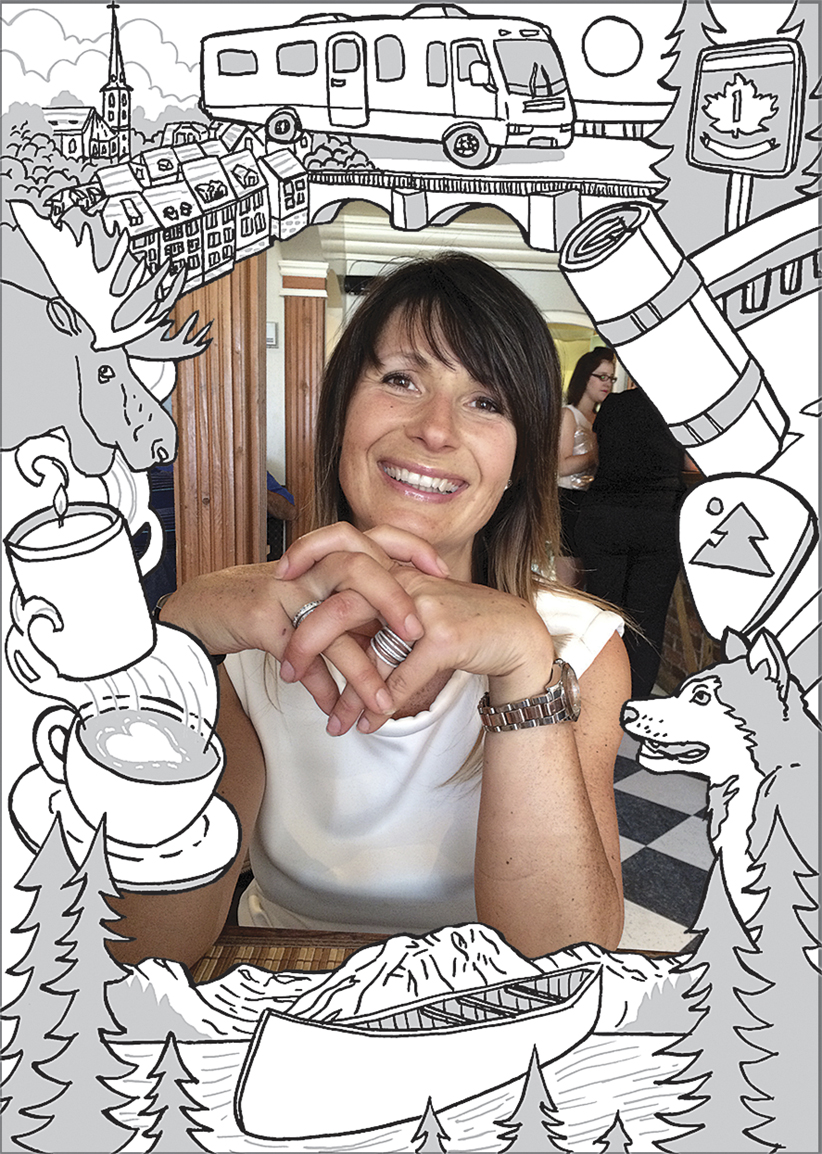 Claudia Susanna Gisler Huber was born in Zurich, on April 22, 1972, to Peter, a mechanic, and Dora, a pediatric nurse. A year later, her younger brother Matthias was born.

An active child, Claudia learned to ski at the age of three, thanks to annual family ski trips in the Swiss mountains. She was constantly on the move, playing outdoors and climbing trees. “She always brought home ripped and dirty clothes,” Peter says. Claudia was also a doting sister, jumping at the opportunity to take care of her brother whenever he was sick or hurt. “She was happy to be the nurse,” Peter adds.

She was good in school and played trumpet, but Claudia soon discovered her passion: travelling. She was 12 when she boarded her ﬁrst ﬂight alone to Hanover, Germany, to visit a friend. Three years later, Claudia and a schoolmate ﬂew to England without their parents.

At age 19, Claudia moved out of her parents’ place and found an apartment in Zurich. She valued her new independence, although she often came back to visit Mom and Dad. In her early 20s, she convinced them to join her on an impromptu five-day trip to Hong Kong for some sightseeing and shopping. She was into fashion, even hoping in her youth to become a model, but she eventually found work in real estate.

Claudia was married in 1998, but the relationship ended soon afterward. The following year, during a business presentation in Zurich, she met Matthias Liniger, who worked for another real estate company located in Bern, Switzerland. The connection between the two was instant. “After the meeting, I was talking to my boss and told him I needed way more meetings in Zurich,” Matthias laughs. On his next few trips, Matthias met Claudia several times to talk about business, until he eventually worked up the courage to ask her out for a glass of wine after work. Not long after her divorce in 2000, she moved to Bern and started dating Matthias.

Life was busy, with Claudia and Matthias working long hours, seven days a week. Needing a change of pace, they both quit their jobs, flew to Vancouver, rented an RV and spent the next seven months travelling across North America before returning home. Claudia took a job with Swiss TV in its legal department, but both she and Matthias quickly found themselves back in the same pattern of long work hours. They decided, therefore, to go on another trip, this time, to the Yukon for six weeks in the autumn of 2001.

Claudia fell in love with the picturesque landscape as they travelled in a rented RV. When they came across a flyer for a property for sale about 130 km southeast of Whitehorse, Claudia insisted they go take a look. As they drove up, before even setting foot in the house, “We just knew we were going to live here,” Matthias says.

They bought the property and returned to their jobs in Switzerland. Twice a year, they visited the Yukon to renovate the home, clear the brush, build cabins and install a sauna. Back in Bern, they started up a website for a small tourism company in the Yukon: Breath of Wilderness.

In 2006, they moved to the Yukon permanently. Not wanting to rely solely on tourists for income, Claudia cleaned rooms at the Best Western in Whitehorse, before finding work in Teslin, Yukon, first as a librarian and later as a project administrative assistant for the Deslin Development Corporation. They limited their tourist guests to small groups—four or five at a time. “It was paid vacation,” Matthias says. Claudia loved canoe trips the most, especially the silence on the water. “You come around a corner and see a moose or a bear on the shore,” Matthias says.

When not working, Claudia would do yoga or hike in the wilderness with their dog, an Alaskan malamute named Kona. All the while, she never lost the travel bug, going on trips with Matthias to Vancouver, the Arctic Circle and Hawaii. In 2013, Claudia and Matthias became Canadian citizens.

On the morning of Oct. 18, 2014, Kona started barking frantically. Matthias went outside to investigate and found a 375-lb. grizzly bear. He ran back inside to grab his rifle. The bear entered their house via a window, as Claudia and Matthias ran outside. The bear caught up to Claudia and mauled her. Matthias shot the bear dead, but Claudia succumbed to her wounds. She was 42.