Talk about a food fight: A sprawling legal case about a traveller’s ‘candy’ threatens to open a Pandora’s box at Canadian border crossings 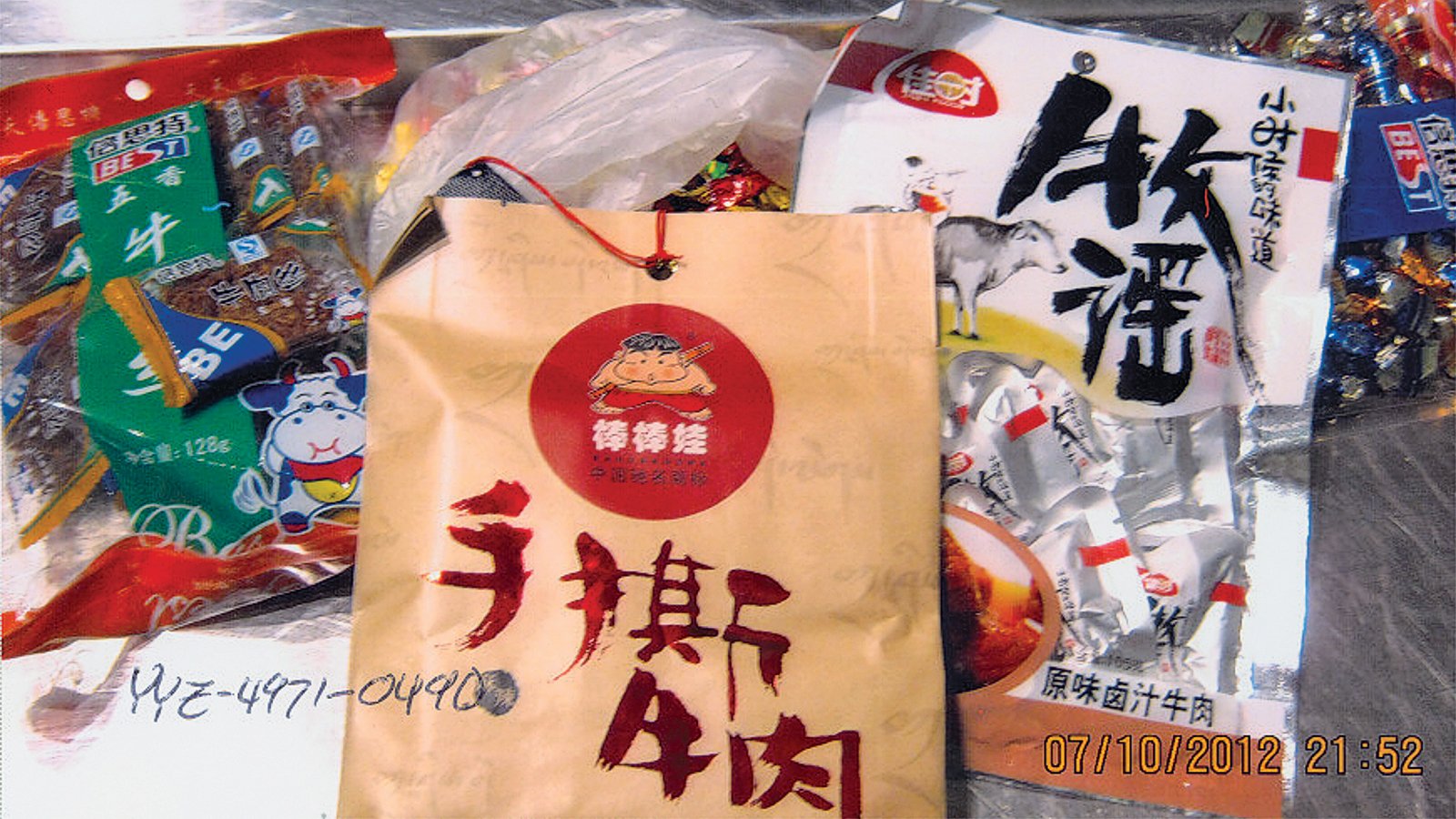 Like millions of travellers who fly into Canadian skies, Xiaojun Tao filled out a standard declaration card as his plane descended toward Pearson International Airport. It was July 10, 2012, a Tuesday, and Tao was on his way home to Toronto after a short trip to Shanghai. Asked if he was importing any meat products, the 53-year-old checked the “no” box.

On the ground, an alert customs officer discovered evidence to the contrary: five small bags of Chinese “candied beef”—some labelled with cow pictures—stuffed inside Tao’s carry-on luggage. When the border guard, Richard Sutcliffe, inquired about the contents, Tao allegedly admitted the truth. “Beef,” he replied, according to the agent’s recollection.

“Is beef meat?” the officer asked.

Sutcliffe asked him to spell “meat,” just to be sure he understood the question. “M-E-A-T,” Tao said. Pressed about why he didn’t mention the beef on his declaration card, Tao replied (again, according to the agent): “In China, this is candy. It is meat, but it is candy.”

Importing animal by-products without a permit is illegal—a critical line of defence against the spread of highly contagious diseases such as foot-and-mouth—and carries a mandatory fine of $800. But what should have been a standard seizure has ballooned into a two-year legal battle that has certainly cost taxpayers far more than $800. At the heart of the candy quarrel is a person’s right to remain silent when questioned by the Canada Border Services Agency (CBSA), and just how far the agency must go to confirm that a suspected piece of meat is actually meat.

So far, Tao is winning the food fight.

Decrying his hefty fine as “improper and dishonourable,” Tao filed an appeal with the Canada Agricultural Review Tribunal (CART), an independent body that reviews, among other things, the enforcement of food-related imports. In written submissions, he claimed family members (not he) packed the meat in his carry-on, and that he never described the contents as “beef candy.” (Such “childish language,” he insisted.) Tao, a Canadian citizen, even accused the CBSA of planting evidence, saying some of the bags photographed by the agent were not the ones in his luggage. “I request a fair and just decision,” he wrote.

His request was granted—at first. Last May, tribunal member Bruce La Rochelle (an Ottawa lawyer, chartered accountant and voting member for the Juno Awards) threw out the $800 fine because the CBSA failed to prove the candy contained meat. The government’s primary evidence—Tao’s own admission, which he now denies making—is inadmissible, La Rochelle ruled, because the agent did not caution Tao “that any statements made by an alleged violator may be used against him.” Simply put, the tribunal concluded that once a person fills out a declaration card (accurately or not), he “has no obligation to say anything further.”

There was just one problem: People trying to enter Canada are obligated—by well-established law—to speak to customs agents. In fact, protecting Canada’s borders from illegal immigrants, smuggled goods and deadly viruses is such a high priority that officers have the statutory authority to interrogate anyone, and all travellers must “answer truthfully any question asked.” There is no right to silence. Agents don’t even need a warrant to conduct a cavity search. “What is the Pandora’s box you open if you change the law to suggest that people at the border need to be cautioned before they begin to answer questions?” says Robert Kreklewetz, a Toronto lawyer who specializes in international trade. The CBSA was clearly concerned enough about the precedent to challenge the ruling at the Federal Court of Appeal. The agency’s lawyer (the aptly named Andrew Law) argued that La Rochelle conducted “a partial and incomplete review” of the facts and undermined Ottawa’s ability to identify risky food items by “creating novel regulatory and evidentiary rules.” The court unanimously agreed. “Mr. Tao did not have an option to remain silent about anything in his luggage,” reads the decision. “The tribunal erred in law in affording Mr. Tao protections to which he was not entitled.”

Ordered to review the file in light of the court’s opinion, La Rochelle still reached the same conclusion: that Tao shouldn’t have to pay his fine. Even if the alleged confession is admissible, La Rochelle said it’s still not proof enough that the candy contained meat. “In the tribunal’s view,” he wrote on March 21, “this is a case where all parties would have benefited from the agency exercising its right to test the product, and providing such test results as a component of its case.”

As for another appeal, the federal government has until the last week of April to file the paperwork. “The CBSA is currently reviewing its options,” a spokeswoman says. “It would be inappropriate to comment further at this time.”