What Cristine Rotenberg would do with an extra day

2020 is a leap year. What would a Canadian YouTube star with more than 7 million subscribers do on the extra day? She'd go into ghost mode. 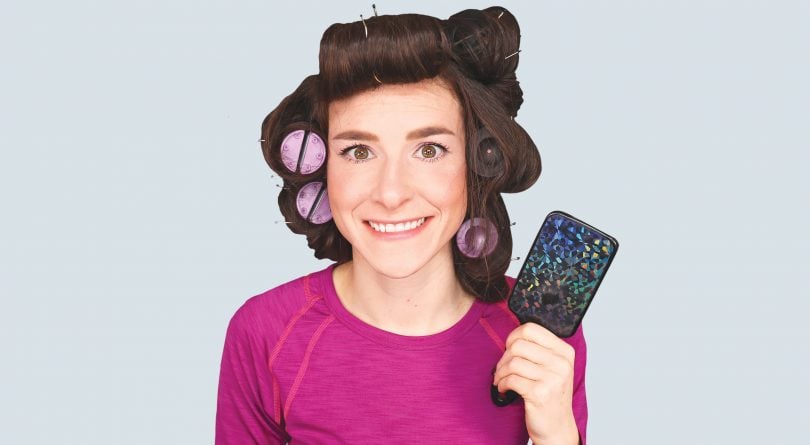 She would not come out to play

I would spend the day off social media. That’s one thing I haven’t done since I stumbled into being an internet personality. I started my YouTube channel in 2014, and I don’t think there’s been a single day since that I wasn’t on social media. I increasingly live my life with my audience in mind. My vacations are vlogs. My cats are content. My boyfriend got me a brand deal for my birthday.

The thing is, I didn’t grow up on social media. I’m 31 years old and can remember life before the internet. I would even say I had a limited presence on social media before my YouTube channel went viral in 2016. In university I used Facebook to connect with people I met in class and share pics—that’s about it. Maybe I logged into my social media accounts when I was bored, but likes and views were not an important part of my life.

READ: The Canadian YouTube star with a day job at the federal government

Now I open my socials when I wake up and keep them open pretty much all day. At this point, being online isn’t about occupying my own boredom but feeling the need to occupy other people’s boredom. Now I log in because it’s part of my identity. If I don’t post something for a few days, people wonder if something is wrong.

I don’t mean to complain. And I’m not sitting here wringing my hands about the anti-social tendencies of social media. People can have a healthy or unhealthy relationship with social media, as with any kind of technology. If anything, I’m extremely grateful for the financial security and opportunities YouTube has brought me, a life I honestly never saw for myself because I never set out to be a YouTuber or “influencer.” I started posting videos to the internet as a creative outlet, a passion project. But like anything you enjoy in life, if it becomes something expected of you, it’s bound to make you question your own enjoyment of it.

A day off social media—what would that look like? I think most people would say they would spend time with family and friends, maybe read a book or go for a walk and look at their surroundings instead of a screen 12 inches away from their face. But a day in the life of a YouTuber not being on social media . . . I can’t even imagine it without thinking that it sounds like a video a lot of people would click on.

On February 29, I’m not logging on to social media. No uploads, tweets or snaps. Do not disturb, ghost mode. I might make myself some tea, spend time with my cats, maybe leave the house (but probably not). I think I’ll paint my nails when no one’s watching and spend some time with my boyfriend without a camera being on. But then people might ask, did the day really happen if it wasn’t on social media?

Cristine Rotenberg is the creator of Simply Nailogical, a YouTube channel with nearly 7.5 million subscribers.