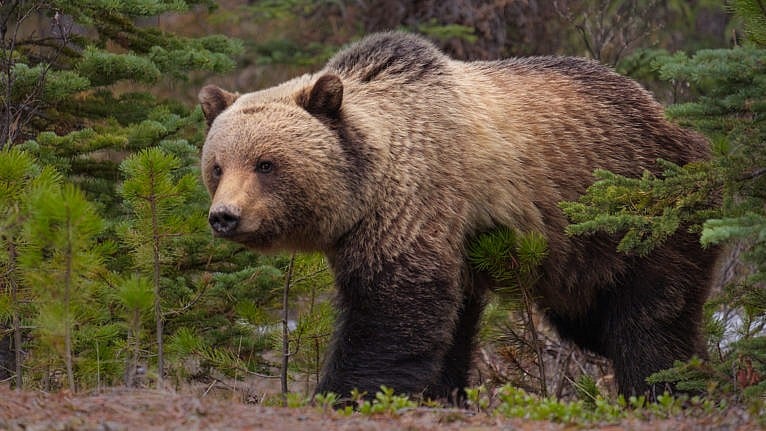 I wanted to be a veterinarian, but I didn’t get into vet school. So I went into wildlife biology. In the early ’80s, I got a job studying polar bears and, over many years in the Arctic, I was fortunate to also work on many other species—Dall sheep, peregrine falcons, Arctic-nesting geese, barren-ground caribou. Of all the species I worked on, I enjoyed polar bears the most.

I worked for the Northwest Territories government out in Manitoba’s Cape Churchill, where congregations of polar bears gather every fall waiting for the sea ice to form. My job was to figure out how to keep polar bears and people apart—what we call bear deterrence. I lived with an assistant in a fire tower, basically an eight-by-eight-foot box on a tower, just watching the bears and taking notes. I couldn’t really go down on the ground much, because there were bears all around us. I thought I had the best job in the world.

Later, I moved to Alberta and worked for a forestry company, which was a very good job—I had a pension and benefits, all that. But I left it for a one-year position to work with grizzly bears, getting paid by the hour. Just imagine, coming home and telling your wife that when you have two small kids.

MORE: Arctic narwhals have a new enemy: the noise of passing ships

Scientists had just figured out how to do DNA population inventories. You get hair samples from bears and run DNA profiles on them—just like the CSI stuff you see on TV, but it takes more time. We learned there were fewer bears than expected. After a few years of inventory work, the Alberta government put a stop to the spring bear hunt [in 2006]. We began to think, how do we recover bear populations? We learned about how road densities affect the survival of bears and that we needed to manage roads—which is really managing people. 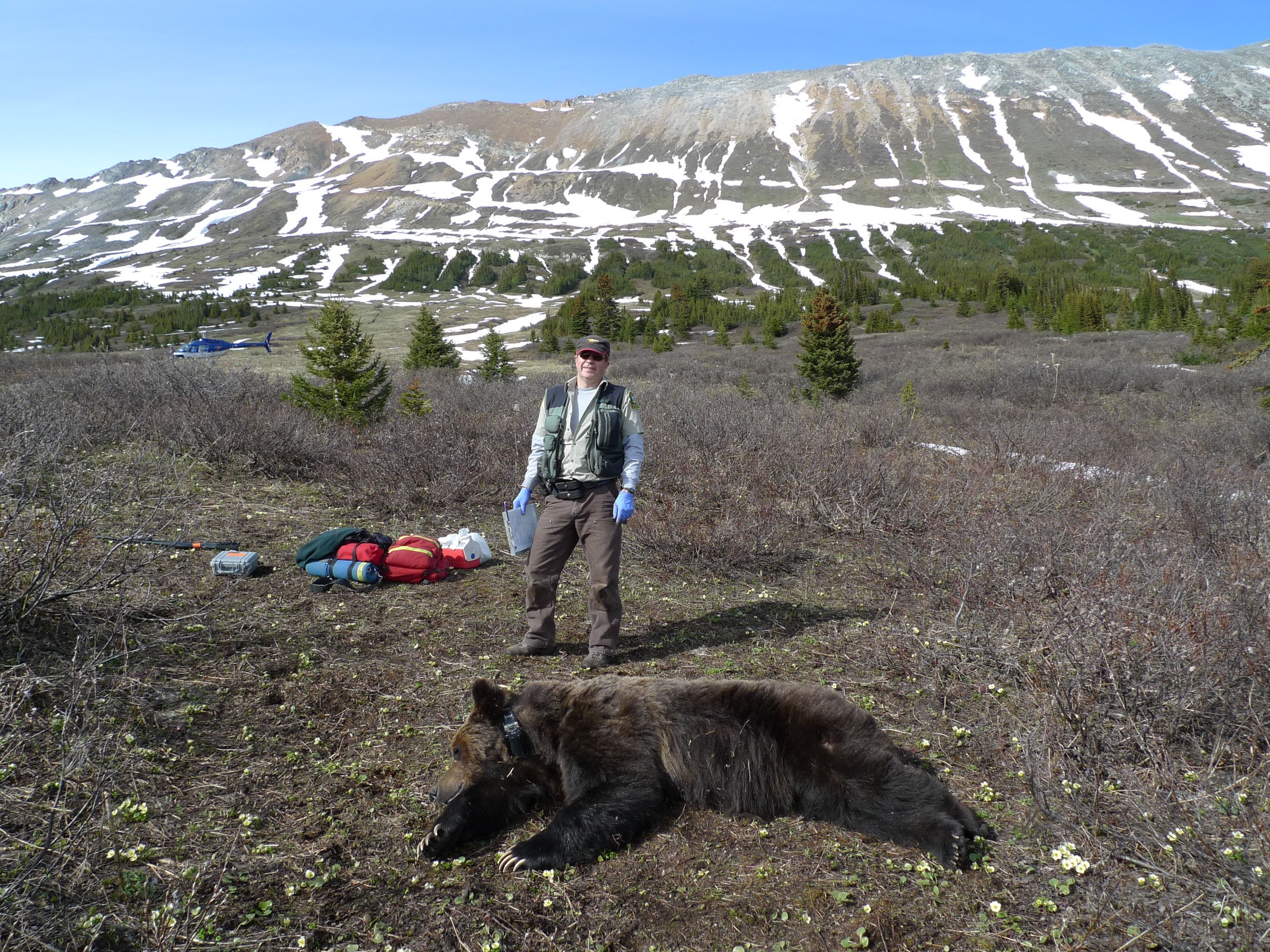 We used radio collars to understand bear movements. In the early days, we would have to fly around in a helicopter and find the bear, then send a signal to the collar to get the data. One day we’re flying and I see people walking on this trail up the hillside. And going down toward these people is our collared bear, a big male. I thought, oh no, this is going to be a wreck. We were going to stop our work and go chase the bear away, but before we could descend, the bear walked off the trail and sat down about 20 m away, the way a dog would sit, on his haunches. He watched these people walk by, and then he went back to the trail and kept walking. Generally bears want to stay away from people, but they’ll share their world with us. And it’s our responsibility to show them the same respect.

Every time I capture and handle a bear, I think ‘this better be worth it.’ This bear is minding his own business, and you come in with a helicopter and dart him, put a collar on him and when he wakes up, he’s missing a tooth. When someone shoots a collared bear that you’ve followed for many years, you think, how can humans be like this? Here are bears, sharing their world with us, tolerating us, walking by us on the trail. And this is how we treat them?

I think it’s possible to balance the needs of humans and bears, but it’s not easy. We have to make decisions that certain areas are more important for wildlife than for humans. It doesn’t mean we can’t use those areas, but it has to be controlled use—maybe hiking only, maybe no trucks or quads. Or we can’t disturb the landscape for natural resource extraction, we just leave it as it is.

We just finished two inventory projects over the last few years, and the populations in two areas have doubled. We’ve also learned that some of the changes made for forestry, like taking big patches of old forest and making them into younger patches, can be good for bears. We have produced, in my view, the most comprehensive database of grizzly bears in North America, and this amazing genetic database. It’s a gold mine of data. In my office, I had boxes and boxes stacked to the ceiling. While watching the 2014 Sochi Olympics, I realized that they weren’t using blood samples to test athletes prior to the Games—they were taking hair samples, because hair contains long-term signatures of chemicals. So I thought, we must be able to do something more with this hair. We started looking at hair cortisol, to look at stress and reproductive hormones. I’d never imagined that we would be able to do that with hair samples when we collected them.

Sometimes in science, you just happen upon a finding. In grad school, we were taught that grizzlies are a solitary species that only come together when they mate, and then the mom is on her own with the cubs. But one year, in 2012, we had three adult female bears collared. And, from the genetics, we knew they were related—a female, her sister and her daughter. All three of these females had cubs, and they met up on a mountain, and over the course of the next few weeks, those bears were together all the time, with their six little cubs running around. They travelled together, bedded down together. It made me think of a family reunion, when people meet at the summer cottage. And I always say to myself, I wonder if they took the right cubs with them when they left?

Despite all the research, we will likely never know everything about the lives of bears. I find it pleasing that we still have much to learn. Canadians are fortunate to have many wildlife species that other parts of the world don’t have. We have an environment that represents wilderness, and bears to me are a symbol of wilderness. I like to think that if we can manage their habitat and give them what they need, they will be around for future generations. I hope that we can conserve them for many, many years to come.

This article appears in print in the November 2021 issue of Maclean’s magazine with the headline, “Here be bears.” Subscribe to the monthly print magazine here.