As India is celebrated as a global leader in the fight against climate change, Canada is missing its targets badly—and needs a far more ambitious plan to do its part 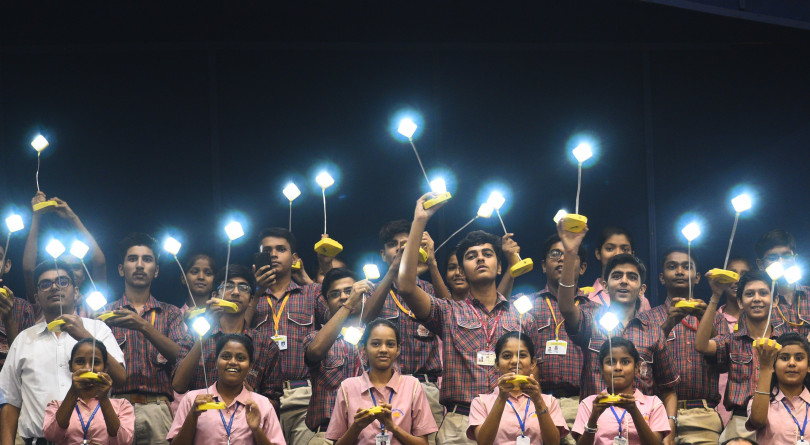 Stephen Leahy is an award-winning journalist and author who has covered international environmental issues for more than 20 years.

India is likely to be feted as the global leader on climate change at the United Nations Climate Action Summit in New York on Monday. India is one of a small handful of countries whose policies are compatible with keeping global warming below two degrees Celsius according to the Climate Action Tracker (CAT), an independent science-based analysis of the CO2 emission commitments and actions of countries.

Overall, countries are failing miserably to meet the Paris climate target of 1.5 degrees C.  Without new efforts to cut emissions, the planet will “likely to lead to a breaching of the 1.5 degree warming limit by 2035, two degrees by 2053 and a total warming of 3.2 degrees by the end of the century,” warned CAT in a special update released this past Thursday. If current policies aren’t improved, the CAT update said, there’s a 25 per cent chance of exceeding four degrees, a level widely considered catastrophic.

“We are not just a little bit off track, we are way off track,” said Niklas Höhne, partner at NewClimate Institute, a CAT partner.

That’s the reason why more than 100 heads of countries are expected to attend the UN Climate Action Summit on Monday.  The UN Secretary-General António Guterres has repeatedly said: “Bring plans, not speeches.”

Canada will bring neither, due to the election. Although the Trudeau government has said Canada will be a climate leader, their policies are far from that, according to a CAT analysis reported last summer. “If all countries were to follow Canada’s approach, warming could reach over 3°C and up to 4°C,” it said.

India is on the cusp of ensuring its emissions are compatible with the Paris climate goal of 1.5 degrees, says Claire Stockwell of Climate Analytics in Berlin, another CAT partner. Only Morocco and The Gambia are in this exclusive club.

“India has become a global leader in renewable energy,” Stockwell says, “and could announce a new target in New York on Monday.”  It also has strong energy efficiency policies, and has replaced over 700 million street and household lights with energy-saving and long-lasting LEDs.

However, India still has plans to build new coal power plants. Under the Paris Agreement, as a developing country India’s emissions can increase until 2030 and then decline. Building more coal plants could push India off the 1.5°C-compatible pathway, Stockwell says.

RELATED: These young activists won’t wait for their parents’ generation to save the planet

Keeping global warming to 1.5°C matters to Canada since it has already warmed up on average 1.7°C since 1948, twice as fast as the global average, a government study reported last spring. Canada’s 2030 emission-reduction target of 30 per cent below 2005 levels is rated as “insufficient” in a CAT report. This means the target is too low for Canada to do its fair share in meeting the 2015 Paris agreement of keeping global temperatures from rising above 1.5°C.

Last December the government estimated that its policies would only get Canada halfway to its 2030 target.

“Canada should double its 2030 target and have plans to meet it,” said Jennifer Morgan, executive director of Greenpeace International, when asked what Canada needs to do. “And it has to stop any expansion of fossil fuel projects, including pipelines.”

READ MORE: This summer, Canada’s land of ice was on fire

By 2025 the U.S. will cut its emissions 17 per cent, and possibly by as much as 24 per cent compared to 2005, says Nathan Hultman, director of the Center for Global Sustainability at the University of Maryland. This is despite a booming oil and gas sector and Trump administration’s efforts to reverse measures to reduce emissions and commitment to pull the U.S. out of the Paris agreement.

After President Trump was elected, a broad coalition of states, cities, and businesses formed to make sure the U.S. meets its Paris Agreement obligations. The We Are Still In coalition has now grown to represent nearly 70 per cent of U.S. GDP and nearly 65 per cent of the U.S. population. If this coalition were a country, it would be the world’s third-largest economy.

Hultman says the coalition is an example to the world of what subnational leadership can accomplish and could “inspire higher levels of climate action across the world.”

Maclean’s is one of more than 250 media outlets participating in Covering Climate Now, an international journalism initiative co-founded by The Nation and Columbia Journalism Review. We will be publishing and sharing original coverage all through the coming week in the lead-up to the UN’s Climate Action Summit, to be held in New York on September 23. The summit is an attempt to spur world leaders to develop new plans to reduce carbon emissions by 45 per cent over the next decade and reach a target of zero net emissions by 2050.