Is it time for a strategic retreat from carbon pricing?

A policy designed to appeal to conservatives has united them against climate-change action. For the sake of the planet, we should move on 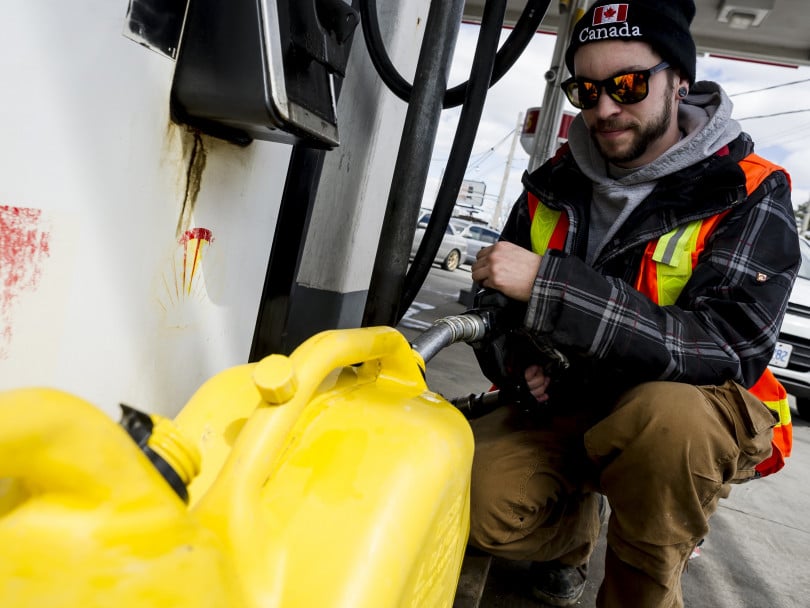 Max Fawcett worked in the Alberta government’s climate change office between 2017 and 2019. He is the former editor of Alberta Oil and Vancouver magazines.

It’s been a tough year for those who believe in carbon pricing. In June, Doug Ford’s PCs stormed to victory on a platform that included a pledge to toss out the Ontario government’s cap-and-trade system and replace it with, well, something. In November, the otherwise eco-conscious residents of Washington rejected a third attempt at introducing a carbon tax. And now, in Alberta, a government that staked much of its reputation on a climate plan built around an economy-wide carbon price has been defeated by a party that made its disdain for carbon pricing a key part of its platform. At the rate things are going, the federal Liberals might need to be more worried about their carbon pricing policy going into October’s election than anything to do with Jody Wilson-Raybould.

It will be tempting for those who still believe in the merits of carbon pricing to retrench their position. But if we’re going to have any hope of meeting the emissions reduction commitments made in the Paris Accord, it might be time for them to consider the possibility of a strategic retreat. This is heresy among environmental economists, who have been the leading proponents of carbon pricing and have come out swinging—well, as much as economists can—in favour of it. In Canada, the Ecofiscal Commission continues to churn out an impressive array of charts, explainer videos and extremely sensible op-eds about the merits of carbon pricing. In the United States, meanwhile, a group that includes all four of the still-living former Federal Reserve chairs, nearly 30 Nobel economists and all but one former chair of the White House’s Council of Economic Advisers have put their support behind a plan to price carbon. “We’ve just cornered the market on the best economic minds of our country behind every single pillar of our plan,” Halstead said.

The problem is that those minds aren’t thinking hard enough about the political dimensions of the issue. Their appeal to logic and efficiency might work in the fictional land of Technocratistan, where reason always prevails and the most efficient policies are the ones that end up getting implemented. But in the real world, it is losing the fight to politicians who come armed not with facts and ideas but jerry can stunts and gas station selfies. Yes, it’s still the most cost-effective way to reduce emissions—but those are only the economic costs. The political costs, as we’ve seen in Alberta, are much higher. And the price of not taking meaningful action on climate change will be higher in the long run than anything we might have to pay today.

One of carbon pricing’s purported virtues was that it would appeal to conservatives, and therefore be more politically durable than more heavy-handed approaches to reducing emissions. But that hasn’t been even close to true. “I’ve been surprised at how resistant some of my fellow conservatives are to free-market economics,” says Mark Cameron, the director of Clean Prosperity, an organization that advocates market-oriented approaches to environmental issues, and a former policy advisor to Stephen Harper. “Even with the explicit assurance that all of the money would go back to tax cuts, they find it very difficult to accept this. And I guess the lesson is that when it comes to consumers, consumption taxes that are visible are, even if they’re more efficient economically, extremely unpopular. And conservatives are very willing to tap into that fear.”

This unpopularity isn’t exclusive to an anti-tax province like Alberta, either. In Quebec, where high taxes are nearly as much a part of the province’s shared culture as poutine and potholes, support for carbon pricing withers as soon as people actually see its impacts on gas prices. According to a Leger poll commissioned by the Montreal Economic Institute last year, 62 per cent of Quebeckers support a carbon tax, and 76 per cent if helps the province reach its GHG reduction targets. But only 40 per cent are willing to actually pay more for their gasoline, and fewer than 10 per cent support a carbon tax if it increases gas prices by 10 cents a litre. Conservatives have already mined this dichotomy to great success in Alberta and Ontario; you can be sure that, come October, they will be digging into it in Quebec as well.

And why give them that opportunity when there are other options available? The Clean Fuel Standard that’s being developed right now is probably as well known in this country as the name of Regina’s tallest building, but it’s expected to reduce Canada’s annual GHG emissions by 30 megatonnes by 2030—and without attracting any public attention or political fire. It’s easy to build a campaign of fear and misinformation around a tax that voters can see on their receipts every time they fill up their car or pay their home heating bills. It is much more difficult to do it around regulations that are neither clearly visible nor easily understood. Mark Jaccard, a professor of sustainable energy at SFU’s School of Resource and Environmental Management, is one of the few economists willing to acknowledge this. “Carbon pricing is not essential to stop burning coal and gasoline,” he wrote in the Globe and Mail last year. “We economists only say it is because we prefer it. If we were honest, we would explain that decarbonization can be achieved entirely with regulations.”

Those regulations, whether they’re focused on the electricity market or zero-emission vehicle standards like the ones in B.C. and Quebec, may not be as efficient as carbon pricing. They probably won’t deliver the lowest-cost emissions reductions. But they will deliver them. And given how urgent the situation is becoming, we cannot afford many more delays or setbacks. In a recent New York Times piece, Canadian climate writer Geoff Dembicki argues that “Canadians can start by rejecting the self-interested delusions offered by Conservative leaders at gas stations and in the Twitterverse.” But Dembicki has it completely backwards. If we’re going to do something about climate change, we can’t simply ignore those “self-interested delusions”—we need to understand them, and appreciate the political power they have. Carbon pricing, for all of its economic merits, is a political disaster. It’s time to shift the conversation in a more productive direction before it’s too late.