David Moscrop: We can't address an existential threat with our fellow citizens standing in our path. They rob us of the hope we need to save ourselves 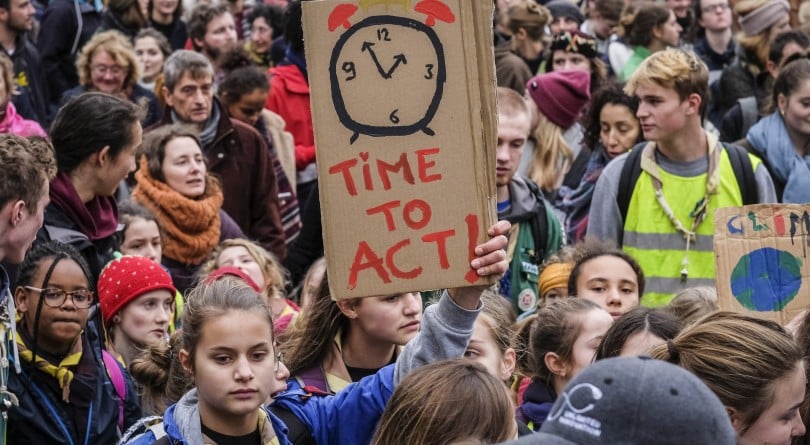 The Conference of the Parties to the United Nations Framework Convention on Climate Change are meeting in Katowice, Poland. The site is a southern city and the “heart of Poland’s coal country.” The conference was opened by David Attenborough, aged 92, natural historian, journalist, and—among many other credits—narrator of the BBC’s iconic Planet Earth series. Referring to climate change as “our greatest threat in thousands of years,” he concluded: “If we don’t take action, the collapse of our civilisations and the extinction of much of the natural world is on the horizon.”

He’s not wrong. Those of us with our heads outside the sand and, well, outside of other places, know the warning offered by Attenborough to be serious and true. And we’re feeling it. Recently, we’ve started to talk about climate grief or ecological grief  or ecological anxiety more than we did before. Much more. People are having a hard time processing extreme weather and reports about what’s to come for them, those they love, their communities, their country and the world. They’re anxious. They’re depressed. They’re despondent. I’m one of them.

The rise of this anxiety and grief is bad for our mental health. It’s bad for our physical health. It’s bad for the economy. It’s bad for democracy. For years, the world’s most vulnerable people have been living with and suffering through the consequences of a changing environment, but now concern has reached a crescendo and we can all hear it—except for those who plug their ears and pretend the music isn’t playing. For those who aren’t cowards or selfish monsters or wretched social liabilities willfully closed off to the reality of imminent doom, the now-daily news about what’s coming is something we stare down in anger, frustration, hopeless, and even terror.

RELATED: Nobody should believe Canadian politicians who promise to fight climate change

It’s bizarre to be reminded day after day, in small ways and big ways, that the world you know and have known for years is falling apart. News of severe weather. Reports detailing the coming collapse. Primers on how to reduce your carbon footprint by changing your diet. Climate change becomes a routine conversation. It comes up at the bar. It comes up in class. It comes up at the holiday dinner table. It comes up while the guy at the counter prepares your takeaway. You start to feel it. You go to bed with it. You wake up with it. We’re moving slowly and we’re meant to be moving quickly. We know what’s coming is bad but we’re not sure just how bad—and then we hear about civilisational collapse. Some days, I don’t see the point of getting out of bed. Or working. I hear stories all the time about those who experience the same challenges.

This anxiety and grief are made worse by impediments to addressing the source of those feelings. We can’t address climate change with our fellow citizens standing in our way. We need climate deniers, defenders of the status quo, and those who throw up their hands and say “The hell with it, what can we do?” to move along so that the rest of us can save ourselves and future generations. Anyone who isn’t serious about getting over themselves and their fundamentalism (market, ideological, other)—ahem, Ontario, Manitoba, Saskatchewan, New Brunswick, short-sighted corporations, certain pundits and columnists—needs to step aside and make room for those of us who care about the future. It would be nice of those folks would get out of the way immediately. Or better, work with us. But the stakes are high. So, if they won’t do one or the other, then we ought to ignore, marginalize, and defeat them at the ballot box, in community centres, on the streets, and in the boardrooms. Wherever we must.

That means protests. That means lawsuits. That means trying to convince deniers or holdouts with our reasons. That means shouting them down at town halls if giving reasons fails. That means organizing against them to ensure that the parties who win power and the businesses that get our dollars are ones who are committed to saving humankind. That means demanding that those who say “but Canada is only a single, small country!…” to hold their tongues while we build a coalition of climate warriors. That means putting our words into the world and our feet onto the street. Our collective fate is at stake and therefore our options and our actions must be expansive.

RELATED: Why Saskatchewan is still holding out on the feds’ climate plan

We must avoid the impulse to hide away. In a world replete with opportunities for distraction—for me it’s video games, bad television and trips to Las Vegas—it’s easy to disappear, if only for a little while at a time. The ensuing cycle is predictable and rational and devastating: the growing existential threat of climate change alarms and depresses you and more; the failure of the world community of nations to address the threat compounds the worry, anger, frustration, and fear; journalists, authors, scholars, and others write about the mess and just how very, very, very bad it is and how bad we are at responding to it; you feel hopeless; then comes the deep anxiety or grief; then more hopelessness. Then you become demotivated (what’s the point of resisting or doing anything for that matter, since we’re goners?). Finally, the growing existential threat of climate change grows and becomes more alarming. Repeat until doom.

Facing the threat of climate change head on is now a moral imperative—and one we can better address through the lens of hopefulness. Before we set off to work, before we take on the tasks mentioned above, we must also commit to being hopeful that something can be done and that we can and will do it. Then we need to get at it with the fury and passion of believers.

Grace Nosek is a PhD student in law at the University of British Columbia. Years ago, I first heard from her about the importance of hope when talking about climate change. Recently, she argued that local, community action is essential to finding it. Local action matters. So do small, compounding actions. We need big actions, too. Structural changes by governments. Aggressive ones. The sorts of unprecedented actions you see towards the end of a blockbuster film about how we rally together to survive an alien threat—except for the enemy here is one we’ve created ourselves and can yet still defeat together.

Those of us in the conversation about our future must commit to action guided by hope, and supported by a commitment to personal and structural change. Overcoming climate anxiety and grief calls for a return to the close connections of community enhanced by the broader links of a networked society and backed by an unyielding commitment to action. It’s either that or rolling over and accepting death. Let’s choose hope and work.