A photographer snapped this photo, titled Iceberg Alley, which features a lighthouse, an iceberg and an old military battery in Fort Amherst 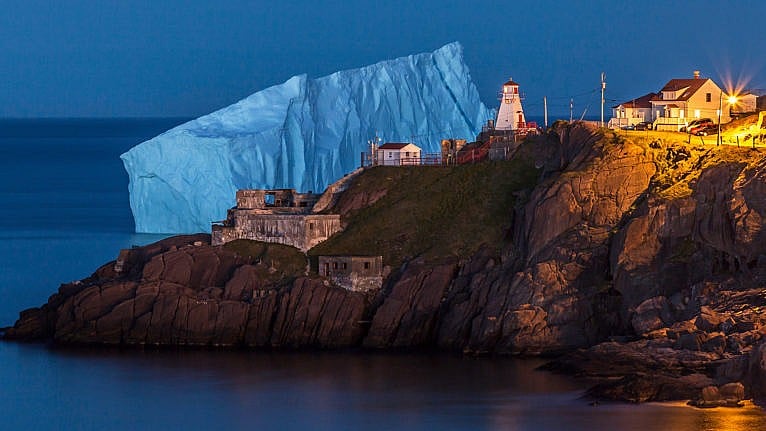 Award-winning photographer Michael Winsor snapped this shot of Fort Amherst in St. John’s, N.L., during “blue hour,” the moment when the sun dips below the horizon and the landscape is suffused with blue light. The photo, titled Iceberg Alley, features a lighthouse, an iceberg and an old military battery. Every May, tourists flock to the area to see the 10,000-year-old ice that, after breaking free from Greenland, drifts for about two years before arriving at the Newfoundland coast. During the pandemic, popular spots like Fort Amherst have been less busy than usual. “Newfoundlanders and Labradorians are known for their hospitality,” says Winsor. “We all long for the day when our border is open and we can welcome the world back to our province.” Winsor, who runs Newfoundland Photo Tours, comes across a range of tourists in his line of work, from those who are happy to observe the icebergs from a distance to those who take boat and kayak tours to inspect the icy beasts up close. The latter are taking a risk, as the icebergs can break at any point, Winsor says, and are constantly changing in response to the natural world. “They’re sculptures,” says Winsor, “sculpted by the sea and the land.”