Why a ban on plastic straws sucks

Peter Shawn Taylor: Despite becoming the latest environmental supervillains straws are not to blame for polluting oceans, beaches or cities 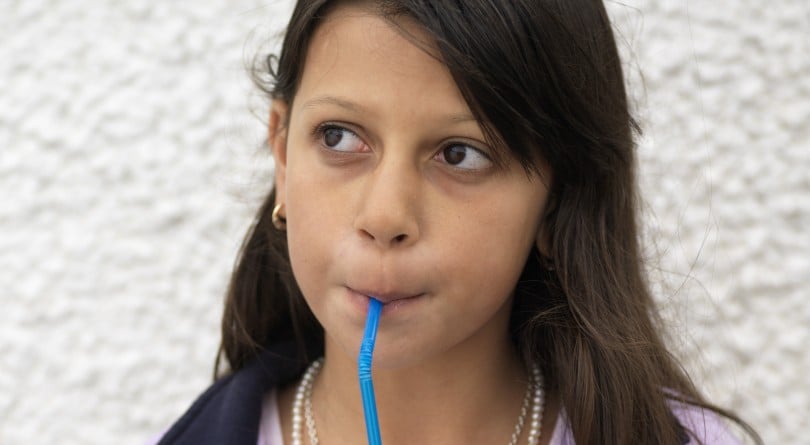 A strawman argument is a rhetorical device that deliberately misrepresents or exaggerates an opponent’s position in order to demolish it. It’s always easier to defeat an opponent made of straw than is to tackle a serious argument with facts and logic. You could say the same thing about the recent vilification of plastic drinking straws. The case against straws is made of straw.

With surprising suddenness, once-innocuous plastic drinking straws have become the environmental supervillain of the moment. During a Commonwealth conference last month, British Prime Minister Theresa May asked Canada and other member countries to join her in a total ban on the distribution of plastic straws, stir sticks and plastic cotton buds (what we call Q-tips). According to Britain’s environment minister, Michael Gove, “single use plastics are a scourge on our seas and lethal to our precious environment and wildlife, so it is vital we act now.”

While Prime Minister Justin Trudeau demurred on May’s call for immediate action, his  government seems to accept the line that straws and other plastic utensils are a ‘scourge on our seas.’ A few days later Catherine McKenna, federal environment minister, unveiled a public  consultation on marine litter with the stated ultimate goal of “zero plastic waste.” According to McKenna “plastic products are polluting our oceans and waterways—not just in Canada but around the world.”

The anti-straw movement is on the march at the municipal level as well. Vancouver is in the process of ridding itself of plastic take-away items such as straws, coffee cups, drink stirrers and lids. Starting with a requirement that food vendors ask before providing customers with straws, the city’s goal is to move to a British-style “distribution ban on non-compostable straws and utensils” by 2025. As its current consultation document states: “When they become litter, straws and utensils can be ingested and harm turtles, birds and other sea life.”

The point seems clear enough. Straws and other plastic utensils are murdering oceans and sea creatures and we need to get rid of them as quickly as possible. Given all the evident concern and conviction—not to mention a damning YouTube video of a Costa Rican sea turtle with a plastic straw up its nose—fact-checking these claims seems almost impolite. But here goes.

The strawman argument against straws

Ground zero for complaints about the amount of plastic in the world’s oceans is the Great Pacific Garbage Patch. First identified in 1997, this floating collection of buoyant plastic debris comprises an estimated 79,000 tonnes of litter spread over 1.6 million square kilometres between California and Hawaii. Prevailing ocean currents keep adding to its size, while environmental groups keep adding to its reputation as a physical manifestation of our addiction to a throw-away plastic lifestyle. So what’s inside this great floating garbage dump?

According to a recent study of its contents in the open-source academic journal Scientific Reports, it’s not swizzle sticks or straws that are to blame for polluting the Pacific Ocean. Of the 1.1 million bits and 668 kg of plastic debris collected by the authors, 46 per cent of it was discarded fishing nets. A further substantial portion is related fishing industry items such as floats, ropes, baskets, traps and crates. And another 20 per cent is junk washed away from Japan’s shores during the 2011 tsunami. The report makes no mention of straws.

The vast bulk of floating plastic waste in the Pacific is the product of commercial fishing – primarily the Asian fishing industry. Another huge chunk arises from the aftermath of a massive natural disaster. Ottawa’s public consultation on watery plastic waste is full of factoids such as “one garbage truck full of plastics is dumped into the ocean every minute” that leave the impression plastic straws are to blame for the horrors of marine pollution; in fact the real culprits are industrial fishing fleets half-a-world away.

Here’s more evidence of the strawman argument against straws. A recent clean-up of Canada’s ocean shores jointly sponsored by the environmental group World Wildlife Federation and Loblaws Canada reveals plastic drinking straws comprise less than two per cent of total beach waste. There were twice as many bottle caps as straws, and ten times as many cigarette butts. The same miniscule two per cent figure shows up in Vancouver’s anti-plastic literature. As it is in the middle of the Pacific, so too along Canada’s shorelines: straws are an insignificant component of total litter and hardly worth our attention.

Of course even if straws aren’t clogging the oceans, there might still be a case against them as terrestrial garbage. Are discarded straws clogging our streets and parks?

Every two years Toronto performs a very useful and rigorously scientific audit of street litter. Small plots are randomly set down throughout the city and examined for type and origin of garbage. The results are once again entirely exculpatory towards straws. In 2016 under the ‘small litter’ category across all 300 plots, Toronto’s garbage surveyors found 900 pieces of chewing gum, 800 cigarette butts, 734 pieces of paper … and a mere four straws. These straws constitute 0.1 per cent of total urban litter. Given that the 2014 study found a total of 10 plastic straws, the available evidence suggest straws’ urban garbage footprint is falling rapidly. Surely this is good news. And evidence no further action needs to be taken.

While calculations by anti-straw campaigns claim up to eight billion straws are awash in the oceans, the available evidence suggests nearly all Canadian straws are properly disposed of. As such, there’s no reason to single them out for any particular enmity, or turn straws into a symbol for our society’s decline and fall.

Anyone who would prefer not to have a straw in their drink is welcome to instruct their local bartender or barista accordingly. But for many folks, straws remain both useful and necessary. Numerous disability groups have loudly noted how the anti-straw movement threatens their ability to consume beverages. Miriam Osborne, who has a muscle condition called arthrogryposis and can’t hold a cup in her hands, angrily told The Toronto Star that talk of a straw ban “is just lame liberal activism” bent on “vilifying people who need straws,” such as herself. In many other situations, particularly health care, straws and other single-use plastic devices represent a tremendous advance in terms of sterility and functionality. Does anyone really want their doctor reusing old gloves, catheters, IV tubes or surgical gowns? Didn’t think so.

The current hysteria for the immediate elimination of straws from polite society is yet another example of a particular form of political distemper that values effort over results. The notion that something must be done—to fight pollution, obesity etc.—is often impossible for politicians to resist, even when the suggestions on offer will have zero impact on the problem at hand. Simplicity trumps substance. And what could be simpler than demonizing something as innocuous as straws?

In fact, the rapid appearance of the anti-straw movement shares much in common with the constant demands for soda taxes to fight obesity: as straws are to marine pollution, soda is to obesity. This despite the fact solid evidence refutes any link between collective weight gain and soda consumption. In Canada, for example, per capita soft drink sales fell 27 per cent between since 2004 and 2015 due to changing consumer tastes, while obesity rates continued to rise. And if there is no connection between soda and obesity, why would a tax make any difference? The same goes for a plastic straw ban. Such a policy may reduce the number of straws in circulation, but will have no appreciable impact on street garbage, landfill space or floating marine litter.

Yes, every little bit counts when it comes to pollution. But big bits count much, much more than little bits. And anyone truly worried about the proliferation of floating plastic garbage in the world’s oceans should go after the Asian fishing industry for its discarded nets first, before trying to shut down their local blender drinks industry.

Arbitrary policies such as straw bans or soda taxes not only impede individual choices regarding what to drink and how to drink it, but inevitably unleash a host of unintended consequences. By making soda more expensive, for instance, pop taxes may promote increased beer consumption. And Philadelphia’s soft drink tax is threatening access to healthy food by low-income inner city residents by drastically cutting profits at downtown grocery stores. The same goblin of perversity will make itself felt in the wake of a straw ban as well.

When May’s government unveiled a soft drink tax earlier this year, it deliberately exempted milk shakes from the tax because public health officials expressed concern that young girls in particular weren’t getting sufficient calcium; they worried a new tax on milk shakes could curtail beneficial milk consumption even further. In banning straws, however, the British government looks set to inadvertently undo the benefits of its own exemption—since it is all but impossible to drink a milk shake without a straw. Even governments can’t suck and blow at the same time.

Correction, May 15, 2018: An earlier version of this story stated that the study in Scientific Reports makes no mention of post-consumer waste. In fact, it mentions bottle caps and lids (but not straws).