Why Arctic icebergs are heading south earlier than usual 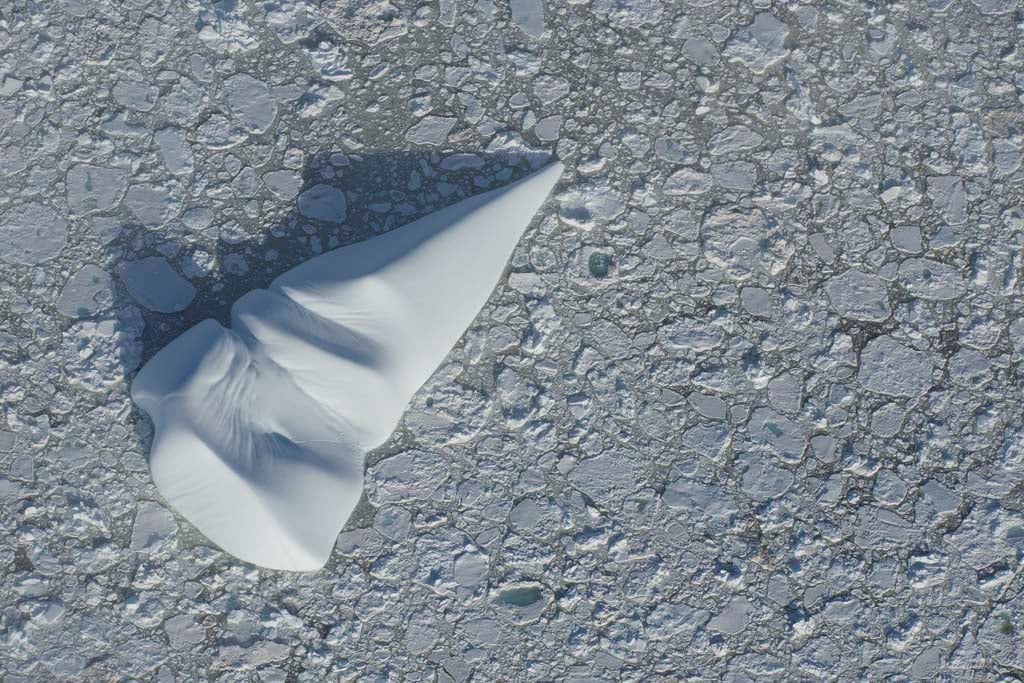 A rounded, cone shaped ice berg embedded in dense pack ice at the entrance to Alexis Bay, Nfld., on the eastern coast of Labrador. This formation is approximately the size of an arena building, while the surrounding floes are as large as airplane hangars. (Louis Helbig)

For over a decade, Tim Papakyriakou has been participating in studies of the marine ecosystem in the Canadian coastal Arctic. This year, Papakyriakou and his colleagues were set to undertake a survey of Hudson Bay as part of an effort to investigate the effect of hydroelectricity generation-related river management. “We wanted to see how the Bay [ecosystem] looks, and then use the data to look forward, using models, at how climate change and regulation are going to be impacting [it],” explains Papakyriakou director of the Centre for Earth Observation Sciences and an associate professor at the University of Manitoba.

The BaySys project team of 40 scientists from five universities left Quebec City on the CCGS Amundsen at the end of May. But they never made it to Hudson Bay. “There was an unusually heavy ice presence in the Belle Isle Strait between Labrador and Newfoundland, and also in the northeast part of Newfoundland,” says Papakyriakou. “[It] was in the form of floes [that] were blown into those little nooks and crannies, and basically plugged off the ports.” The ice-breaking Coast Guard ship was called in to assist with search and rescue and to serve as an escort to freighters, tankers and ferries, and the scientific mission was eventually called off.

The team did have the chance to go out onto three of the floes. “The first was very thick—we couldn’t drill through it, so it was more than five metres,” says Jens Ehn, an assistant professor at U of M. The solid ice was fresh, without salt, meaning that these were multi-year floes.

“The logical origin of the ice is the high Arctic,” says Papakyriakou. Warming means there is more open water and the ice is thinner in this area, allowing it to collide and form thicker ridges. Historically, the narrowness of the passageways in the Canadian Arctic Archipelago and the strait between Greenland and Ellesmere Island has caused the ice to plug and back up, periodically flushing out into the northern Atlantic. But with warmer conditions preventing the congestion that typically holds back the ice, the flushing has become less predictable. “It’s more apt to leave the Arctic earlier in the season, and hence able to interfere with southerly shipping lanes [on] perhaps a more frequent basis,” says Papakyriakou. Research on what exactly happened this year remains a work in progress, but the flushing phenomenon appears to have been compounded by northeasterly winds that pushed the ice into northeast Newfoundland and the strait between the island and Labrador.

Photographer Louis Helbig also encountered the ice. He took these aerial photos along the coasts of Labrador and Quebec’s North Shore in early June, documenting the unseasonably late ice pack.