You'll see more carbon labels in the grocery store next year. Here's what they mean. 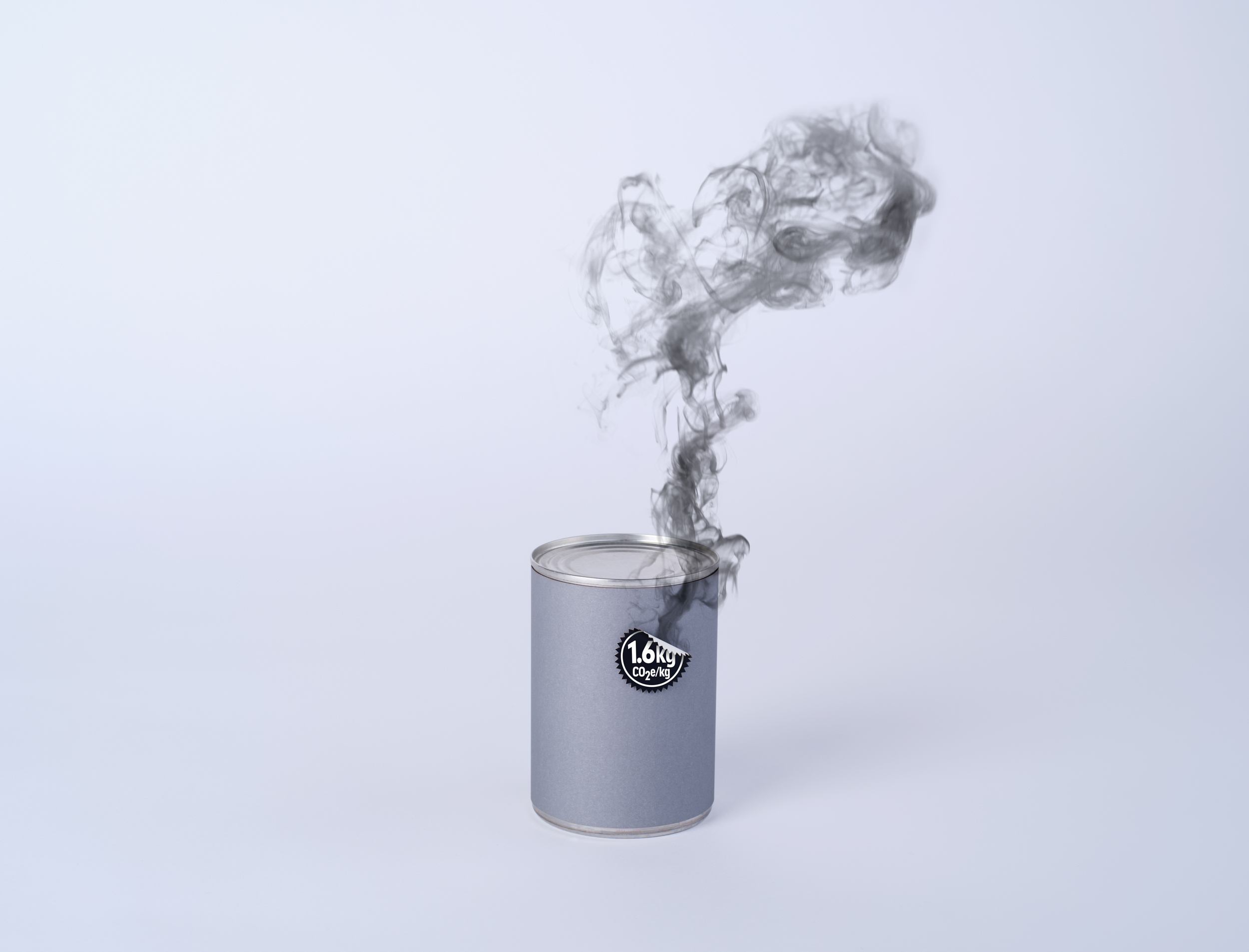 Standing in the supermarket aisle, your hand hovers between two cartons of oat milk. You’ve bought oat milk plenty of times, rarely with much deliberation or indecision. But now there is new information—a label declaring the carbon footprint of Oatly brand oat milk: 0.31 kg CO₂e per kg.

Is 0.31 kg a lot of CO₂e? A little? Is it more or less than the CO₂e content in competing brands of oat milk? What is CO₂e?

Welcome to carbon labelling, which you’ll be seeing more and more of in 2022. A product’s climate footprint is the calculable impact on the environment from making it, expressed through carbon dioxide equivalents (CO₂e), the measure used by the United Nations Framework Convention on Climate Change and the European Commission.

The metric represents a conversion of the varying effects of different gases into the equivalent amount of carbon dioxide (CO₂) it would take to create the same greenhouse effect. Carbon labelling has already been introduced by Oatly, Quorn (an animal-free protein company) and Just Salad, the quick-service restaurant with dozens of locations in the U.S. Unilever, maker of over 75,000 consumer goods including Hellmann’s mayonnaise, Lipton tea and Sunlight dish soap, will begin carbon labelling this year, aiming to have about 30,000 products labelled within five years and to achieve net zero emissions (through a combination of reductions and offsets, and not the same as actual zero emissions) by 2039.

David Bryngelsson, CEO of CarbonCloud, a U.K.-based CO₂e certification body, grew frustrated at the silo effect of scientific information that is often indecipherable to the public. “We know enough as a research community about climate science,” says Bryngelsson. “How do we create a system where access to that information is available without everyone needing to do a Ph.D. in physics to get there?”

CarbonCloud’s digital tool asks clients about the materials, the distance travelled, the mode of transportation and the type of energy used in manufacturing their products. Bryngelsson sees the labels as part of a process of manufacturers publicizing their culpability and intentions in order to create demand in the market for change. “They’re saying, ‘We realize we’re part of the problem.’ And over time, if you’re seeing two types of oat milk and one of them has this and one of them doesn’t, it tells you this brand is working on the issue.”

But Tammara Soma, assistant professor at the School of Resource and Environmental Management at Simon Fraser University, is not sold. “I’m cautious about initiatives that focus on making people into data consumers,” says Soma. She cites “best before” dates, which teach consumers to trust the printed expiration label more than their own senses, leading to a lot of food waste.

MORE: Climate crisis 101: Canadian university courses to prepare you for a greener future

“There’s a lot of confusion around what this amount of carbon equivalent means,” Soma says. “It’s not like calories, [where] everybody can say the average person should consume such-and-such an amount of calories. That’s not the case with carbon labelling.”

If Canada were to meet goals set out by the government in December 2020, that would mean a national CO₂e output of 503 megatonnes by 2030. And a megatonne, as everybody knows, is equal to 1,000,000,000 (one billion) kilos. Say you divide Canada’s 503,000,000,000 kg of CO₂e by our projected 2030 population of 44,000,000. That would give you a carbon footprint of approximately 11 tonnes of CO₂e per year per Canadian, or 31 kg of CO₂e per day. So if you chugged a 1 kg carton of Oatly, that would account for 0.31 kg or one per cent of your daily CO₂e allotment. However, without similar data for all the other choices you make, the number isn’t that meaningful.

Soma says carbon labels might be more helpful as an incentive. Taxes on sugary drinks, for example, are not conceived as a revenue source, but as a way to motivate consumers to drink water and manufacturers to reformulate their drinks with less sugar. For carbon labelling to work that way, Soma says, it would need to be broadly mandated. “A government-led approach is a better and more comprehensive way to target and nudge companies,” she says.

RELATED: The reality of carbon prices sinks in

It’s a wonderful image: the supermarket shopper holding up each item to add up a Weight Watchers-style point system in relation to Canada’s commitment to the Paris Climate Agreement. But would it really make a difference?

“There’s a debate about the best way to approach climate solutions—whether we need collective action or individuals to change their behaviour,” says Navin Ramankutty, professor and Canada Research Chair in Global Environmental Change and Food Security at the Institute for Resources, Environment and Sustainability at the University of British Columbia. “Part of how we get to collective action is making individuals more aware of their actions. It’s not enough. But it’s an important part of the package.”

This article appears in print in the January 2022 issue of Maclean’s magazine with the headline, “Shop your footprint.” Subscribe to the monthly print magazine here.