Everett Klippert: An unlikely pioneer of gay rights in Canada 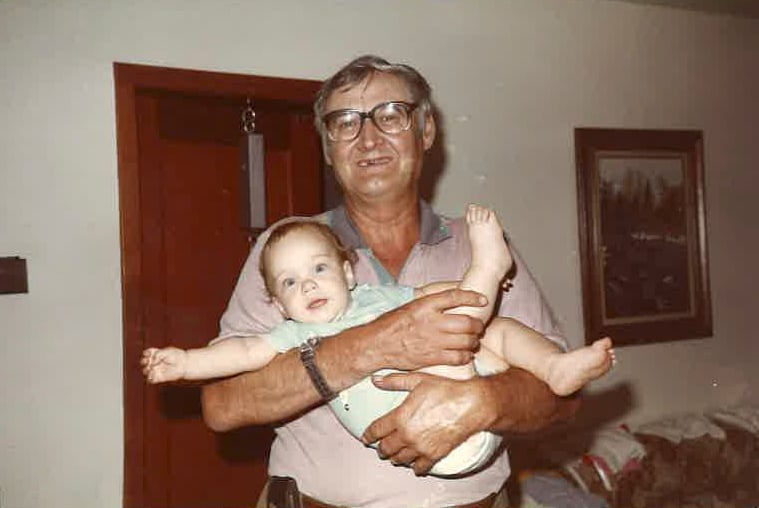 Everett Klippert with his great-niece Sarah Griebel. After he died in 1996, Klippert’s remains were taken to Sarah’s parents’ homestead near the small town of Castor, Alta. (Photograph courtesy family)

It was a time when homosexuality was a crime, and admitting it meant imprisonment, but Everett Klippert was gay and his deeply religious upbringing was not going to let him lie about it. “He couldn’t stop confessing,” says Douglas Elliott, a prominent gay rights lawyer and activist, with a laugh. “I think you’d have to hold your hand over Everett’s mouth to stop him from blabbing.”

Klippert, who died in 1996, was the last gay man in Canada known to be imprisoned on “gross indecency” charges, and the only gay man in Canada to be deemed a “dangerous sex offender.” He’s also the subject of a report slated for release next week by Egale Canada Human Rights Trust. While the report was originally named the Klippert committee report, it isn’t just about the plight of one man—it will look at aspects of the Criminal Code that are discriminatory toward all LGBT people and ask the Trudeau government to engage in what it calls a “truth and rehabilitation process.”

Earlier this year, Prime Minister Justin Trudeau promised to give a posthumous pardon to Klippert after a Globe and Mail investigation into Klippert’s life. But Elliott, the honourary chair of the Klippert committee, says you can’t technically pardon someone who is already dead—unless Trudeau decides to change the law. He also says there are better alternatives that exist for cases like this.

A pardon means: “You did something wrong. The Queen forgives you,” Elliott says. Whereas an expungement means: “The Queen did something wrong. Will you forgive her?” Then there’s the Royal Prerogative of Mercy, where the Queen herself forgives a crime, outside of the pardon system. Alan Turing, the Second World War codebreaker depicted in the Hollywood film The Imitation Game, received a Royal Prerogative of Mercy.

Everett George Klippert was born in 1926, the youngest of nine kids—enough children to field a baseball team, which they did, and called themselves the Klippert Killers. He was born in Saskatchewan, but grew up in Calgary, where he eventually became a bus driver. Bespectacled and friendly, Klippert kept his sexuality quiet, meeting only with men who showed a mutual interest. That was until a complaint to the RCMP in 1960; Klippert was brought in for questioning, where he admitted to 17 other instances of what at that time was considered “gross indecency.”

“The whole case against him, 98 per cent of it came out of his own mouth,” Elliott says. Klippert was sentenced to four years in prison.

After serving his time, Klippert escaped to Pine Point, a remote community in the Northwest Territories, where he worked as a mechanic’s helper at the local lead and zinc mine. But his reputation followed him, and when a fire was deliberately set at the mine manager’s home, RCMP called Klippert in for questioning based on his perceived sexual deviance.

It was there he admitted to four more acts of gross indecency.

“This is the thing that amazes me,” Elliott says. “There couldn’t have been more than 2,000 people in Pine Point and he found about a dozen men to have sex with. He must have had the best gay-dar of any man I’ve ever known!”

Klippert would have spent three more years in prison, but because of his past convictions, he underwent a psychiatric assessment where he was found not dangerous, but “incurably homosexual”—an assessment that landed him the title of a dangerous sex offender and an indefinite prison sentence, to be carried out at the federal penitentiary in Prince Albert, Sask.

Klippert appealed to both the Court of Appeals for the Northwest Territories and the Supreme Court of Canada. It was there, in May 1967, that his case was given to a young lawyer: Brian Crane. Crane, who still works as a lawyer in Ottawa, said, “I got the message from the registry, ‘Would I be prepared to take on this file pro bono?’ And I said, ‘I’d be happy to do so.’ ” The two never met.

During the arguments, one of the psychologists who assessed Klippert testified that Klippert was “co-operative … restrained in manner, courteous, coherent, relevant and frank,” but was “not inhibited.”

“It is my opinion,” Dr. Donald Griffith McKerracher testified, “based on my experience with others with similar patterns of conduct, that he would have difficulty in inhibiting them in the future.” He added, however, that he doubted Klippert would behave in a violent fashion. The case split 3-2 in favour of a dismissal.

“That type of case would definitely attract a Charter challenge had the case come about after 1982,” Crane says. “The evidence was that he was generally a law-abiding man, but he ran afoul of what was, in those days, a criminal policy.” 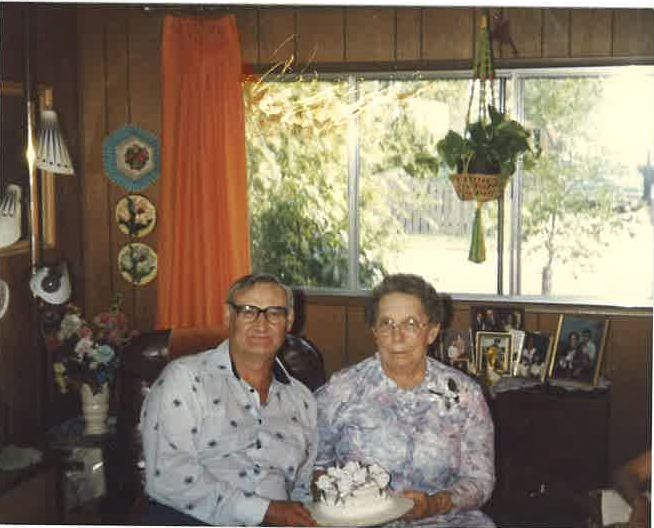 Everett Klippert with his wife, Dorothy. The two married late in life, and while Klippert never switched sides, it was a marriage between two close friends. (Photograph courtesy family)

Bud Orange, the Northwest Territories MP at the time, brought Klippert’s case to the attention of Parliament, calling for then-justice minister Pierre Trudeau to amend the Criminal Code and decriminalize homosexuality. Shortly after, Trudeau tabled his landmark bill, C-150—an act that would see the decriminalization of homosexual acts between consenting adults over 21 years old. It would be two more years before that bill would become law.

That was 1969. Klippert, forgotten in the prairie prison, wasn’t freed for another two years—likely, Elliott says, because he never asked to be let out. And likely because he wasn’t a political guy, he was unaware of how important his case would be to thousands, perhaps millions, of other gay Canadians. “In some ways, I think Everett would be embarrassed by all the publicity this is getting,” Elliott says. “He didn’t want to be marching in parades or any of that stuff. He just wanted to be left alone and get on with his life.”

Which he did. Klippert, forever loved and supported by his family, went on to get married to a woman. Not that he switched teams, Elliott says. It was a marriage between two very good friends.

Elliott doesn’t know what to expect from the current Trudeau government when Egale releases its report. He does, however, hope to negotiate an apology not just for Klippert, but all those incarcerated because of their sexual orientation.

“Everett’s dead, but Kathy’s not dead; Sarah’s not dead,” Elliott says, referring to Klippert’s niece and great-niece. “They care. They really care. It’s important to them.”