Moving to Canada from overseas introduced me to fraudulent landlords, sky-high prices and an apartment hunt for the ages 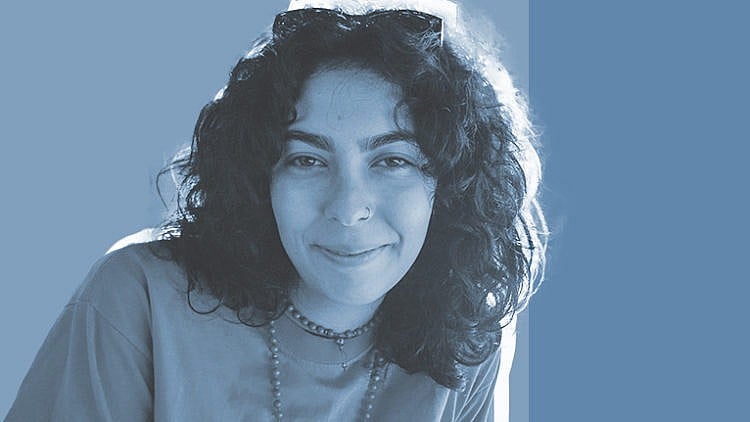 As rental prices rise across the country, many university and college students are struggling as they return to in-person classes. Defne Yildirim, a fourth-year student at Toronto Metropolitan University and an aspiring fashion photographer, was scammed while trying to secure an apartment on Facebook. This is her story.

In 2014, I moved from Turkey to Canada as an exchange student, spending my final two years of high school living with a host family in Fredericton. After graduating, I stayed in Canada to attend Toronto Metropolitan University as an economics major, spending my first year living in a residence building downtown. That experience was short-lived. I returned to Turkey when COVID hit, attending classes virtually for two years.

In June of 2022, when I got the notice that classes were going to be in person for my final year, I spent my summer scouring online for apartment listings under the Turkish sun, anxiously planning for my return to Toronto. I didn’t realize I was entering a race I had no chance of winning.

While in Istanbul, I joined at least a dozen Facebook groups to search for vacancies. My price range was between $900 and $1,500 per month for a studio or one-bedroom close to campus. Even that amount was a financial stretch for me, but I was determined to work while in school to afford rent.

For months, the only affordable places I could find were extremely run-down, small or too far from downtown for me to consider. Some looked like prison cells. One of the only listings within my price range was $1,500 for a one-bedroom apartment—but it was tiny, and the “kitchen space” was basically a cupboard. If I wanted to check all my boxes, I would have to pay $2,000 for a bachelor. It was a terrible time to be looking for a place: thousands of other students were returning to in-person learning, and rent prices were soaring.

In Turkey, after weeks without any leads or responses for Toronto housing, I finally saw a listing for a one-bedroom unit at Yonge and Bloor. The post said the rent was $1,000 with amenities and utilities included. I checked out the person who made the post and saw a profile picture of a middle-aged white man, along with a cover photo of him and his granddaughter.

The man went by the name John. When I messaged him for more information, he responded promptly with photos and videos of the space. The video offered a walk-through of the apartment, which had huge windows, a modern bathroom and a workstation. It was everything I was looking for.

I spoke to John for three weeks. He sent me a contract within the first two days, but I was reluctant to sign without vetting him first. I didn’t know the contract he sent over was not an Ontario lease agreement. It stipulated my monthly rent, along with vague information about security deposits and amenities. At this point, my dad generously offered to pay the deposit and first month’s rent to secure the apartment.

I asked John if one of my friends in Toronto could view the place, but he said he couldn’t show the apartment because he was in Alberta. Instead, he told me, he would give me a discount of $200 on the deposit, and that he would mail the keys to me in Turkey as soon as the document was signed. At this point, a voice in my head told me I might be getting scammed. And yet I desperately wanted to believe that I had found a dream place. I was terrified at the thought that I would be homeless by the time I arrived for the fall semester, and I didn’t want to burden the friends I hadn’t seen in two years by asking to crash on their couches.

The human mind likes to romanticize things, and I guess I romanticized my basic human right to a home. So I disregarded my concern and placed my trust in John: after all, we had talked for almost a month, and he knew I was an international student. I wanted to prove I could navigate the Canadian rental landscape on my own. I signed the contract.

I sent John the $800 deposit, on the day of the Rogers outage, no less. He was paranoid about not receiving the e-transfer immediately. He messaged me numerous times asking why he hadn’t received the money in his account.

His panic set off alarm bells in my mind, and I asked him to send me his ID. I showed the picture to the host mom I lived with in Fredericton, and she told me it looked fake. She reached out to a friend who worked in real estate, who informed us there was no unit up for sale at the address John provided. Because he had auto-deposit set up, I ended up losing my money, even though I tried to explain what happened to the bank.

When it hit me that I had been scammed, I cried for hours. I felt stupid and ashamed for believing John and not vetting him more before I sent him money. It was one of the lowest moments in my life. I wasn’t sure if I would even go back to Toronto after seeing how easily my precarious situation could be exploited.

Thankfully, a close friend in Toronto agreed to room with me, and went to go see listings in person. We quickly realized we couldn’t compete with more affluent working professionals. At one point, we found ourselves in a bidding war for a place that was walking distance to Kensington Market. It was a two-bedroom apartment listed at $1,200 per person, $2,400 overall, and a streetcar ride away from school. But we lost out to someone who offered a monthly rate much higher than the listing price. Every landlord we communicated with was incredibly reluctant to rent to students, and my friend stopped rental hunting with me.

I moved to Toronto in September, still without a place of my own, and kept looking for places on Facebook groups. Because of what I had been through with John, I had a better idea of what scams looked like, and was able to filter listings online to find legitimate ones.

The housing hunt didn’t get any easier, though. I went to see a place around Kensington that was priced at $800 for a room. When I walked in, I thought the inside of the apartment was still the outside. It was incredibly dirty, and in the room itself, there were two beds with people half naked and just waking up. They obviously didn’t want their room to be rented.

Finally, I managed to secure a place through the Toronto Home Zone group after two weeks of house hunting. It’s a room in a house in Scarborough, where I live with two lovely roommates I met online. The commute to school is at least 30 minutes on the subway, and I’m paying $800 for my room. It was the best option I could find.

I can’t even fathom how newcomers with no connections or support systems in Canada would secure housing. The process would be even more complicated for people with language barriers and lower incomes. I often think about all of the other international students. They’re out there in these unaffordable cities, pounding the pavement in desperation, searching for a home.

— As told to Alysha Mohamed