Survey says, the Toronto Maple Leafs are the country's most hated hockey team

EXCLUSIVE POLL: Who's dirty? Who's admired? Who's loved? And who likes Don Cherry?

But while Canada may respect the Canucks, it doesn’t mean they’re going to cheer for them this playoff season.

In the wide-ranging hockey poll, Canadians were asked to name their most loved—and hated—Canadian NHL franchise, to name teams they find arrogant, dirty or disrespected, and to say what they actually think of Don Cherry. 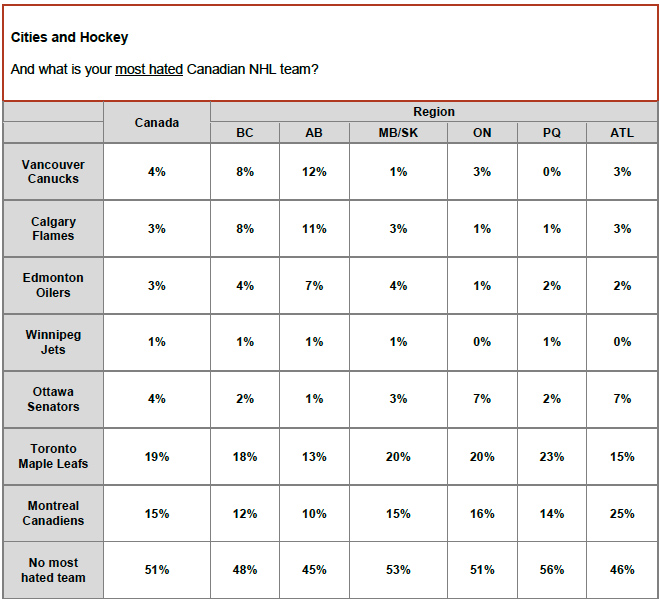 The Leafs, it turns out, are a polarizing club—both loved and hated by a large segment of the population.

That picture changes, however, when you ask only hockey fans.

Among fans of the game, almost a quarter of the country, 24 per cent, name the Leafs their favourite team, followed by the Habs, with 21 per cent of the votes, and the Canucks, at 18 per cent. The Oilers, rounding out the list, come in with 13 per cent of votes. 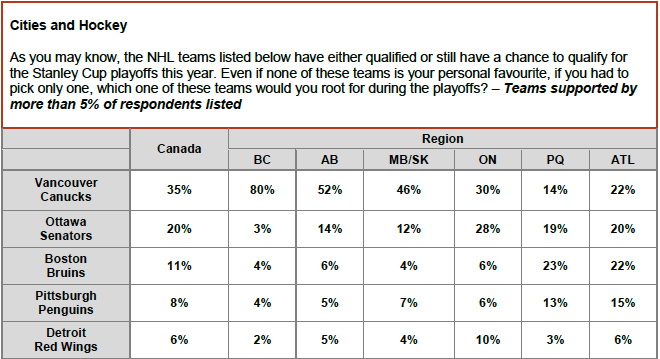 At this stage, 35 per cent of Canadians tell Angus Reid they’ll root for Vancouver, and one in five Canadians, 20 per cent, are supporting the Ottawa Senators.

Nearly half the country, 45 per cent, however, would prefer to see an American team take home the Cup over the Canucks, with Boston (11 per cent), Pittsburgh (8 per cent) and Detroit (8 per cent), the most popular choices. 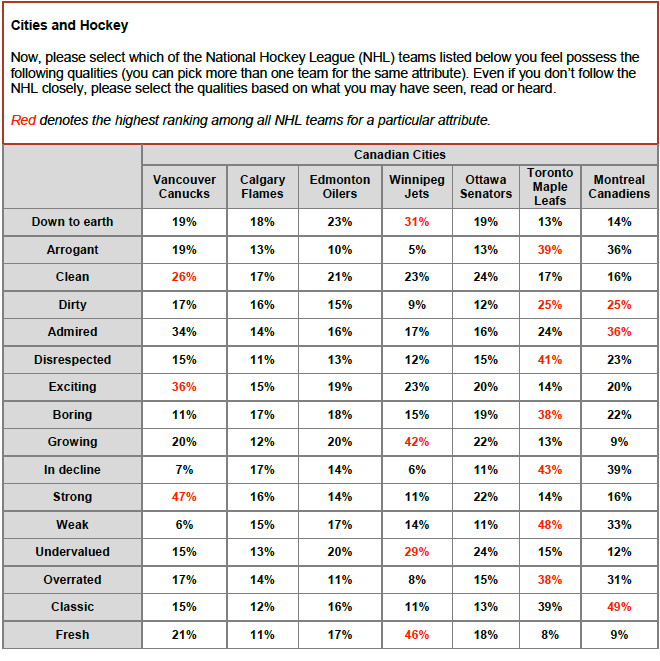 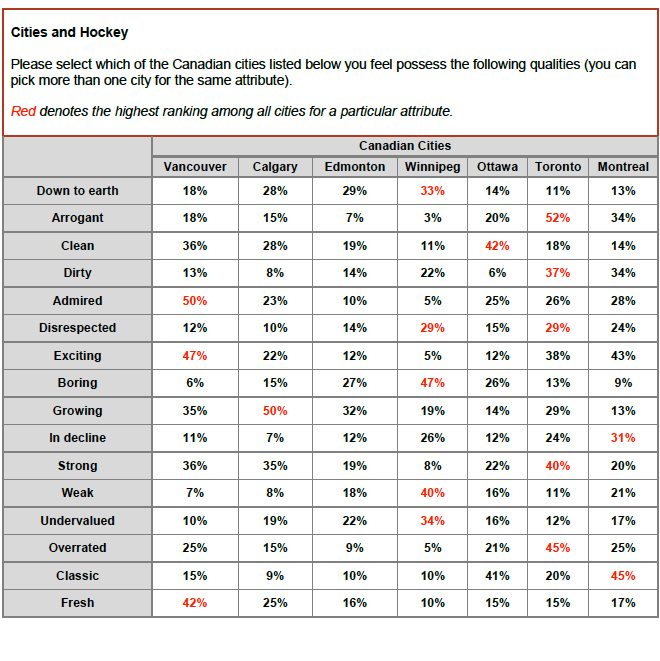 In a funny finding, Canadians view Toronto much the same way as their hockey team. Both the Leafs and Torontonians are seen as arrogant, dirty, disrespected and overrated.

But Canadians also hold positive views of the Habs, with 49 per cent agreeing it is a classic club, and 36 per cent calling it  admired.

Canadians also see the Canucks in a positive light. They see them as strong (47 per cent), exciting (36 per cent), clean (26 per cent). 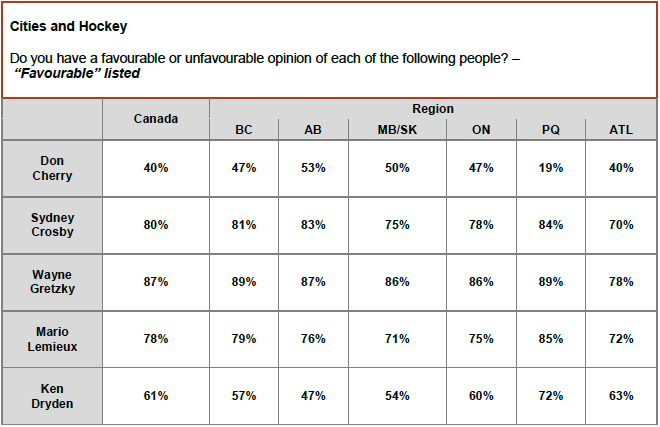 No surprise, the game’s most divisive figure is a polarizing fellow. Just 40 per cent of Canadians say they have a favourable opinion of Don Cherry. Among hockey fans, however, that number jumps to 59 per cent. But what you feel about Grapes seems to depend on where you live: Albertans love him most (53 per cent), while only one in five Quebecers (19 per cent) have a favourable opinion of him.

But that’s just Cherry. Canadians have nothing but love for the game’s stars. A huge proportion of Canadians think favourably of Wayne Gretzky (87 per cent), Sidney Crosby (80 per cent) and Mario Lemieux (78 per cent).