Glad you asked: Why your justification for the pay gap is bunk

For too long, employers have gotten away with asinine justiﬁcations for paying women less 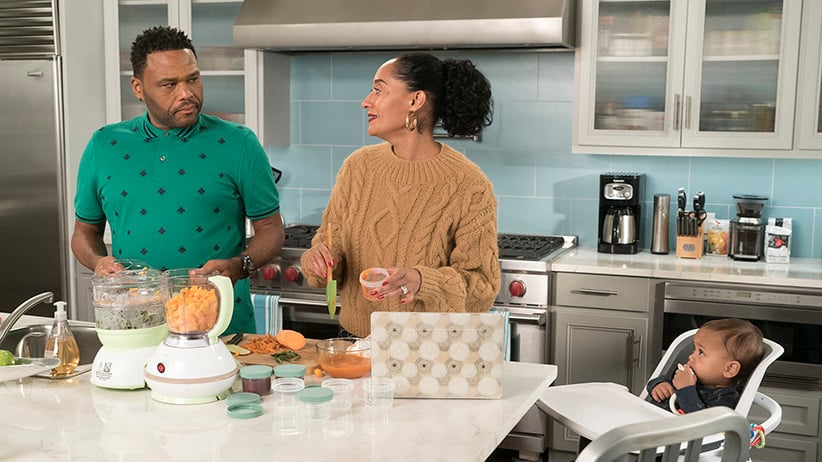 Tracee Ellis Ross has many things in her favour: a showbiz pedigree (she is the daughter of Diana), killer fashion sense and razor-sharp comedic timing. Her acting chops are well demonstrated by her Emmy-nominated portrayal of Dr. Rainbow Johnson on ABC’s hit sitcom Black-ish. She is, unquestionably, a star. She is also, unquestionably, paid less than Anthony Anderson, her arguably less-famous co-star on the show. Ross’s predicament became a case study for discussion during a meeting of Time’s Up, the anti-sexual-harassment and pro-equity movement started late last year by a coalition of powerful people—mostly women—in entertainment. According to an account in The Hollywood Reporter, the room was split: some thought Ross should pare back her appearances on Black-ish and use the time to pursue other gigs; others felt she should demand more cash. What was notable about the discussion was not the suggested strategies (all of which are pretty standard showbiz bargaining tactics) but the fact that these contemporaries were talking about money at all. “Until a few weeks ago,” wrote THR’s Tatiana Siegel, “this type of candid conversation would never have taken place outside an actress’s agency.”

It may be tempting to dismiss the pay grievances of wealthy celebrities as petty one-percenter whinging, but something powerful is at play here. The famous women championing Time’s Up are savvy enough to know that literally millions of people are following their efforts to negotiate fairer salaries, thanks to society’s voracious appetite for celebrity news. Witness the excitement when Ellen Pompeo, the star of Grey’s Anatomy, detailed in an interview her ﬁght to “get what I deserve.” Thanks to these efforts, more and more women are talking—in restrooms, over coffees, via back-channel Slack exchanges—about that most taboo of topics: money. They’re comparing notes. They’re sharing tips. They’re getting angry. And it’s time for their bosses to pay attention.

For too long, it’s been too easy for employers—however well-intentioned—to shrug off the issue of inequity with asinine justiﬁcations:

Nonsense. In every developed nation in the world, women are now better educated than men, according to OECD data, which also shows that women earn on average 15 per cent less than men. It is often true that fewer women apply for jobs, but the quality of their resumés is generally better. A Hewlett Packard report, frequently cited in such bestsellers as Lean In and The Conﬁdence Code, revealed a tendency among women to only compete for positions for which they feel completely qualiﬁed. Men, meanwhile, felt conﬁdent applying with little more than half the relevant skills.

Actually, we do—we just don’t tend to get it. A 2016 study of 4,500 workers debunked this long-held notion of female timidity. It found female employees requested raises just as frequently as men but were successful 25 per cent less often. Even if this notion was true, is “don’t ask, don’t get” a wise way to run a business?

Sigh. Yes. Women who choose to have children often leave the workforce for a period of time, and sometimes require modiﬁed work schedules upon their return. Accommodating these shifts can be disruptive to employers (it is also disruptive to working mothers, who balance career anxiety, a disproportionate level of familial responsibility and the fear that their boobs will leak during a meeting). Yet despite all this, the research shows that working mothers waste less time at work, multi-task better and get more done than their colleagues.

The truth here is a little more nuanced. Broadly, the ﬁelds in which women outnumber men—human resources, consumer services, retail, marketing—do tend to entail lower wages and less chance for promotion. But often that’s because those ﬁelds are less rife with old boys’ club cronyism and more accommodating of flexible work arrangements. It’s not that we choose the path with less money. It’s that we don’t generally have many other options.

These weak justiﬁcations will slide into irrelevance as more women step forward to refute them. In taking their salary battles public, the women of Time’s Up are offering an example of what can be accomplished when we stop tolerating the status quo.

At this critical juncture, employers have a choice. They can continue making excuses for paying women less or they can admit there are serious systemic flaws, examine their own compensation policies and change how they recruit, retain and engage women employees at all levels of the organizational chart. One choice is easy. The other will put them on the right side of history.

Deborah Aarts is an editor-at-large at Canadian Business