Why this Ottawa couple moved into a PEI lighthouse

“For weeks we were looking at each other going, ‘Is this real?’” 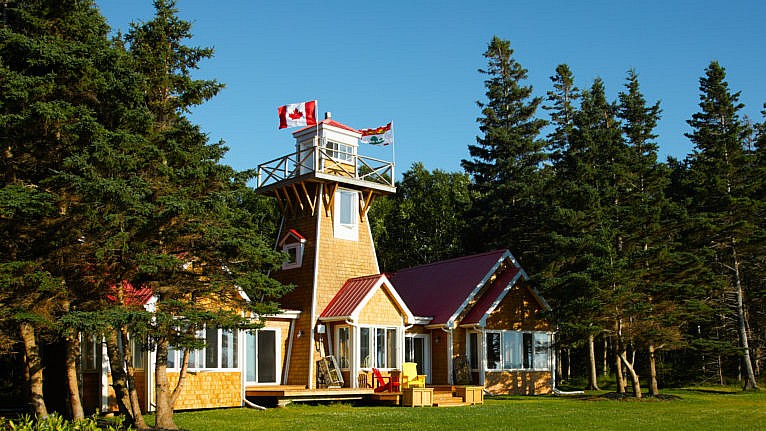 Garrett Rice and Shrouk Abdelgafar live in Ottawa, but they had long harboured a dream of owning a home on the water. Abdelgafar’s mother is from the seaport of Alexandria, Egypt, and Abdelgafar has always enjoyed the mellow pace and fresh seafood that come with coastal living. Rice, a senior business analyst who works in IT, and Abdelgafar, an English teacher turned civil servant, scoured real estate listings, eventually discovering an airy, wood-shingled lighthouse for sale in Lower Bedeque, P.E.I. Drawn in by its quirky character and the Northumberland Strait less than 30 metres away, they couldn’t stop imagining it as their future three-season home. There was only one problem: it was February of 2021, and the Atlantic provinces were still closed to outsiders as a pandemic precaution. The couple were unable to visit before making the purchase. “We were essentially buying a dream in a video,” says Abdelgafar.

Because the property is on a dirt road that isn’t maintained during the winter, they also had trouble securing the inspection. “The inspector made it three quarters of the way down the road, got stuck in the snow, and had to get a farmer to pull him out with his tractor,” says Rice. They decided to forgo the inspection entirely, making an offer but keeping it a secret from their family until the sale closed. “We didn’t want to seem insane,” Abdelgafar recalls. “Who buys a house without seeing it, without an inspection, in the middle of winter?” 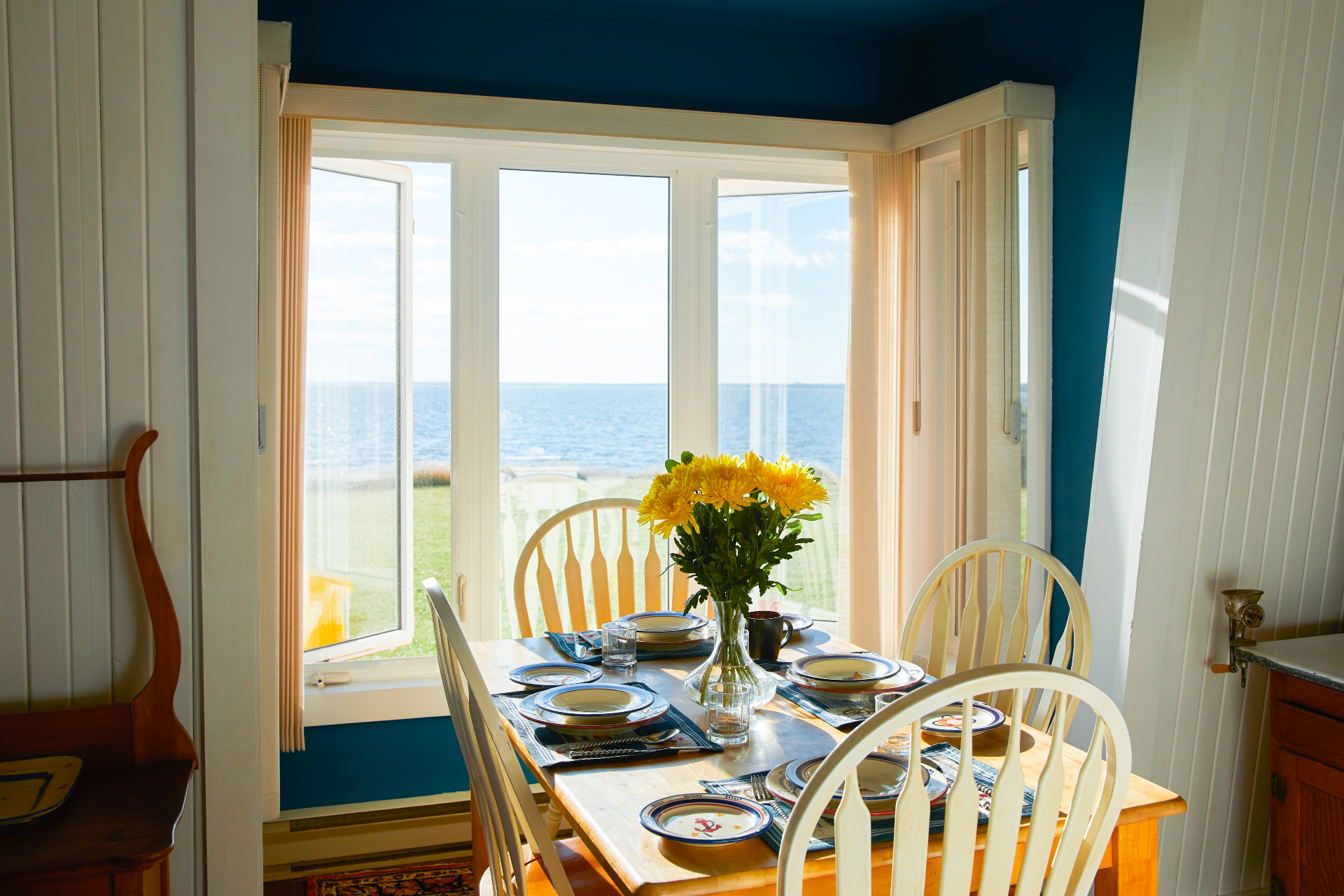 Driving up the remote road for the first time six months later, they passed through a lush canopy of trees that opened up to reveal the lighthouse. “It looked like a toy from the outside,” says Abdelgafar. Inside, the first thing they noticed was how expansive the house felt—something they hadn’t been able to gauge from the photos. The abundance of windows means almost every room in the house has views of the sun setting over 183 metres of coastline. “We felt like we were in a fairy-tale land,” says Abdelgafar. “For weeks we were looking at each other going, ‘Is this real?’ ”

The lighthouse, built in 1877, was decommissioned in 1961 and turned into a private residence in 1972, according to local historians, with additions built on each side. There’s little about the interior that reflects the building’s original purpose, but there are a few subtle hints: a hatch in the kitchen ceiling opens to reveal a ladder that ascends to a six-by-six-foot observation area, for example. The view stretches so far that the couple can see fireworks displays in Summerside, a few kilometres across the water. “You definitely get the feeling that you’re in some sort of Harry Potter tower,” says Abdelgafar. 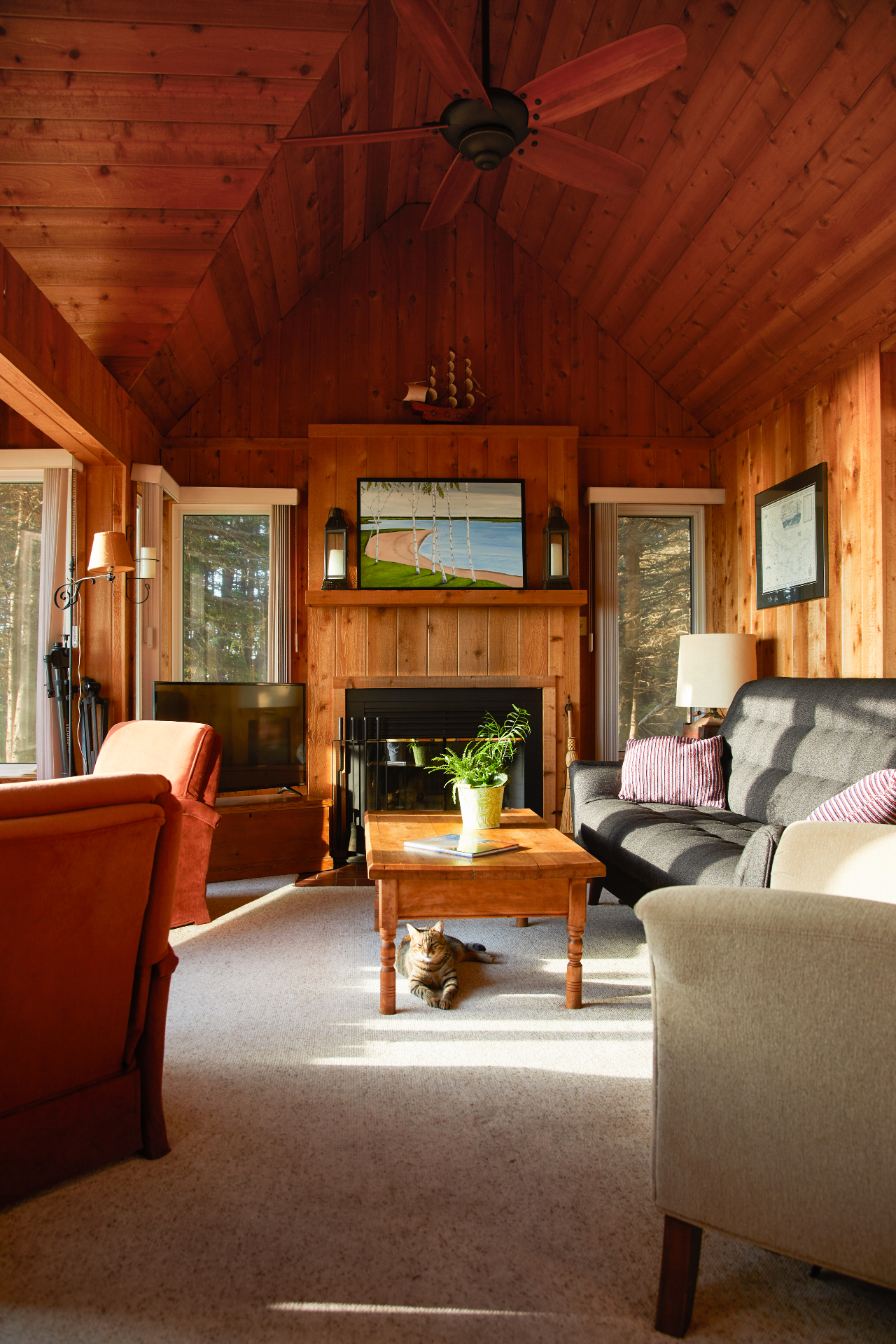 The second floor of the lighthouse consists of a small bedroom that Rice plans to convert into an office, and the third floor is currently dead space. Rice wants to take out the ceiling to expose the wooden beams for a more rustic feel, and replace the ladder with a staircase, so the climb will be more manageable as the couple ages.

Living in a lighthouse isn’t all idyllic views and cozy comfort. The walls of the tower taper upwards, so the fridge doesn’t sit flush against the wall, and there are visible cracks in the floor where the lighthouse joins the other sections of the house. Rice spends most of his spare time completing handy projects around the property. The gutters of the lighthouse frequently clog up with pine needles and need to be cleaned at least twice a year. Next on his list: resealing the decks to protect them from salt water. Due to pummelling ocean storms, some of the wooden shingles on the side of the house have begun to rot, and the window levers in the garage have rusted shut thanks to the salty sea air. Both need to be replaced. 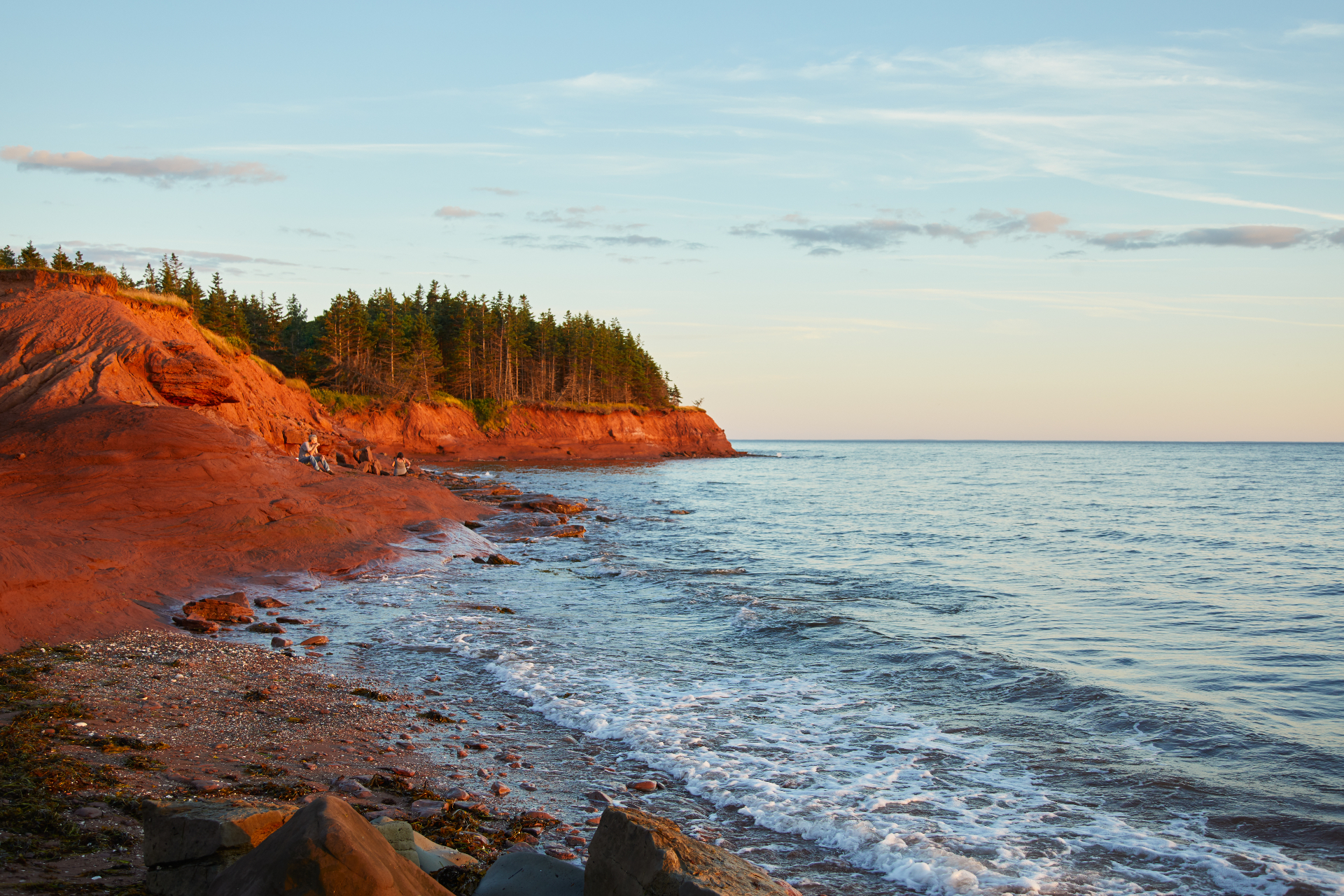 The upkeep is worth it. Rice and Abdelgafar love watching the sailboats and shifting tides from the deck, cooking local lobster and potatoes, and exploring the province. (The couple will maintain their residence in Ottawa, spending summers in P.E.I.) They enjoy climbing up the tower to watch the sun set over the water, and walking along the beach. A long stroll by the ocean puts life in perspective. “I don’t think I need to be on my blood pressure pills anymore,” Rice jokes.