A refugee from Pakistan, he became a student leader and anti-bullying activist in his new, snowy home 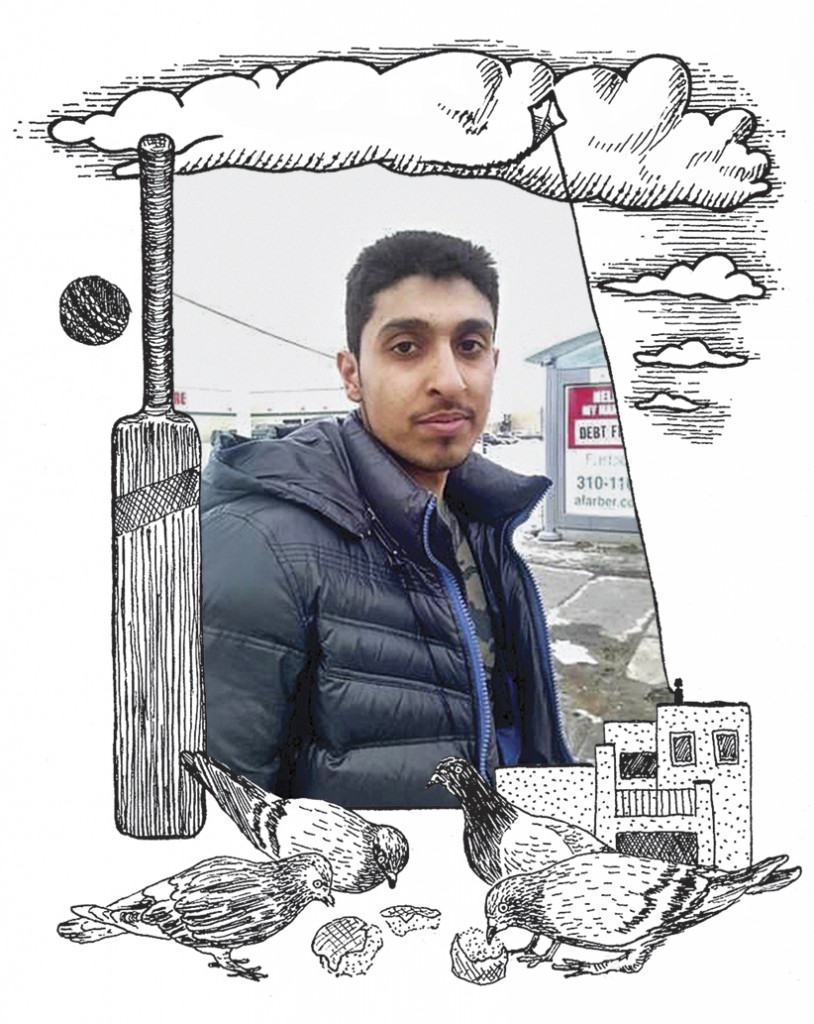 Hamid Aminzada was born on Jan. 8, 1995, in Peshawar, Pakistan, to Adela, a homemaker, and Sabir, a driver with the International Medical Corps, a non-governmental organization working with Afghan refugees.

The fourth of nine children, Hamid was a chubby boy with big brown eyes and a cherubic smile. He attended Alo Momanate primary school and, after classes, studied the Quran, then returned home to help his mother look after his many brothers and sisters. Hamid loved to cook, and was known for his naan bread and pakoras, which he liked to fry up to break the fast during Ramadan. When his father returned from work in the evening, Hamid would run to him and hug him and bring him a glass of water. “Hamid was always so helpful in the home, and would be the first child to offer to go grocery shopping for the family or for neighbours, as nobody had a car,” says Sabir.

The family lived in a two-storey house in Ittehad, in the Afghan Colony, near the old city of Peshawar. Hamid’s father had fled Afghanistan during the Soviet invasion in 1979. While family was everything to Hamid, he also sought out connections in the close-knit Afghan community in his neighbourhood, attending weddings, funerals and birthday parties. Intensely curious, he was always finding new interests and hobbies, and making new friends. “He was there in good times and in bad,” says his mother, “and the community gave him lots of love and affection in return.”

As a boy, Hamid liked to feed pigeons, play cricket in the field near their home and fly kites from the roof of his home. He also enjoyed National Geographic documentaries. Hamid excelled at math and science, and decided early on he wanted to become an engineer. “He used to make tiny cars out of old matchboxes and batteries,” says his father. “He once made an entire house out of cardboard and tape. He was always building things.”

In high school, he began studying English, as well as calligraphy. He also took up tailoring, sewing cotton shalwar kameez, the traditional Pakistani pants and tunic, on the family’s sewing machine.

In 2012, the family’s dream came true. After a lifetime of living without legal status in Pakistan, Canada accepted the Aminzadas as refugees. Hamid’s great-uncle, Muzafar Sadaat, owner of a fruit and vegetable shop in Brampton, Ont., had agreed to sponsor them. Finally, the family had a place to call home. “Hamid was so excited to be coming to Canada. His dream was to go to a foreign country and become something,” says his father. Hamid packed up his two prized possessions: a Farsi-English dictionary, and cricket bat and ball.

The Aminzadas arrived on Nov. 6, 2012, and settled in an apartment building in the Toronto suburb of Etobicoke, where Hamid’s father got a job working in construction at a window and door factory. There were no complaints about the cold, or talk of missing friends back home. Hamid threw himself into his new life and embraced winter, and the snow and trees all around him.

He, along with three of his siblings, enrolled in North Albion Collegiate Institute (NACI). Every morning, they walked to school together. Known for its cultural diversity and English-as-a-second-language stream, the school was a good fit. Hamid became something of a student leader, volunteering to be an ambassador. In this role, he helped to monitor the hallways, orient new students and serve food at the school’s breakfast club. Hamid had found a new community—though he kept in touch with his old one through Facebook and other social media. “He really felt like Canada was his country,” says Sabir. Eager to learn to drive, Hamid studied for his learner’s permit and looked forward to the day the family could afford to buy a car.

On Sept. 23, his sister didn’t see him at school at lunchtime, because he was busy taping up anti-bullying posters in a classroom. Talha Ansari, a fellow student, later told reporters he spoke with his friend that day, and recalled that Hamid gave him a hug. Moments later, there was a commotion in the hallway. Hamid was reportedly trying to break up a fight between two students. One of the students pulled out a knife and stabbed Hamid in the stomach and face. The school called police and an ambulance. Hamid was rushed to the hospital, but did not survive. He was 19.

FILED UNDER: bullying obituary the end