It's not just a teen concern anymore. Unwanted pregnancies–and abortions–are rising among women in their 30s and 40s 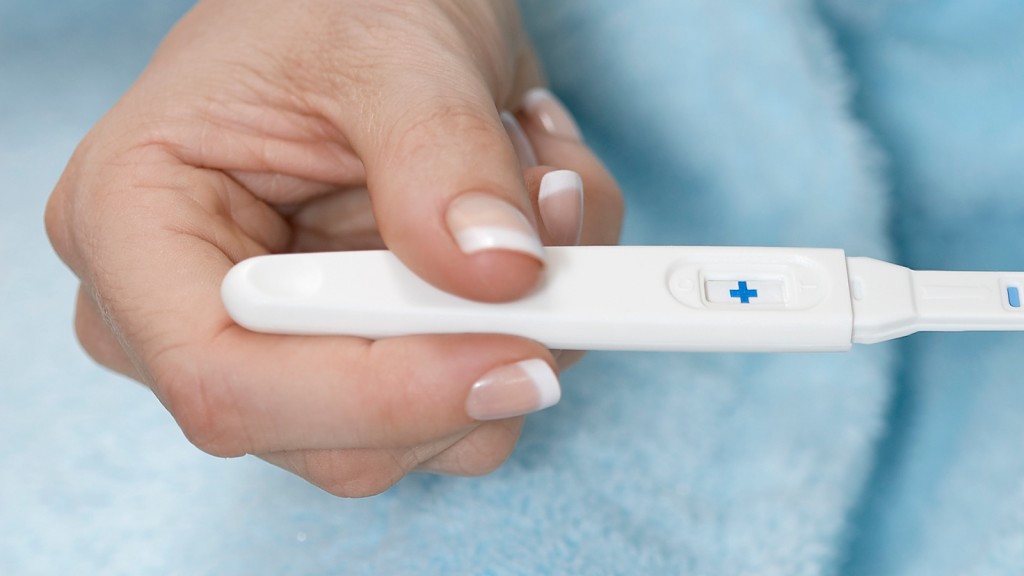 When Carrie (not her real name) was 33, she discovered she was pregnant for the fourth time. For the married Ottawa-area mother of three, the pregnancy was the product of an affair. They had used condoms all but once and, while she knew the risks of getting pregnant, they seemed small, given her age and the fact that she’d struggled with serious health complications in her last two pregnancies. “I had a hard time getting pregnant when I tried,” she says, “so I thought, because I was older, it wouldn’t happen.” The father balked at having another child. Unwilling to risk breaking up her 15-year marriage to raise four children on her own, she had an abortion.

Her first son, at age 18, had also been a surprise. But dealing with an unplanned pregnancy at 33 turned out to be a vastly different world. “I had more people to think about,” she says. “I couldn’t just make a selfish, rash decision, which is what you do as a teen.”

Abortion remains among the most politically and emotionally divisive topics, and yet, much of the debate over women’s reproductive rights is underpinned by the notion that unplanned pregnancies are primarily a young woman’s issue. In fact, there has been a slow but profound shift in the demographics of both pregnancy and abortion. Between 1997 and 2005, the last year Statistics Canada reported on the subject, the abortion rate among teen girls fell nearly 30 per cent. It fell less dramatically among women in their 20s, who still represent the majority of abortions.

“Most people, including many women themselves, mistake the notion that unplanned pregnancy is something that happens when you’re a teenager, that abortion is something teenagers deal with,” says Bill Albert, chief program officer for the National Campaign to Prevent Teen and Unplanned Pregnancy in the U.S., which is experiencing similar trends. “We have seen an extraordinary decline in teen pregnancies. We have not seen anywhere near the decline in unplanned pregnancies among women in their 20s and 30s.”

The shift in abortion demographics reflects the broader trend toward women delaying pregnancy. The average Canadian woman now has her first child at age 29, while the birth rate among women in their 40s has more than doubled in the past 20 years. Meanwhile, fewer teen girls are having abortions because fewer are getting pregnant in the first place.

Researchers are still struggling to understand what is behind the trend in unplanned pregnancies and abortions among older women. In the U.K., where the abortion rate among women over 30 has risen six per cent since 2001, the British Pregnancy Advisory Service points to the fact that many older women have stopped using contraception, because they assume they’re infertile after hearing stories of couples struggling to conceive through IVF and fertility experts warning of the risks to women who delay pregnancy. “We know from speaking to women that stories and campaigns suggesting it’s hard to get pregnant after 35 are having a real impact on women’s perception of their own fertility and, therefore, their use of contraception,” said chief executive Ann Furedi.

Nearly half the women having an abortion in their 40s that the agency has surveyed weren’t using any contraception, a rate much higher than teens and young women. American studies have found that among older women, those who are divorced or never married are less likely to use contraception, largely because some stop taking birth control pills when they’re not regularly sexually active, only to be unprepared when they start a new relationship.

Aging can also wreak havoc on women who primarily rely on natural birth control methods—such as timing intercourse around “safe periods” in their menstrual cycle—since cycles often become unpredictable after the age of 40. “They can have had a perfectly regular cycle and not had a single unplanned pregnancy in 15 years of marriage and then they hit 40 and their cycles change without them realizing it,” says Dr. Ellen Wiebe, medical director of Vancouver’s Willow Women’s Clinic, who co-authored a 2012 study on women having abortions over the age of 33. “They’re always really surprised, because they thought they knew their body well, and that they were old enough that it shouldn’t matter.”

Older women’s confusion over their own fertility is resulting in two seemingly contradictory trends when it comes to abortion: Some face the choice because they thought they were too old to get pregnant easily, while others make the choice because they are still struggling with the idea of becoming mothers at all. One 38-year-old told Wiebe and her colleagues that she was having an abortion, in part, because she didn’t want to start having children for at least two or three more years. “What I find so amazing is these women are ambivalent in their late 30s,” says Wiebe. “It was like, wait a minute, you’re getting close to your best-before date.”

Many know their fertility window is closing, but can’t see themselves raising children if they’re not in a stable relationship or financially independent, says Holly Yager, a Vancouver reproductive health and fertility counsellor and co-author of Wiebe’s study. “That comes up a lot, whether women have decided to get pregnant or to end a pregnancy: that at this age, I should be ready and my life should look like this,” says Yager. “There is just more pressure that they’re feeling, the expectation that they should be ready. And yet they’re not.” Even as close to a fifth of women go childless, that can make the decision to abort an unplanned pregnancy more fraught than for teens and younger women, who still have years to decide on motherhood.

But while it’s clear that women are choosing to start their families later, there is little hard data on what is driving the increase in abortions among older women in Canada, says Dr. Wendy Norman, a professor of family medicine at the University of British Columbia. (Not all provinces report detailed data on abortions, and the Public Health Agency of Canada’s survey of sexual health has so far only been given to those under the age of 25.) Norman’s research has found that roughly 31 per cent of Canadian women over 45 have had an abortion at some point in their lives. But researchers don’t know, for instance, how many unplanned pregnancies in women over 30 were because they were using contraceptive methods that have higher failure rates, such as the rhythm method, or because they have stopped using contraception altogether. The rising abortion rate may also be driven by women who are terminating planned pregnancies for medical reasons, such as fetal abnormalities, which are more common among older women.

All of which make it difficult for health care workers to try to address the underlying causes. “It’s very hard for us to understand what is happening with women in their 30s and 40s, who are seeking abortion at higher rates than previously, because we don’t have any national data collection on the factors that are going into the pregnancies,” Norman says.

That’s led to what some see as significant gaps in support services for older women who are dealing with unplanned pregnancies. For Carrie, the fact that she already knew the joys of motherhood made the decision to have an abortion particularly difficult. “I knew exactly what I was giving up,” she says. “I knew I was never going to get another chance.”

She also felt the staff at the abortion clinic assumed that because she was in her 30s and already had three children, she didn’t require counselling to help make the decision to end her pregnancy. Clinic staff told her abortion was likely her best option because of the complications with her past pregnancies.

Four years later, now 37, she’s still struggling with the emotional fallout. “[They] assumed I was old enough, mature enough to deal with it,” she says. “They were wrong. I very much needed help and was not given it. I think they focus on young girls and making sure they are okay with their decision. No one is doing the same for older women.”