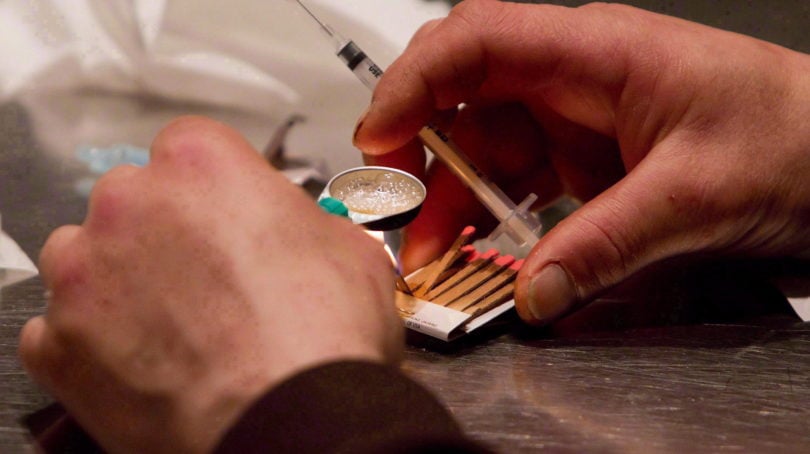 UPDATE, March 26, 7 a.m. EDT: B.C. drug users will be given access to a safe supply of drugs to encourage self-isolation during the COVID-19 pandemic. New prescribing guidelines allow health professionals to supply people with a history of substance use and a confirmed or suspected case of COVID-19 with the drugs they need to stave off withdrawal symptoms. The list of drugs available for prescribing includes opioids, stimulants, illicit benzodiazepines, tobacco, alcohol and cannabis.

Vancouver Mayor Kennedy Stewart in concert with B.C. Health officials lobbied for the extraordinary step to mitigate two ongoing health emergencies; the COVID-19 pandemic and the tainted opioid supply which kills three people in B.C. a day in overdoses.

While in self-isolation, patients will be encouraged to continue to practice safe drug use by “buddying up” with a friend while maintaining a two-metre distance and making sure a naloxone kit is at hand. The move announced by Stewart is backed by health officials and both the provincial and federal governments. —Adrienne Tanner

Business was brisk Thursday at Hastings and Main, an intersection in Vancouver’s Downtown Eastside, a neighbourhood which is ground zero for Vancouver’s street level flea markets and illicit drug trade. Hundreds of people milled about shoulder to shoulder, their hands exchanging money, drugs and assorted goods with sellers, their wares laid out on blankets on the ground.

Unlike other parts of town, where most people are taking social distancing to heart, on Hastings and Main, it’s as if COVID-19 doesn’t exist.

Barbara Parker, who was seated at a picnic table in nearby Oppenheimer Park, lives in a social-housing residence for women that has shared bathrooms, which makes hygiene a challenge. She says she heard about the need for social distancing, but the next minute she hugs a friend who plunks himself down right beside her. Across from her, just a few feet away, another man spits onto the ground.

“It’s in the air now,” Parker says of the virus. “There’s nothing we can do about it. It’s up to the scientists to work on it.”

Parker’s resigned view is not uncommon among Downtown Eastside residents, many of whom are drug users in a province where an average of three people a day die of opioid overdoses.

Of all the COVID-19 concerns, it is the challenge of trying to keep the city’s most vulnerable people in this neighbourhood alive that is keeping Vancouver Mayor Kennedy Stewart awake at night. “We’ve got 7,000 people living in SROs (single-room occupancy hotels) and around 3,000 homeless. So, I’m just rounding it off at 10,000 people who really can’t self isolate.”

In that mix are a high number of drug users who will refuse to stay home if they don’t have their drugs. Stewart has long been a proponent of “safe supply,” believing the state should prescribe drug users—particularly those using opioids which are increasingly tainted with deadly fentanyl—with a measured and amount of uncontaminated drugs. Now, as the novel coronavirus spreads, he is determined to find a way to supply users in the Downtown Eastside with safe drugs for the duration of the outbreak to aid social isolation cooperation: “I’m the one that has to make the decision, and I’m ready for this now.”

Stewart says he has asked federal health minister, Patty Hajdu, for an exemption to allow safe supply and raised the issue with Deputy Prime Minister Chrystia Freeland. “I’m hoping they will be accelerated,” he adds. If the federal and provincial governments don’t act, Stewart thinks he and Vancouver Coastal Health chief medical health officer Dr. Patricia Daly can devise a workaround, making use of a recent order by provincial Health Minister Adrian Dix allowing people to fill prescriptions by phone. Many Downtown Eastside residents already have methadone prescriptions and there are pilot projects prescribing safe opioids to small numbers of people. So an expansion is possible, Stewart says.

There hasn’t yet been a case of COVID-19 diagnosed in this area of the city, but Janice Abbott, CEO of Atira Women’s Resource Society which operates SROs and social housing for vulnerable women, has been gearing up for the inevitable by buying portable toilet for tenants in buildings with shared washrooms, switching to individually packaged meals and barring visitors. But more help is needed. Vancouver must take steps like Toronto, which acquired hotel rooms for homeless people, Abbott says. “We’ve got people who live check to jowl with shared bathrooms in poorly ventilated buildings. Without being alarmist, it’s a matter of time.” When the virus strikes, the blow could be very hard, she says. “Something like 40 per cent of the people down here have COPD (lung disease),” making them among the most vulnerable, she added.

Abbott agrees asking drug users to self-isolate without drugs is a non-starter. And if the city uses its emergency powers to confine drug users to their rooms without providing them drugs, they will plunge into withdrawl so suddenly, some will die. The strain that would put on housing staff is unimaginable, she says. “It’s hard to work with one person in withdrawl, never mind 50.” The province must forge ahead with safe supply, with or without federal approval, she says. “It’s the morally courageous decision.”

B.C. has long been at forefront of harm reduction and at times even flouted the federal law. In 2016, former provincial health minister Terry Lake allowed health authorities to open overdose prevention sites in social housing facilities, a decision which contravened the Controlled Drugs and Substances Act. “We decided to worry about whether we were breaking the law after the decision, rather than before, because I felt our first duty was to save lives,” says Lake. He urges politicians and health officials at every level to make the same call now on safe supply; it will aid social distancing and prevent deaths, both from opioid overdoses and COVID-19. “It will save lives,” he says, “pandemic or no pandemic.”

The provincial health ministry did not indicate by deadline whether it will support widespread safe supply during the COVID-19 crisis. But a Downtown Eastside task force has been formed with representatives from the city, BC Housing and Vancouver Coastal Health to address the area’s health needs. And like the mayor, Daly, the region’s chief public health doctor, is an advocate for safe supply.