Are we ready for the brave new world of artificial wombs?

In deciding whether to use artificial wombs, we need to revisit one of the oldest and most important questions in philosophy: What is a life worth living? 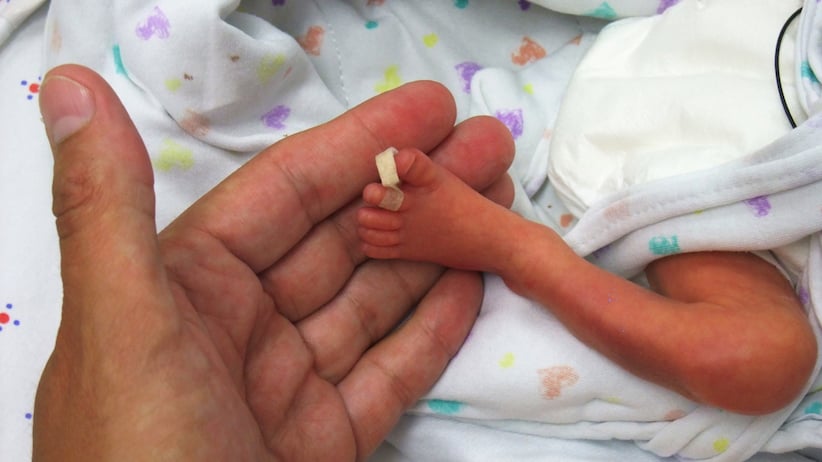 Researchers at the Children’s Hospital of Philadelphia announced recently that they had created an artificial womb in which lambs born prematurely were able to grow for another month. The technology has many people excited about the possibility of increasing the survival rates of babies born extremely prematurely—particularly before the 25th week of pregnancy—and improving the health of those that do survive. But we need to address some ethical questions about artificial wombs, even—and perhaps especially—as they raise the hopes of parents of premature babies.

An artificial womb consists of a clear, plastic bag filled with a synthetic amniotic fluid and an external machine, connected to the umbilical cord, that acts as a placenta to provide nutrients and oxygen. The device is entirely independent of a biological or surrogate mother. Researchers have tried to mimic conditions in the uterus as closely as possible to provide premature babies with an environment more conducive to healthy physical and mental development. They expect that artificial wombs will be ready for human trials in the next three to five years.

For some, artificial wombs raise fears of dystopian scenarios in which babies are conceived and grown, from conception to birth, with no connection to biological parents, save for donated eggs and sperm. Indeed, some observers worry that recent success with artificial womb technology brings us a step closer to Aldous Huxley’s nightmarish Brave New World. Others worry that women might be pressured to use the technology to shorten pregnancies and return to work earlier, or that insurance companies will pressure parents to use the technique against their objections if it might reduce health risks relative to less intrusive options.

READ MORE: The Charlie Gard story reveals what we won’t accept about medicine

Although these scenarios are worth further reflection as the technology develops and new uses emerge, the more pressing ethical question arises as we consider the implications of using  artificial wombs exactly as researchers intended. Researchers want to save lives. But, owing to health complications associated with premature delivery, the quality of some of the saved lives will be very poor. In deciding whether to use artificial wombs, then, we need to revisit one of the oldest and most important questions in philosophy: What is a life worth living?

When the life of a premature baby can be saved, but when the quality of that life has a higher than average chance of being low, should an artificial womb be used? Alternatively, is it better for the premature baby to have physical contact with his or her parents, even at the risk of death, knowing that such contact can be emotionally comforting for both parents and babies? If there is a higher than average chance that a baby will be born into a life of pain and discomfort, to what extent should we intervene to prevent nature from taking that life before it becomes fully viable and conscious?

Some philosophers who think about reproductive technologies more generally, suggest that we should adopt what they call a presumption in favour of the natural. Human beings should be extremely cautious and must have compelling grounds, they say, to use any technology in ways counter to the fate that nature appears to have set out for us. Nature’s decisions may seem cruel, but perhaps there is some wisdom in nature that we are unable to grasp and should respect.

Yet, abandoning to nature the moral responsibility and agony of choosing is not a moral approach at all. It is impossible to avoid using technology to sustain our lives, our communities and our moral universe. Our health-care systems are already well-beyond using the concept of the natural as a guide—if ever it was a true guide. Premature babies not placed in artificial wombs are often placed in incubators and connected to a room full of diagnostic and therapeutic machines to monitor their health and keep them alive. In other cases, families and physicians decide that intervention is futile or unappealing. Nature’s course is just one among many that we can choose to realize our moral values and responsibilities.

Still, using artificial wombs to save lives that could be unbearable is fraught with ethical risk. And part of what makes the issue so difficult is that the individual whose very existence is being discussed lacks the opportunity and capacity to participate in the discussion. If we err on the side of saving children who, later, might decide that their lives are intolerable, we would bear great moral responsibility for the harms they endure. By contrast, if we err on the side of letting nature decide the fate of premature babies, we would have to accept that many of those babies would have survived and embraced the lives that they were given, however challenging.

There are few clear and comfortable answers to these questions that can be applied to all cases. As the technology develops and families and physicians consider using it, ethical issues will need to be addressed on a case by case basis, taking into account parents’ wishes, best assessments of individual babies’ health and development prospects, and the advice of health-care practitioners and counsellors.

As agonizing and traumatizing as these decisions can be for those involved, artificial wombs provide a new source of hope. The challenge is to use the technology when appropriate and not simply because we can.

Dan Munro is a Visiting Scholar and Director of Policy Projects in the Innovation Policy Lab at the Munk School for Global Affairs at the University of Toronto. Listen to The Ethics Lab on Ottawa Today with Mark Sutcliffe, Thursdays at 11 EST. Follow him on Twitter @dk_munro

MORE FROM THE ETHICS LAB: