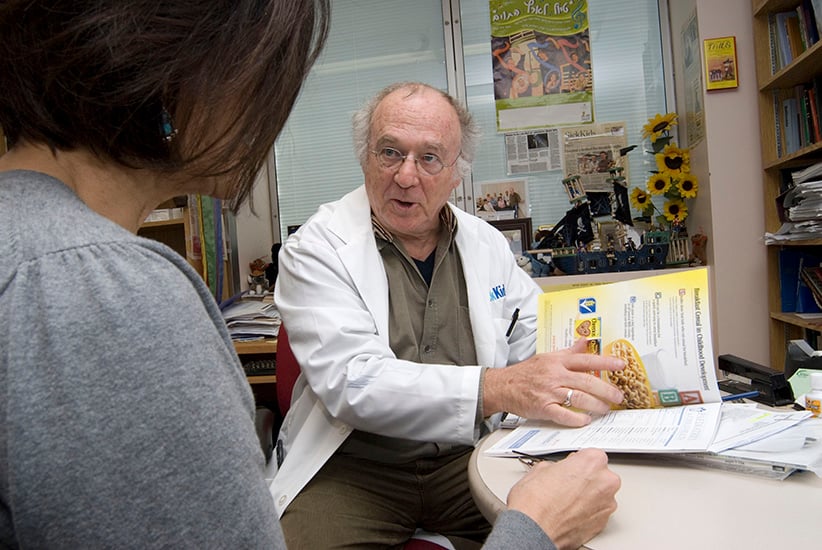 When retired Ontario Court of Appeal Justice Susan Lang submitted her independent review of the Hospital for Sick Children’s Motherisk Hair Testing Laboratory to the provincial government in December, she appended a cover letter to the province’s attorney general. This letter, released with the full report, described the world-renowned hospital’s testing of hair for drugs and alcohol used in thousands of child services cases and criminal courts as “inadequate and unreliable.” Testing “did not meet internationally recognized forensic standards,” Lang added, ending with this: “The use of the laboratory’s hair-testing evidence in child protection and criminal proceedings has serious implications for the fairness of those proceedings and warrants an additional review.”

Lang’s letter, rather than her explosive 366-page report, was widely quoted in the surprisingly muted media coverage of her investigation, which was commissioned more than a year ago after the province’s highest court set aside the 2009 conviction of Tamara Broomfield on various charges, including assault causing bodily harm, aggravated assault, failing to provide the necessities of life and administering a noxious substance. That decision by the court put the spotlight on inadequacies in evidence produced by the Motherisk drug-testing lab (MDTL) and the “expert” testimony of its director, Gideon Koren. Both contributed to Broomfield being sentenced to seven years for various offences, including two counts related to administering a near-lethal dose of cocaine to her two-year-old son, who had previously been hospitalized with an unexplained seizure.

But “inadequate and unreliable” fail to adequately capture the jaw-dropping details of Lang’s investigation. Even members of the Toronto-based Family Lawyers Association, which submitted briefs to the judicial review process, found the report “startling,” says its acting chair, Katharina Janczaruk: “Most of us had the impression that the testing was inaccurate; the fact it was found totally unreliable by judicial finding was alarming.”

Employing measured, lawyerly language, Lang exposes a cascade of “flaws” and failures in the lab run within the hospital’s Motherisk unit, founded in 1985 by Koren to provide advice and research to doctors and the public about the risks of drugs, chemicals and environmental agents in pregnancy and lactation. By the late 1990s, Lang writes, the lab was receiving requests to test hair for drug and alcohol use; in 2001, the MDTL “began to promote its hair-testing services to child protection agencies.” According to SickKids’ estimates, not verified by the independent review, the lab tested 24,200 samples between 2005 and 2015 before it was shut in April; 59.3 per cent had positive test results. According to Family Law Association briefs, the MDTL was used in virtually every child protection case in Ontario where there was a “mere suspicion” of parental drug use. The courts “overwhelmingly” accepted its hair-test results, the association wrote; once introduced into evidence, the court relied on hair testing to monitor a parent’s progress “almost to the exclusion of other evidence.”

Yet, as Lang outlines, clients, primarily child services agencies, did not get value: for years, the lab used outdated, inadequate testing protocols, failed to ensure the integrity of samples and lacked proper oversight. Koren, a clinical pharmacologist, was not qualified to be MDTL’s director, Lang writes: “Dr. Koren saw himself as an expert in the interpretation of [hair-testing] results,” though he “never had formal training in forensic toxicology or any experience in a forensic toxicology laboratory.” Moreover, she states, “it is clear that [Koren] did not understand the basic elements of forensic toxicology that are necessary to provide interpretations of test results.” Koren also “was not trained to testify as an expert” in court, Lang writes. Yet Broomfield’s conviction rested “in part, on the basis of evidence from Koren about the results of hair tests performed on her child,” the report states, going on to say that “the trial judge accepted Dr. Koren’s evidence in the Broomfield trial, including the claim that ‘these levels are the highest our laboratory has ever measured,’ as ‘credible and compelling.’ ” (Maclean’s request for an interview with Koren, made via his lawyer, received no response.)

Koren also did not ensure the other “individuals who were providing routine [hair-testing] interpretations were properly trained and qualified to do so, and that they provided reliable interpretations to customers and other users of the test results in individual cases,” Lang concludes. Although Koren signed results reports from 2005 to 2010, “neither Dr. Koren nor anyone else within MDTL reviewed or checked” the technicians’ work, Lang writes. Koren, who declined the investigation’s request for an interview but provided answers to written questions via his lawyer, said he was “not verifying himself that the actual numbers were correct” but “was signing to confirm that he had confidence in the technician.”

Lang’s report outlines patterns of behaviour. The MDTL submitted reports from another lab as its own work to the Society of Hair Testing as part of proficiency test submissions, something Koren “denied knowing” until February 2015, Lang writes. She notes that “MDTL’s leadership appeared to be aware of the potential pitfalls of using concentration ranges to interpret hair-test results. However, the laboratory practices made clear that it used concentration ranges to draw inappropriate and incorrect conclusions about level and frequency of use.” Koren and a lab manager also overstated the sensitivity and understated the limitations of a commonly used screening test in court testimony, Lang writes. Koren’s boast in court that MDTL had “tight quality control protocols” was also not supported by fact, Lang writes, noting there was no evidence it used the standard “chain of custody procedure” to ensure sample integrity. During the Broomfield trial, Koren and a lab technician testified the child’s hair samples “were washed before testing,” a vital step to ensure they no longer contained dirt or trace drugs. But they failed to provide supporting documentation, Lang writes, which meant “no conclusions could be drawn about whether the child had ingested, rather than been exposed to cocaine.” SickKids, it seems, did not oversee the MDTL: “Koren reported to the chief of research, but the research institute’s role was not to exercise any operational or analytical oversight over MDTL as a laboratory.”

That Koren was given free rein reflected the power he wielded within SickKids. For decades, he was the avuncular, public face of Motherisk, as well as a prolific researcher, a mentor to many and a clinical-trial rainmaker. The recipient of countless international honours, including the Top Achievements in Health Research Award from the Canadian Institutes of Health Research in 2011, Koren held singular influence within pharmacological pediatrics. Even disciplinary action taken against him in 2003 by the College of Physicians and Surgeons, the University of Toronto and the hospital didn’t affect his Motherisk leadership. That action was in response to a public scandal that arose when SickKids’ hematologist Nancy Olivieri went public in the late 1990s with what she believed to be serious side effects in an Apotex-produced drug to treat a childhood blood disorder that she was researching with Koren. Later, Koren was found to have sent out anonymous letters to discredit Olivieri, which he denied doing until presented with DNA evidence. He was found guilty of other offences: putting his name on reports drafted and co-authored by Apotex-funded researchers who used Olivieri’s data but didn’t mention risks she’d identified; giving incorrect and false testimony against Olivieri; and failing to disclose a $250,000 grant from Apotex. In recent years, Koren and the hospital have come under media scrutiny for Motherisk’s support of the use of SSRI antidepressants during pregnancy, Koren’s research involving a popular morning-sickness drug and failing to disclose his financial relationship with Quebec-based drug manufacturer Duchesnay Inc.

Lang’s report also begins to lay out the arithmetic of the incalculable human cost the MDTL testing potentially has had on the “most vulnerable or marginalized members of our society.” That will take years to unbundle, she concludes, calling for a second investigation that could take three years. Review by the “Crown Office—Criminal” identified six criminal cases, including Broomfield, in which MDTL evidence was used in a conviction. “Criminal cases involving MDTL hair-testing evidence also merit the scrutiny and resources of a further review,” Lang writes.

Questions remain. Despite the Court of Appeal’s ruling that found serious problems with the MDTL in October 2014, the hospital didn’t suspend hair testing until March 2015. That concerns Mary Ballantyne, CEO of the Ontario Association of Children’s Aid Societies: “We were reassured for months that the testing was good and reliable,” she says. “It is a world-renowned hospital, so we were taking what they were telling us at face value.” The hardest part to read and hear was that this was an institution where you would expect significant rigour, says Ballantyne. “We were told ‘gold-standard’ testing was in place, which wasn’t the case.” SickKids’ spokesperson Matet Nebres told Maclean’s in an email that the hospital only learned of problems with the lab’s tests after “issues regarding the reliability of the MDTL results were first raised.” She says at that time, “we were shown proficiency test results, which gave us the confidence that the MDTL’s work was reliable.” Then they “discovered that some historic proficiency tests results were not generated by the MDTL” and “immediately shared our concerns with the Lang review team.”

SickKids conducted an internal review, which it made public in October. That investigation revealed that the MDTL submitted tests from other labs to the Society of Hair Testing; it noted that, after 2010, the lab switched to the alleged “gold-standard” protocols to test most drugs, but still used less-definitive tests for some, including cannabinoids, until the lab was shut down in April. Until that time, the enterprise was an income generator; Lang reports that MDTL’s financial forecast showed income for 2004-05 of $624,875: “Based on the increasing number of tests, the laboratory’s income would likely have increased also,” she writes. This week, Nebres told Maclean’s that the tests, ranging from $50 to $150, brought in an average revenue of $1.3 million annually.

In an October interview with the Toronto Star, SickKids’ president and CEO Michael Apkon called MDTL practices “unacceptable.” Yet there is no indication that Koren has or will be subject to disciplinary measures. He retired last June but remains a presence on the international conference circuit, speaking at a conference on hyperemesis gravidarum, severe morning sickness, in Sweden in October. The College of Physicians and Surgeons of Ontario “cannot confirm any ongoing investigation,” a spokeswoman told Maclean’s. SickKids sent a copy of its internal review to the College in October, Nebres said, adding: “We will not comment further on HR matters and issues related to professional regulation.”

Meanwhile, the work ahead for child-service agencies will be arduous, says Ballantyne, with focus on high-priority cases where decisions may be imminent. Context is necessary, she says. Hair-strand testing was one of numerous items leading to a decision about a child within a family: “Many, many thousands of tests were done, but that doesn’t mean there were thousands of bad decisions. We’re trying to find those where that might have been the case.” Sorting it out is destined to take a human and financial toll, she says. “How do you put a price on the extra anxiety, tension and frustration that children and families may be feeling?”

Last week, Apkon, who was not available for interview, responded to Lang’s report with a careful statement: “We deeply regret that practices in, and oversight of, this particular program did not meet SickKids’ standards of excellence,” he said. “We extend our apologies to anyone who feels they may have been impacted.” The response is “inadequate,” says lawyer Janczaruk: “The Lang report makes it clear people have been impacted. Now the question is ‘How?’ ” Count on that answer to play out in a parade of accusations, potential litigation and unanswered questions for years to come.