Canada is under pressure to show leadership as Lyme spreads, but its 'action plan' shows it's out of touch 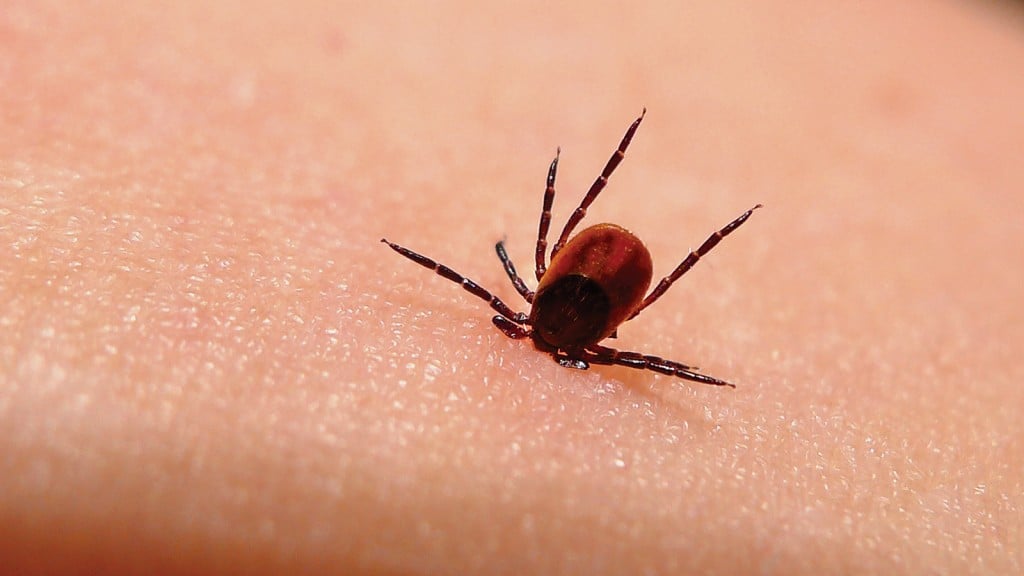 The term “litterbug” was popularized in the 1950s in public service announcements produced by Keep America Beautiful, a non-profit composed of government agencies, citizens, and corporations—Philip Morris, Anheuser-Busch and Coca-Cola, among them. The group wanted to draw attention to the growing problem of litter on newly built highways. The campaign was a success; “litterbug” remains a pejorative. But putting the onus on individuals as the cause ignored a larger, systemic problem we’re grappling with to this day: the excessive, extraneous packaging of consumer goods.

The litterbug story came to mind when I spoke recently with three scientists at the Public Health Agency of Canada (Gregory Taylor, deputy chief public health officer; Robbin Lindsay, head of field studies; and Nick Ogden, senior research scientist) about the agency’s new Lyme “action plan,” which includes talking to journalists to get the word out. An initiative to raise awareness, and to improve diagnosis and treatment, of the tick-borne infection is desperately needed in this country. Incidence of Lyme is on the rise, abetted by global warming, which extends ticks’ habitats. The spectre of a Canadian “Lyme epidemic” prompted Green Party Leader Elizabeth May to propose Bill C-442, itself a “national action plan” on Lyme disease. It passed through third reading in the House of Commons in June and has been referred to the Senate.

The bill was necessary. Canada has assumed the ostrich position toward Lyme for decades. Stories abound of people eventually diagnosed who were initially told by their doctors that they couldn’t have contracted Lyme because black-legged ticks don’t live in the vicinity. Lawsuits have been launched, one against the Canadian military. Lyme misdiagnosis in Manitoba is the subject of a Ph.D. thesis. It is a topic riven by rancorous debate. One area of dispute is the conventional wisdom that Lyme almost always announces itself via a bulls-eye rash. Lyme advocacy groups and “Lyme-literate” doctors dispute this—a position backed by a recent study of children in Nova Scotia that found undiagnosed Lyme led to arthritis: 76 per cent of those children showed no sign of a rash.

As that story illustrates, getting Lyme diagnosed can be difficult. As reported in Maclean’s, the two-tiered testing protocol used in Canada and the U.S. is riddled with false negatives and is unable to detect all bacterial strains and co-infections. Health Canada said as much in a 2012 advisory. Lyme’s early symptoms—fever, chills, joint pain, headache—accompany many conditions. Yet, early detection and treatment is critical; untreated Lyme affects neurological and motor functions, manifesting symptoms often misdiagnosed as MS, Parkinson’s and ALS. Lyme advocacy groups refer to this as “chronic Lyme,” a definition rejected by the Canadian government and by the Infectious Disease Society of America (IDSA), which sets Lyme treatment guidelines. They both refer to lingering or worsening symptoms as “post-treatment Lyme syndrome,” which assumes Lyme was identified and treated in the first place. Here, too, debate is polarized. IDSA guidelines advise Lyme can be effectively treated with no more than four weeks of antibiotics. Lyme advocacy groups and doctors believe long-term antibiotics are required to vanquish the infection; Canadian doctors who’ve treated “chronic Lyme” with long-term antibiotics have been disciplined and/or seen their medical licences revoked, sending many Canadians to the U.S. for treatment.

It would be good to report that the government’s new “action plan” brings clarity, direction and help to Canadians suffering from Lyme disease—as well as those currently undiagnosed. But, fairly quickly, it becomes clear that by “action,” the government is referring to what people need to do to avoid being bitten by a tick in the first place. A big part of its awareness and education includes directives: Wear long sleeves and light colours in the brush; use bug repellant; shower after being outdoors; do daily “full body” checks for ticks on yourself, children and pets. Those who find a tick are advised to send it in for analysis. Canadians are also told to keep their lawns “well-maintained” and “to seek medical help if experiencing a range of symptoms.”

“We would like to see people not get infected at all,” says Gregory Taylor, optimistically. Anyone with a history of walking in the woods who has seen a tick and has some of the symptoms should seek help and receive early treatment to avoid “having the long, bad outcomes with Lyme,” Taylor says. That scenario suggests Lyme is a rural concern—which it’s not, as the directive to tend lawns makes clear. Similarly, a focus on spring and summer as “tick season” suggests ticks are seasonal, like corn or peaches. But they live through the winter as well.

Yet, let’s say someone walks in the woods, sees a tick, and has symptoms. The system they face remains unchanged—and that’s a big problem. The government plan promises “improved diagnostic methods, as they become available.” But Taylor expresses satisfaction with the status quo: “I think diagnostic testing in Canada, currently, is on a par with what’s in the U.S., and it’s a validated test,” he says. Treatment protocols are outside the government’s purview, says Taylor, though he speaks enthusiastically of research on antibiotics used as a prophylactic on those exposed to a tick bite, before symptoms emerge. He expresses concern about long-term antibiotic treatment, noting risks of antibiotic resistance and diarrhea. More research is needed, he says. Even so, he speaks of a system fixed in its ways. Doctors diagnosing conditions with Lyme-like symptoms reject the Lyme diagnosis, he says: “Specialists in neurology or rheumatology don’t believe it’s Lyme.”

The action plan also focuses on tick surveillance—along with “new methods of controlling the ticks that carry and spread Lyme disease.” Jim Wilson, president of the Canadian Lyme Disease Foundation, expresses skepticism: “I wish them luck with that,” he says. His organization has been involved in ongoing consultation with the government; one condition of its participation, he says, was that the government update information to say a bulls-eye rash is not always present in most Lyme cases. Talking to government scientists, “messaging” about the rash is still unclear. Taylor reports that 75 to 80 per cent of Lyme cases are accompanied by a bulls-eye rash; Lindsay interjected to say that a rash is seen in fewer than 80 per cent of cases and that it may not always look like the classic bulls-eye. “We’ve altered our messaging away from that,” Lindsay says. Still, doctors looking for information about Lyme on the government’s website will find it says that a bulls-eye rash is present in 70 to 80 per cent of cases.

Clearly, the government is under pressure to show leadership. But the fact that it’s focusing on a Lyme “action plan” suggests it’s out of touch. What’s needed instead is a “tick action strategy,” given rising incidence of diseases spread by ticks, including babesiosis, which has been dubbed “American malaria” because it can be fatal. In 2012, the Centers for Disease Control was notified of 911 cases in the 22 states where incidence is reportable. Less than half of those reporting it—43 per cent—recalled having a tick bite in the eight weeks before symptom onset. It’s also spread via blood transfusion and from mother to child. Seven cases of babesiosis in blood recipients were classified by the reporting state as transfusion associated; one reported case was attributed to congenital transmission from mother to child.

When I asked what measures are being taken to ensure the Canadian blood supply is safe, Taylor said there is “no evidence of anyone being infected with Lyme via blood transfusion.” Lindsay jumped in to say several hundred cases of babesiosis have been reported in the U.S., but the risk in Canada is far lower. Canadian Blood Services has been conducting serological surveys on close to 30,000 blood donors and none was positive, he says. Still, there’s “concern” about babesiosis in future, Lindsay says: “In some locations, we are starting to see what appear to be established infections within small mammal populations.”

CanLyme’s Wilson sees the government’s “action plan” as pre-emptive. “They know what’s coming down the pipes,” he says. According to Health Canada, there were 500 reported cases of Lyme in Canada last year, up from 128 in 2009, when the agency started keeping track. At a hearing into Bill C-442 in May, an infectious disease specialist claimed Lyme “will affect more than 10,000 Canadians per year by the 2020s.” Wilson believes we’re at 10,000 Lyme cases annually. He expresses concern that no infrastructure is being built to deal with the mounting numbers: “We’re talking billions of dollars in health care and other tax dollars of social assistance [for people disabled by Lyme],” he says. Instead, Canadians are being told to conduct full body searches for ticks—not unlike the motorists who were told 60 years ago that not tossing a wrapper on the highway would somehow, magically, solve the problem.