How to survive your doctor

Advice from a seasoned M.D. on beating medical arrogance and a flawed system 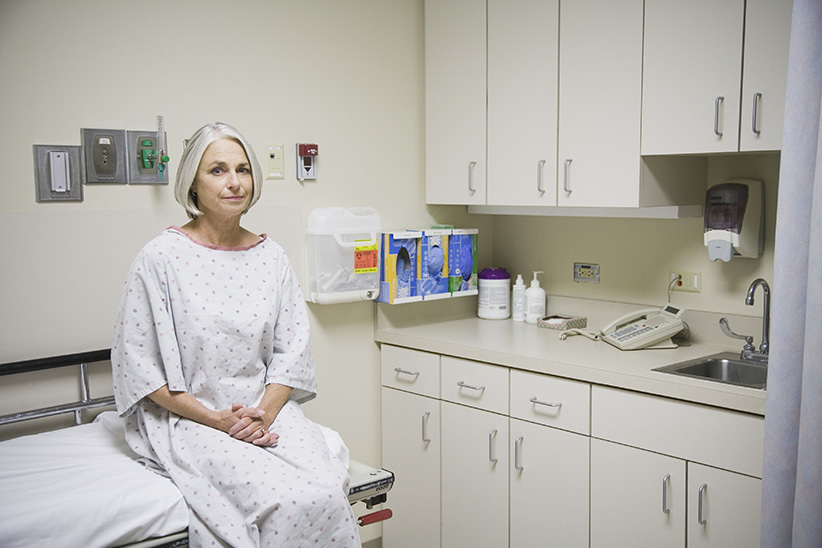 During her second year of residency at Kings County Hospital in Brooklyn, Dr. Erika Schwartz was called to the ER to admit an elderly patient with a blood clot in her lung. She quickly realized the situation was dire and the woman was not going to make it; nothing she could have done would have saved the woman’s life. Realizing she would have to present this death in the morning to a department head known for his harsh treatment of residents, Schwartz wanted physical evidence of the cause of death. “I dragged the radiologist from his bed in the on-call room and begged him to perform an angiogram on the dying woman,” she writes in a new book, Don’t Let Your Doctor Kill You. “She drew her last breath on the cold, hard angiography table. I had my proof.” Schwartz then went to the waiting room to tell the woman’s husband that his wife of 50 years had died.

Schwartz, who went on to run a major trauma centre before opening her own private practice in New York City, has relived that moment throughout her 40-year career. “My actions were insensitive and inhumane,” she writes now. “The decent way to handle that situation would have been to sit down with the husband and tell him his wife was going to die; to tell him the truth about the reason why I wanted to have the angiogram; to allow husband and wife to be together for the few hours she had left.”

Schwartz’s book has numerous anecdotes about a lack of transparency in hospitals, the epidemic of over-testing and the dire state of doctor-patient relationships. She argues for the days of house calls, when doctors relied on their knowledge of their patients’ lifestyles and circumstances—not on a bevy of tests, technologies and drugs. She implores doctors to return to the profession’s sympathetic roots, and advises patients on how to find the right doctor, and be the right kind of patient—one who recognizes that she knows her body better than doctors do, and will not accept rude, impersonal care. “The word ‘kill’ in the title is not just about someone giving you the wrong medication or botching an operation,” says Schwartz, though, each year, more than 98,000 Americans and as many as 24,000 Canadians die from these kinds of medical mistakes. “It’s also how doctors will annihilate you as a person.”

Schwartz works in the U.S., but says the problems are universal. She places a lot of the blame on medical schools, with their culture of humiliation of residents before their peers. “Doctors emerge from medical school blindly following the authoritarian indoctrination they endured for four years,” writes Schwartz. “You’re trained to make life-and-death decisions in impersonal and emotionally disconnected ways.”

But that doesn’t mean a patient has to accept it, says Schwartz. Be prepared to walk away if the doctor doesn’t ask questions about your family, your job, your lifestyle, doesn’t make eye contact, isn’t listening and isn’t open to being questioned. “Unless you’ve been hit by a bus or are having a heart attack,” says Schwartz, “you have time.” Keep the focus on the ailment you came in for and ask how every recommended test will apply to your treatment. She’s seen too many patients enter the health care system for something minor and put themselves in the hands of doctors, who, in a blind pursuit of diagnosis, over-test and over-treat. Inevitably, the patient ends up sicker. “It’s like donating your body to science while you’re still alive.”

Throughout her career, Schwartz has honed her brand of patient-centred care. She bans pharmaceutical reps from her practice, doesn’t prescribe drugs that have yet to stand the test of time, and will make house calls. Appointments start in her office, with chatting in comfy chairs. (They move to an examination room if necessary.) It may sound corny, but Schwartz believes making her patients her friends, listening to them, supporting their decisions and, yes, even hugging them, has a dramatic and positive effect on their health. “We have learned to be service-oriented in every industry,” she says. “Yet, when you enter the health care system, where it’s life and death, you’re treated like a second-class citizen.” She thinks it’s time to fight back.